Finally FOES from Liverpool, took to the stage. I thought that this band would get a lot more faces in the crowd as it was their show but again it was mostly a few people and the other bands showing their support. Throughout every track Chris’ vocals were highlighted and his vocals were melodic and crisp. The lead vocals and the backing vocals blended naturally. The guitarist was very energetic and was moving about on stage quite a bit. 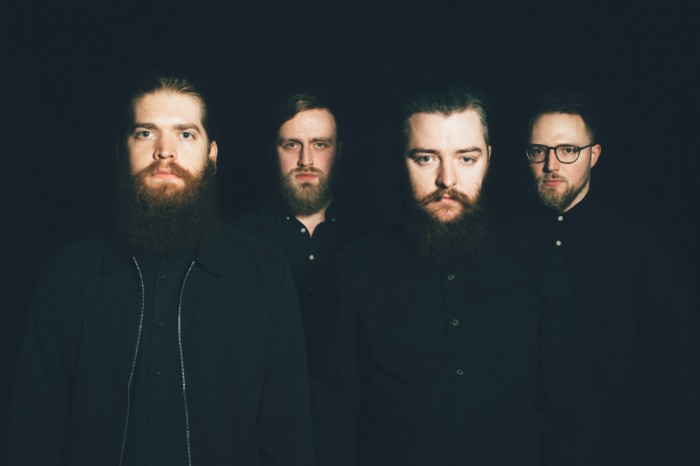 It was a rainy Monday evening and off I went to my usual gig venue, Fuel to see Foes on the Cardiff leg of their tour. The crowd overall was very small, mostly being bands and a few friends of the bands. But the small crowd didn’t ruin the energy and amazing atmosphere of the gig.

Opening the gig were Alt Rock trio Blank Atlas from Bristol. As it was the first band of the night the crowd was very small. They played a few tracks off their new EP that they recently released a week before this gig. Their set ranged from some fast paced tracks and some slow paced tracks. One of their slow tracks was “Buried”, I really enjoyed the chorus of this track because the lead vocals and backing vocals sounded beautiful together. At times during the track I found that the drums were a bit overpowering and found it a little hard to hear the vocals but this was because of the sound system. They did interact with the small crowd keeping them interested during tracks including Buried, Liar’s Eyes and Running.

Next up were a pop-punk, Alternative, rock quartet Diamond City from Abergavenny, South Wales. Again, the crowd was still quite small. From the start to the end of this set the band were very energetic. Joel’s lead vocals were impressive with some melodic backing vocals from the rest of the band Ciaran, Luke and Roy. Luke’s catchy drumming and Ciaran’s strong guitar riffs kept tracks lively including Warnings, Beté Noir and Pavements.

My favourite Rock quartet In Requiem from Pontypridd, South Wales were up next! The sound system went terribly wrong but in no way did that stop the incredible four from putting on an outstanding performance. Their set was cut short so they had to leave out my favourite track “Holy Hands”. Adam’s very melodic vocals led the band through their awesome line up of tracks. Adam kept his energy high during their tight set including ‘The Beast Inside’, ‘Carnivore’ and ‘Shelter (Save Me)’. Lee’s drums were clear and powerful throughout their rock and groovy tracks. The light and angelic backing vocals from Grant mesmerized the crowd. Owen’s strong guitar riffs always impress me at every show.

Next on the line-up was Siamese, a rock quintet from Copenhagen. Firstly these guys definitely made their presence known, they were all energetic and I was surprised that they kept their energy high on that small stage from beginning to end. Vocalist Mirza interacted with the crowd well by telling them to move their heads to the song and take a step closer to close the gap between the crowd and the stage. Another thing that struck me about this band was that they had a violinist in the band….A VIOLINIST! I’ve never seen a band like this before but with Christian on the violin it was a pleasant set to watch! Mirza’s vocals definitely kept the crowd lively as they soared thought tracks including ‘Avaritia’, ‘Ablaze’ and ‘Tomorrow’. ‘A Liar Cried Wolf’ has got to be my favourite track of the whole night, the opening of the track highlighted Christian’s violin riffs beautifully and as Mirza sang the words it took my breathe away!

Finally FOES from Liverpool, took to the stage. I thought that this band would get a lot more faces in the crowd as it was their show but again it was mostly a few people and the other bands showing their support. Throughout every track Chris’ vocals were highlighted and his vocals were melodic and crisp. The lead vocals and the backing vocals blended naturally. The guitarist was very energetic and was moving about on stage quite a bit. The drums held a consistent beat and rhythm which got the crowd lightly head banging in sync. A few songs into the set, the band became livelier and the crowd seemed to enjoy it. Some of these tracks included; ‘Beautiful Fiction’, ‘Orchestrator’ and ‘The Everest’. I really enjoyed their set.