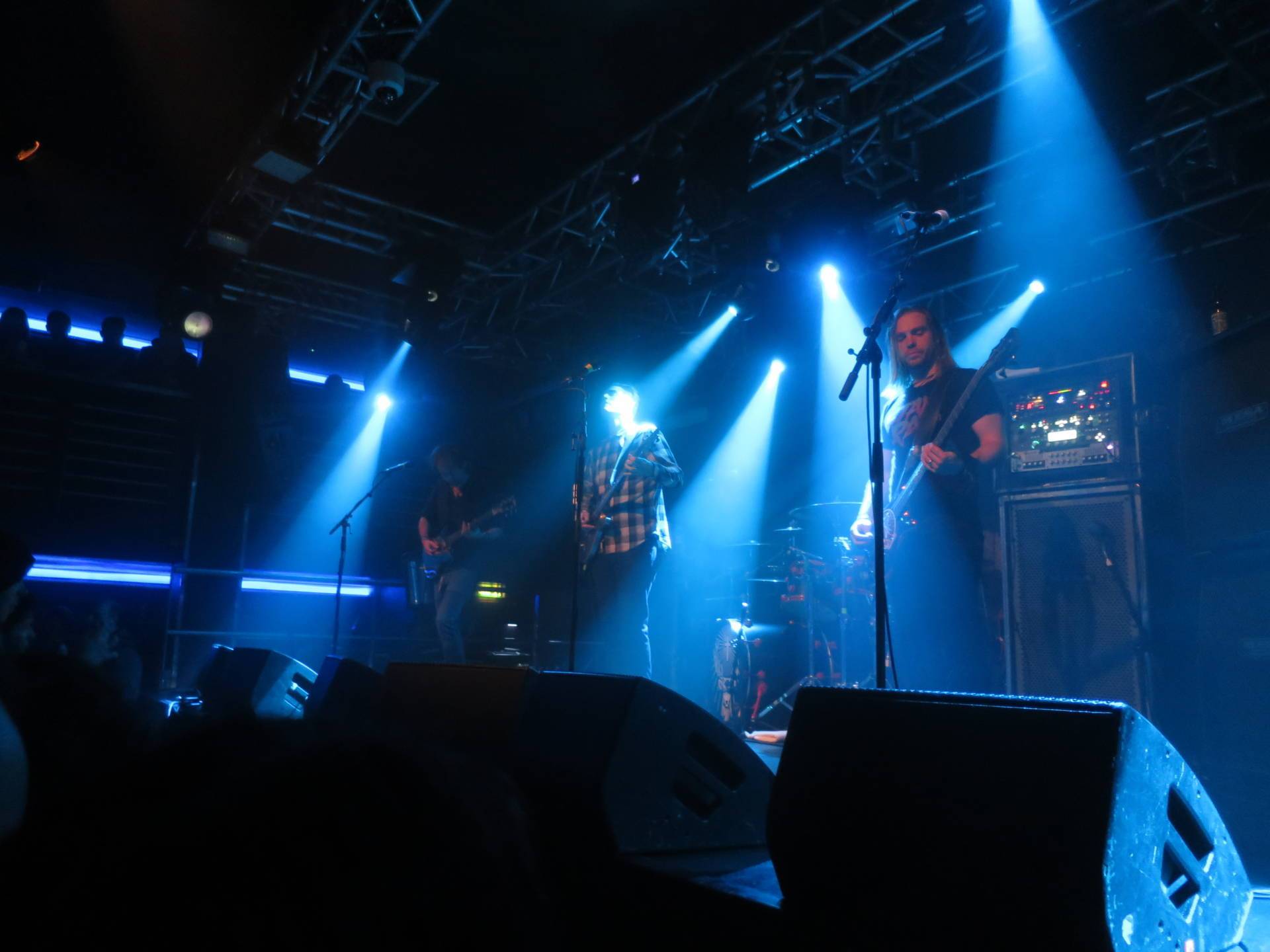 For this gig I headed to the Scottish Capital of Edinburgh to see Fightstar.

First up were Making Monsters from Northern Ireland. I have been tracking these guys for nearly two years but every time they have come over from Northern Ireland I have already had tickets to another show. They delivered exactly what I thought they would and I was not disappointed. They did seem a little out of sorts between songs, I found out later that their set was cut short before they went on (and during their set) as their stage time was changed. They have that heavy drum beat that I love which keeps your head nodding (or toes tapping) along. The guitar was tugging at me throughout, making me want to jump around and act crazy (and I would have if I wasn’t at the barrier and had a chest infection!). The thing that I love the most about this band is Emma’s voice, she sings, and has a half scream that gives her vocals a cracked sound that I have only heard before in recent memory from Lzzy Hale. If this is the rock sound coming from Northern Ireland I need to get over there to hear more.

I will be honest, when Arcane Roots took to the stage I knew nothing about them. A lot of the crowd were fooled at the start thinking the sound check they did was the start of their set and when they stopped that there was a technical difficulty. But when they did start…what a sound they produced! Mixing in genres and delivering heavy riffs. These guys went for it tonight and I loved them for it. Their singer for the slow bits can serenade you and then when it kicks in he shouts at you, demanding attention. Their songs follow a pattern of slow, rock, metal and then stay heavy rock. When the drums kick in to produce the change from slow to rock, I was loving that heavy transition. I was a bit envious of the lead singers beard too.

Headlining tonight was Fightstar, even though I have heard their music plenty of times, I was surprised how heavy they are live. Tonight they did not just put on a performance…it was a show. When Charlie put down his guitar and let his brother Will play for him, Charlie commanded the stage, moving around like a madman possessed with pure energy. The heavy drums that I love so much had me banging my head away and now my neck is worse for wear. They are truly one of the most underrated live British rock bands. You need to see them live. Charlie commanded and demanded; the pit, circle pits and even a wall of death! Heavy guitar were ever present with some exciting rifts and if you took away Charlie’s checkered shirt, and put an Anthrax black tee on him, you wouldn’t guess at his pop-rock background.