So, eleven years since my last trip to see Feeder, I was off to see a band who’s music had been there for me throughout my life and I was eager to see how their new music would play out in a live environment.
‘Another Day On Earth’ was the band’s opener, the melancholic track taken from their new record All Bright Electric was complimented by beautiful scenery projected onto the backdrop that, at times felt like you were on some weird acid trip…in the best way possible. 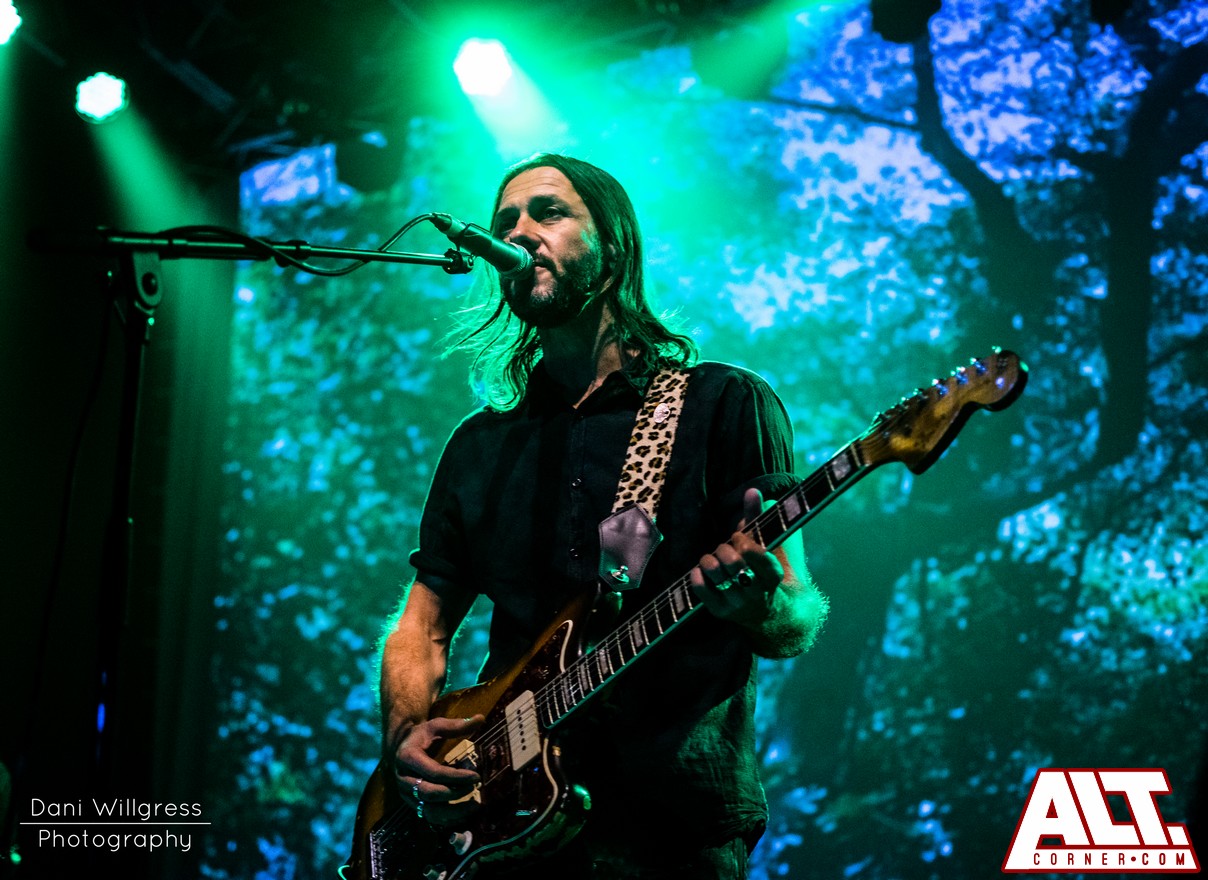 Eleven years ago, Feeder was one of the first bands I saw live in a line-up which included Scottish rockers Idlewild and the iconic R.E.M at the prestigious venue of Hyde Park no less. Back then, the band was basking in the success of both Comfort in Sound (2002) and Pushing the Senses (2005). Although, I do remember everyone mimicking steering wheels when Just A Day and Seven Days In The Sun were played… Clearly I wasn’t alone in adoring the tracks from Gran Turismo.

I was extremely young back then and like all things when you are young, things come and go and your interests ebb and flow but one constant was Feeder based on that afternoon in London. I have followed the band’s every release since, with Generation Freakshow being the soundtrack to one my favourite ever summers. The band have survived 20 years by not selling out, staying true to themselves and consistently releasing great music unlike Coldplay (if you know, you know).

So, eleven years since my last trip to see Feeder, I was off to see a band who’s music had been there for me throughout my life and I was eager to see how their new music would play out in a live environment.

‘Another Day On Earth’ was the band’s opener, the melancholic track taken from their new record All Bright Electric was complimented by beautiful scenery projected onto the backdrop that, at times felt like you were on some weird acid trip…in the best way possible.

The band then burst into ‘Universe of Life’ and fan favourite ‘Renegades’ which both got the adrenaline pumping. ‘Feeling a Moment’ served as an iconic moment of the night, with every single person in attendance singing from the bottom of their lungs which became an ever present throughout the evening. The performance of ‘Insomnia’ made me grin like a Cheshire cat, as this song is up there with one of my most listened to songs and oh boy did the band nails this one. ‘Borders’ went down a treat also, with a deafening ring of “wooo-ooo-woo-ooo”.

I loved the bands enthusiasm, with Grant Nicholas and Taka Hirose both being the core of the band for twenty years, it could be presumed that they may be bored of playing the older tracks or notably the hits. I mean, I have seen bands half the age of Feeder who play their most known so lacklustre it leaves you with a bitter taste BUT, that was not the case tonight. Feeder played each song like it was the first time, full of passion, energy and with a smile! This was a credit to the band themselves and their twinkle in the eye charm worked wonders with the crowd as the crowd threw back every line Grant sung.

There was a comical dig at Craig David by frontman, Grant Nicholas who exclaimed his disbelief that David was higher in the charts than Feeder’s new album ‘All Bright Electric’. The crowd roared in agreement and if the response to this quip is anything to judge, Feeder will soon be higher (I hope!).

The band carried on rolling out the fan favourites with ‘Come Back Around’ and ‘Just The Way I’m Feeling’ which then led to the euphoria of ‘Buck Rogers’ which blew the roof of the O2 Academy…I mean wow! Bassist, Taka looked like Christmas had come early as he bounded about the stage enticing the already-frantic crowd to scream the words back, every member of tonight’s audience duly obliged. This ferocious ending to the band’s set was truly phenomenal and it was just the question now of the encore…

The band returned once the ecstasy of ‘Buck Rogers’ had died down and played the solemn and charming, ‘Infared Ultraviolet’ which much like the very first song of the night ‘Another Day on Earth’ featured some vivid images upon the backdrop. This was a rousing performance as everyone in attendance stood to attention and attentively swayed along. Now it was time for a classic! ‘Sweet 16’ from the band’s very first EP ‘Swim was next on the menu and it really took a lot of people by surprise. When you’re a band as decorated as Feeder, you have about 50 ‘hit’ songs to choose from so the decision to go back to the start was a brave one but paid off massively. Once the initial chords had been played the audience began to click into what they were witnessing as they then participated like they’d done all night; jumping, singing and rocking out.

‘Sweet 16’ served as the perfect prelude to the carnage of ‘Just A Day’ which the band triumphantly ended on. Much like, Buck Rogers this song was a riot throughout as each and every person cemented their subscription to Lemsip for the next week…what a noise on the chorus!

So there we have it, my eleven year wait to see one of my favourite bands had come to an end and as the saying goes, good things come to those who wait and boy did it! The band played a fine selection of hits spanning their various styles and eras which insured the casual fans and the die-hard fans both enjoyed themselves. A notable omission was Seven Days in the Sun but, as stated above, when you have so many great tracks…some are going to be left off.

The performance tonight was one of the finest I have ever seen, it was truly incredible from first song to last and long may Feeder continue because they are one of the last, true great bands from their era who have stayed honest to themselves from day one. In many ways Feeder are the ultimate underappreciated band as their discography (including new album ‘All Bright Electric’) is flawless and their live performance is honest, passionate and enthralling.