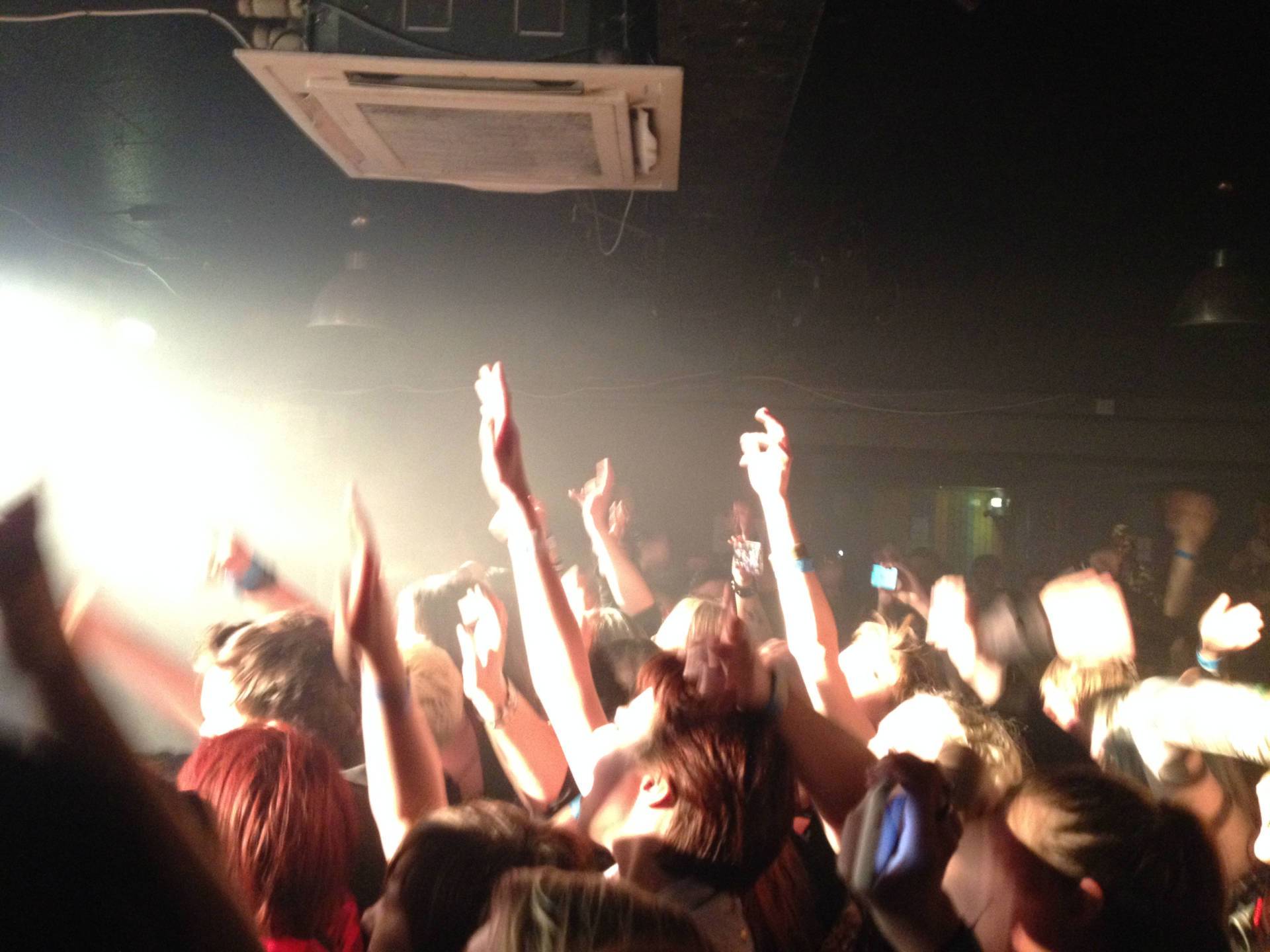 Is a 300 capacity venue and for tonight’s gig it was sold out.
The venue is upstairs with a proper bar downstairs. This is an issue as people will be queuing past the bar. My advice if you are over 18 and don’t mind if you are at the front, grab a drink from the bar and sit down. One of the few venues you can sit and have a drink inside before doors open. It can get very warm inside tho. If you want to be at the front get there early (5pm) but be careful at a +14 gig they may make you wait outside if you are under 18 which is what happen tonight. The toilets are very clean but are downstairs in the bar so will need to show your wrist band to get back in. There is a bar up-stair which is generally 10p more that the bar downstairs. There is also a cloak room behind the bar upstairs which is a £1. They have a house beer which is brewed for them and is £3:80 and Tennants is £3:50. When you get in head to the far side for a good view or there is a step in front of the sound booth. For moshing stand to the stage left. Be careful people may push pass you to get to the bar and the toilet!

Don’t Look Down are a 4-piece pop-rock band from Glasgow, really nice sound with heavy guitar, really good as an opening band getting the crowd all pump up

Life on Standby are a 4-piece female front Alternative Electronic Rock band who are from Greenock. I had heard a lot about these guys before tonight and was not disappointed. They play with energy and I don’t me that they play loud I mean the play there melodies with a rear enthusiasm. Erin voice has one of those pure enriching rawness to it that will have you enthralled. Along with this she was able to switch her voice to give some true grit behind it without actually screaming.

Annisokay is a 5-piece up-and-coming post-hardcore act reigning in from Halle, Germany. This band is what I would call the progression from the Screamer bands I use to see back in University 12 years ago. This is where instead of having just a lead singer scream down the mic for 20-40 minutes one of the guitarist sings the course. THese guys were able to rekindle my love for this type of music with the energy, determination and screaming. If you like your hardcore this is a band you need to check out.

The Fearless Vampire Killers are a 5-piece Alt-rock band from Suffolk. And It was clear to me from the very start that this a band that love to play live. They have two singer Kier and Laurence who which between taking the lead and play guitar. At times its like you are listening to two different bands (added value for our money). During there set they will draw you in, lift you up and make you feel that you are part of a community, no part of a large family. This is very rear to see these day, you will get band that love there fans and there fans love them but not many who have this symbiotic relationship with the crown as they play.