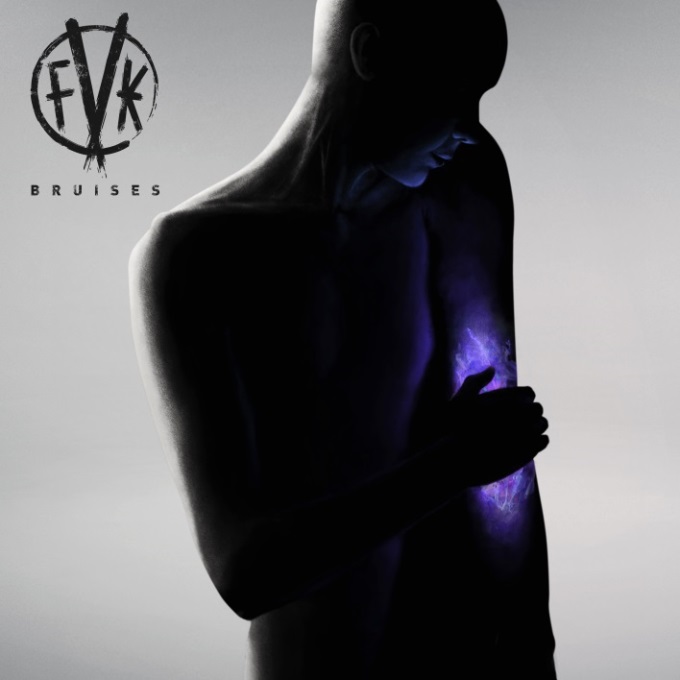 Fearless Vampire Killers are set to release mini-album Bruises on October 23rd. You can pre-order it here: http://fearlessvampirekillers.com/bruises-preorder/

The band have definitely lived up to the old unwritten rule of it taking three albums to define your sound as this is a far cry from the concept albums and more of a branch into the “real world”. Co-frontman Kier Kemp says of the release: “We’ve always had a plan since the beginning. We wanted to do the concept properly and then move away from it to focus on our real life experiences. ‘Bruises’ comes from the heart. It’s allowed us to explore a whole new side of the band commenting on the darker side of human nature. It’s still dark, but much more frank. Our ability as musicians and songwriters has also developed, so I think it’s pretty unanimous within the band that this is our best material yet!” Strong words from the frontman, so let’s see if he’s right…

The mini-album opens with a very rocky, drum heavy Feel Alive and is sure to convert any doubters of the Grandomina inspired era of the band. Vocals are provided by Kier and there are some intricate riffs from lead guitarist Shane Sumner.

Co-frontman Laurence Beveridge provides the lead vocals for Stepping Stones, a song that from the start is lyrically very deep including lyrics like “what good is life when you only ever feel near death”. This song is my personal favourite as the lyrics are so relatable.

Kier takes the reins again for the upbeat Keep Smiling. The layered vocals of the chorus can feel a bit confusing, however in my personal opinion, they convey multiple thoughts running around your head. A monologue by Laurence in the middle-eight reduces me to tears as he recites sentences. The instrumental post-monologue contrasts the previous words and is one of the best musical parts of the release.

Regret is a slower yet anthemic ballad which provides Kier’s best vocals of the mini-album. The song talks about not being able to let go of something in the past.

Like Bruises is the first release from the track and leads a journey into an emotional view of how words can affect someone and shows off some great vocals from Laurence. This is a great upbeat track with contrasting melancholic lyrics that was the perfect choice for lead single as it sums up the tone of Bruises perfectly.

Laurence’s beautiful, melodic voice belts out closer Aging Love with precision and talks about heartbreak and the end of a relationship. There is also an incredible guitar solo by Shane.

All-in-all it’s safe to say that Kier’s assurance of it being their best material to date was not only correct, but still an understatement, not discrediting any of their previous releases – all of which were brilliant – however, the lyrics are superbly written and deal with all manner of real-life problems and personal experiences, giving the listener more to relate to and understand. A vocally tight and musically perfect set of tracks that is definitely my favourite release of the year. At times the deep lyrics provide an emotional picture of life’s struggles but the well-constructed melody and beat provides a true rock release that will sure-fire catapult the London based quintet into the hearts of many more people before the year is out!