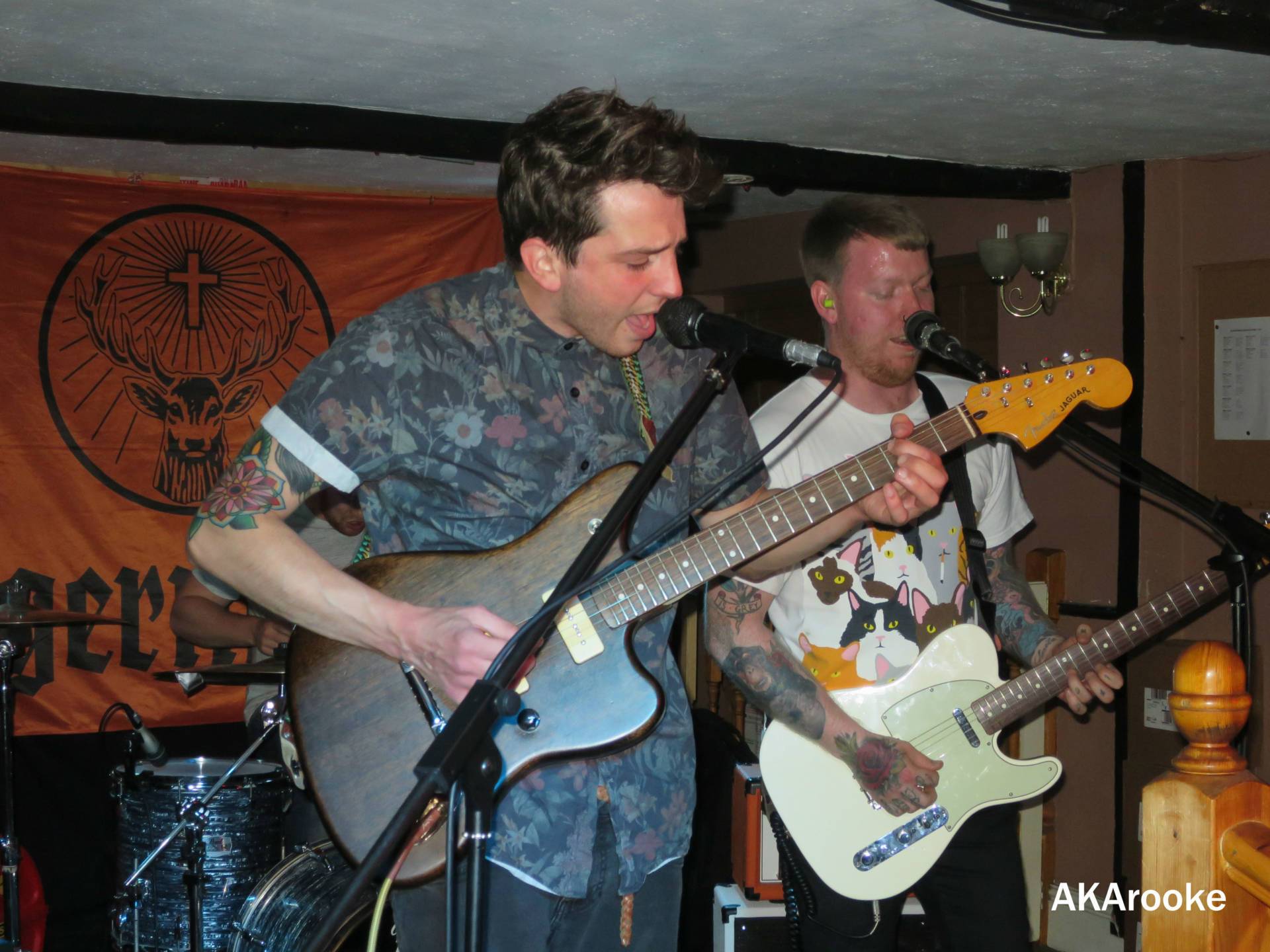 So I took a 8 hour drive to Salisbury to see one of my favourite band Faux play live. This gig was at the Winchester Gate, Salisbury. They have converted the function room to a nice cwtch of a music venue. This can fit about 50 people in (although its almost guaranteed to always be hot and sweaty). All gigs that happen here are free entry (but please check this before going to a gig there). The sound here is really good, especially since they don’t mic up the amp, this gives the venue a really crisp sound, all credit goes to (Kevin) the sound guy for having the know on how to do this.

So Tom Ray took to the stage first tonight for an acoustic set, for those of you who don’t know Tom Ray, his old band before they spilt was Young Brando who supported McBusted on tour. He sometime sings in a band call Restless Wrestlers too. All his song are lyrical masterpieces as he really does paint a picture with his vocals. All his stories are sad and have a depressing tone to them and his song “I was kicked into the road by love” perfectly describes my feelings towards love.  He had me listening to every word and sharing the pain that he was describing.

Faux tour buddies Our Nameless boys really kick it with a strong heavy rock sound. There is a Nirvana undertone to there sound with an Irish twang to it. The energy they bring to the set is electric but they can also slow it down and be really soul-full. I really enjoyed there set and they produced a smile from me a few times. If you like Manchester Orchestra or At The Drive In, then you will love these guys.

So a band like Faux are the reason I love live music, they are the reason I will travel 8 hours just to hear a band play a 40 minute set. Their alternative indie sound is really infectious; from the toe tapping drums, to the head bobbing guitars I can’t but help smile. Add to this Lee’s powerful vocals and you have a sound that will remind you of Biffy Clyro. They have this almost stripped back sound at times which makes every hair on my body stand on end when Lee sings. Every gig I have been to where theses guys have played have left me feeling happy and content. I have seen these guys play from their first gig as first support a year ago to them now playing their first headline tour. This was the first time I had seen them with new guitarist Daniel Fisher and he gives them a new energy on stage and compliments the energy that Lee brings and as a result, the band comes a little more out of their shells between songs.