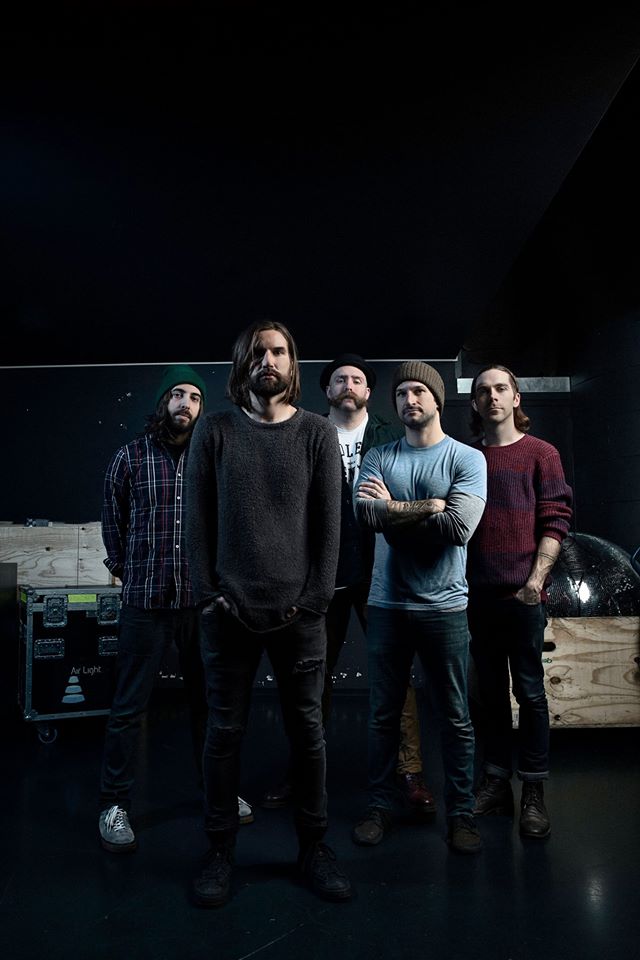 Opening up this night of madness were alternative band Drug Church from Albany, NY. Combining punk rock old school chord progressions with solid rhythms and catchy riffs, letting hardcore style vocals sneak through, these guys didn’t disappoint. Frontman Patrick captivated the audience with his character and energy, almost resembling one of those drunken men preaching on a bus, but completely sober and loveable. His humour and charisma were present throughout, getting the crowd to clap and cheer for the next bands, and explaining why it’s such a cliché, but why you have to do it anyway. Their set had good dynamics; these guys know when to pull it back to drop in harder. About halfway through their set it started to get hard to distinguish between the songs and a lot of the same, but they did it well. The rest of the band each did their own thing, but there wasn’t much interaction between them or the crowd, it seemed to be focused on Frontman Patrick. A few sound issues meant his vocals got lost half of the time, but even so they put on a good performance and opened the show well!

Next up was the Punk Rock two piece ‘68, who for two people, their sound is absolutely massive. Moving the drum kit to the middle of the stage facing side, drummer Michael gave one hell of a performance with tight technical fills, on a kit that was minimalist compared to most bands around the hardcore genre. This band brought more energy and groove to the night, although with Josh being famous for his crazy stage antics with The Chariot, he has managed to reign it in whilst still keeping his personality on stage and delivering. The chemistry between the two of them is inspiring to watch, and their whole sound is captivating. Continuing to bring humour to the night, a lot of the guitar sound is run through loop pedals and crazy effects, at one point Josh started playing the wrong side of his guitar then went “Look, no hands!” which brightened the mood of the night. I highly recommend catching these guys live, as they’re just something that breaks away from the typical 4/5 people on stage, but deliver the sound and performance of 4 people.

There was quite a wait between main support and the headline band actually starting, but it was so worth the wait. Despite the support bands giving great performances, Every Time I Die were the band EVERYONE was there to see. Literally as soon as they started, the venue shook and the room opened up into a massive pit. The crowd were definitely saving themselves for these guys; the whole room went absolutely mental. It was such an amazing atmosphere to be a part of. Every Time I Die gave it 200%, and for such a lengthy set they held their energy for every single second. They have definitely mastered the art of a manic, jaw-dropping stage presence, and the ability to make people constantly want to throw themselves from the stage over and over again, feeling part of the performance. So much so, that someone lost a shoe on stage, and an inflatable guitar was circling the room! These guys turn performance into an art form, and its apparent that their dedicated fans would follow them pretty much anywhere. An epic end to a punk rock hardcore fuelled night.