A gloomy Manchester is where we lay our scene, with Enter Shikari drawing to the end of a mammoth UK tour that began back at the beginning of December. 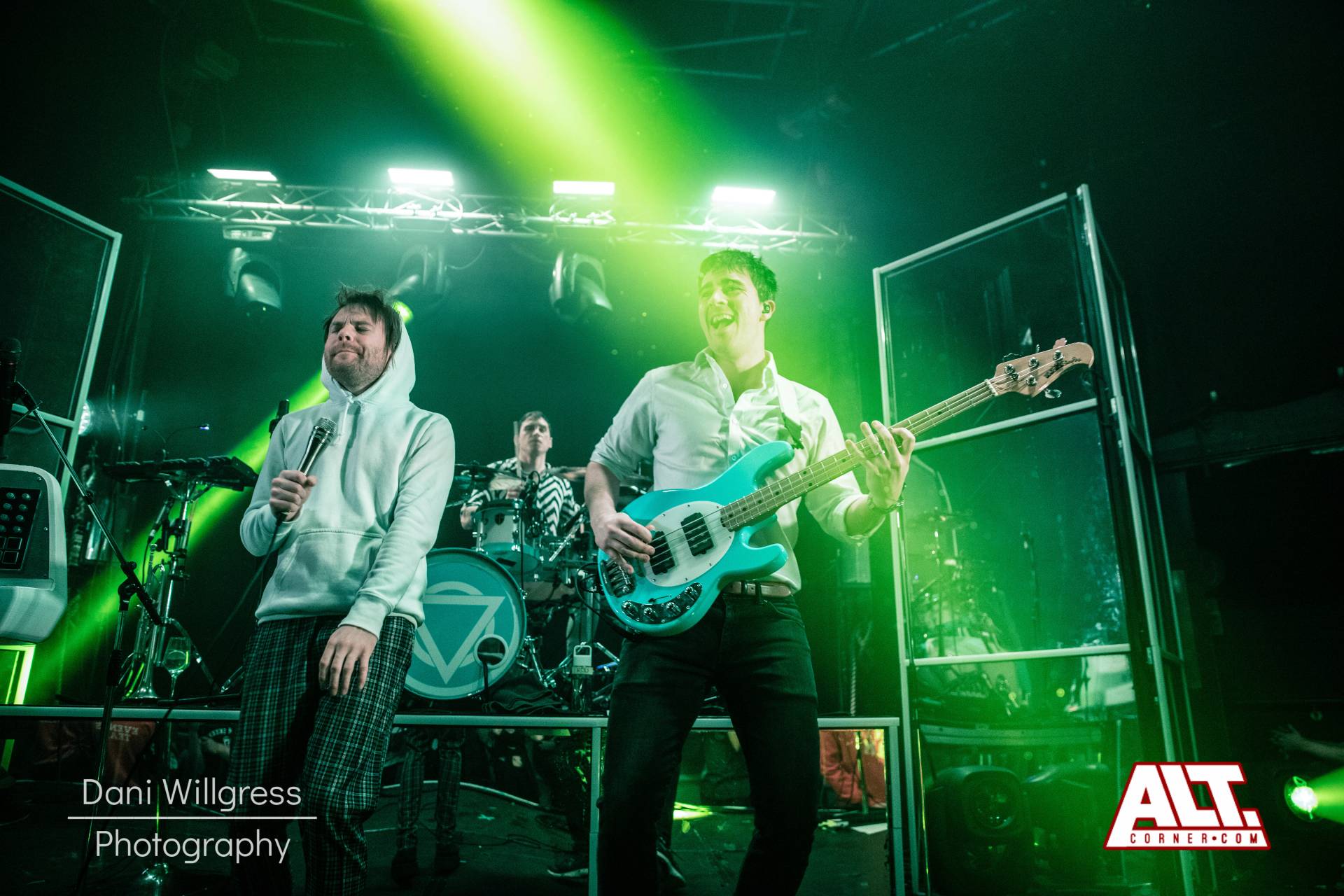 Black Peaks open the show tonight, and when you consider that they are given less than 30 minutes and a very small stage space, the set they play is nothing short of phenomenal. They open with Glass Built Castles, and it’s the only song they play that doesn’t come from their second and latest album, All That Divides. They play with ferocity and magnetism, despite having a virtually non-existent light show. Clearly brimming with confidence, they don’t look phased or at all out of place in a large venue like Manchester Academy, and by the time they close on The Midnight Sun, they have more than a small portion of the crowd moving, and leave to rapturous applause.

Next up are Palaye Royale, who seem to have blown their entire budget on having their name up in huge lights on the stage – an odd move for a support band, it must be said. The fuzzed up pop-rock of songs Wasted and Mr Doctor Man keeps the energy in the room alive, while seemingly never quite cashing the cheque those lights have written. The songs are catchy enough, but by the end of their set, the faux rock n’ roll posturing begins to grate, and when they take their leave of the stage it feels like we’ve seen every card they have to play.

There are few modern rock bands with the reputation for phenomenal live performances that Enter Shikari have, and even fewer who actually live up to that billing. The depth of invention and variation on display defies belief, as they open with the pop stylings of The Sights before tearing through the far more up-tempo and aggressive Step Up. The lighting and stage set up is brilliant, with huge columns flanking the band and flashing lights giving the show a rave-esque feel. And, in a sentence, that encapsulates what makes Shikari so great. The only other band who ever convincingly wore the mantle of ‘rave rock’ are The Prodigy, and it’s hard to imagine Keith Flint playing a trumpet-led ballad as Rou Reynolds does with Shinrin Yoku. Songs are remixed, shortened and stripped back, a particular example of this being the incredible solo rendition of Take My Country Back. Shikari’s ‘quick fire round’ medley has become legend, but that doesn’t make the ten minutes that begin with Sorry You’re Not A Winner and end with Zzzonked any less intense or brilliant. They close on Live Outside, a magnificient ode to ‘kicking anxiety in the shins’. The energy levels never fell during the set, from either band or fans, with the entire venue bouncing and moving throughout. Enter Shikari leave Manchester as they arrived, one of, if not the finest live band of their generation.