“Maybe life is grim up North, but Elegies aren’t afraid to tell the world all about it”; Jessica had a listen to ELEGIES new EP and gave us her thoughts… 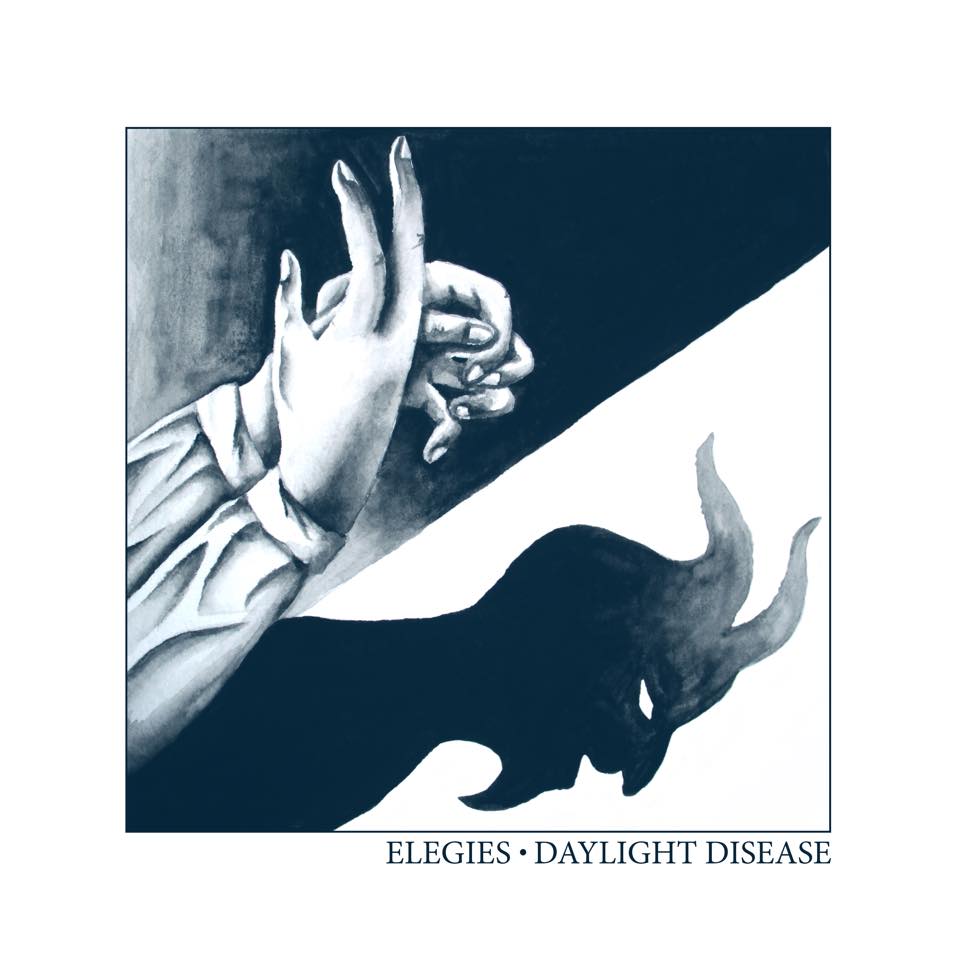 Daylight Disease is the most recent e.p. from Sheffield’s freshest new six-piece, Elegies. Emerging in the murky steel city circa 2013, the boys have since risen out of the ashes and exploded onto the Northern hardcore scene.

Daylight Disease is a punchy, but melodic EP made up of three short and sweet tracks. Just enough to grab your interest and, certainly, leave you buzzing for more.

Final track, ‘Cobweb Eyes’ is the most prominent track on the e.p. It begins slow and steady, building up to a spectacular crescendo of harmonies between Tom Hoyland and Sam Gibson. Their voices bleed passion and fit hand in hand with the intense drumming work of Dayle Franks.

Having already played a number of festivals alongside bands such as Brand New and Pulled Apart by Horses, and gained interest from Kerrang Magazine, Elegies have achieved a lot in the past two years and aren’t showing any signs of slowing down. They have a full length release on the cards to be released within the next few months.

Maybe life is grim up North, but Elegies aren’t afraid to tell the world all about it.