Drowned Out at Live at Cathouse, Glasgow

Starting the night off was Entry Room. They had an awesome vocalist who remind me of Matt Bellamy (Muse). The guitar play was a bit basic and the drum play was too soft for my liking. Good set but need to do more that rely on the vocals. But hats off to them for not […] 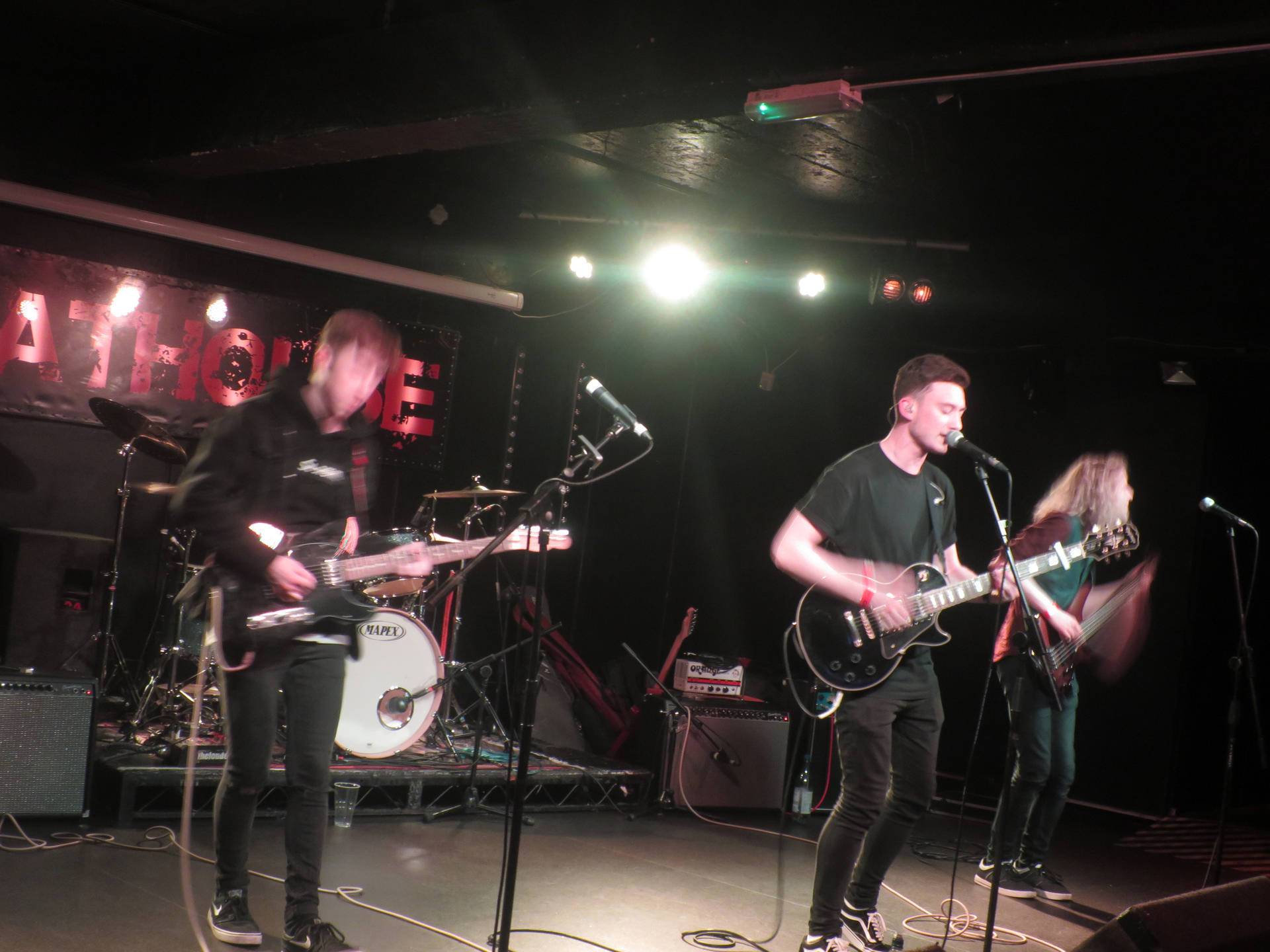 Starting the night off was Entry Room. They had an awesome vocalist who remind me of Matt Bellamy (Muse). The guitar play was a bit basic and the drum play was too soft for my liking. Good set but need to do more that rely on the vocals. But hats off to them for not playing covers songs.
6/10

Kicking it up a gear were Take Today. They play what can be described as modern version of classic heavy rock.  Their raw power chords and energetic noise just eats at you. You can’t help but smile during their set. The heavy beat of the drum spoke to me and got me nostalgic for the old days. They do have a heaviness that will not be for all; it’s good without being oppressive but, it lacks bite. However it is a good contrast to the vocals.
7/10

Flying the flag for Scottish pop punk, Finding Argyle took to the stage and didn’t fool around. Instantly hitting me with heavy drums and catchy pop punk band the guitars. Their sound was a bit more raw than I remember (maybe the venue suited them more).  They played with energy and gusto tonight and I really see good things from them going forward.  Go and listen to their song, “Six bottles deep” As it always entices me when I hear it live.
8/10

Headlining tonight was Drowned Out.  I personally liked their mix of heavy tunes and pop melodies. But as it is, their sound is a dividing force. You will love it or hate it. Unfortunately their vocalist had a bit of a cold and their set did suffer due to this. They play with energy and a positive vibe with full of fun. Will see again but when the singer is not ill.
7/10