Today’s gig was a last minute add for me as the gig I was going to see was cancelled. Not know anything about any of the bands but the opening band Eva Plays Dead. So walking into a sold out Audio I was there with an open mind. When Eva Plays Dead  started their set […] 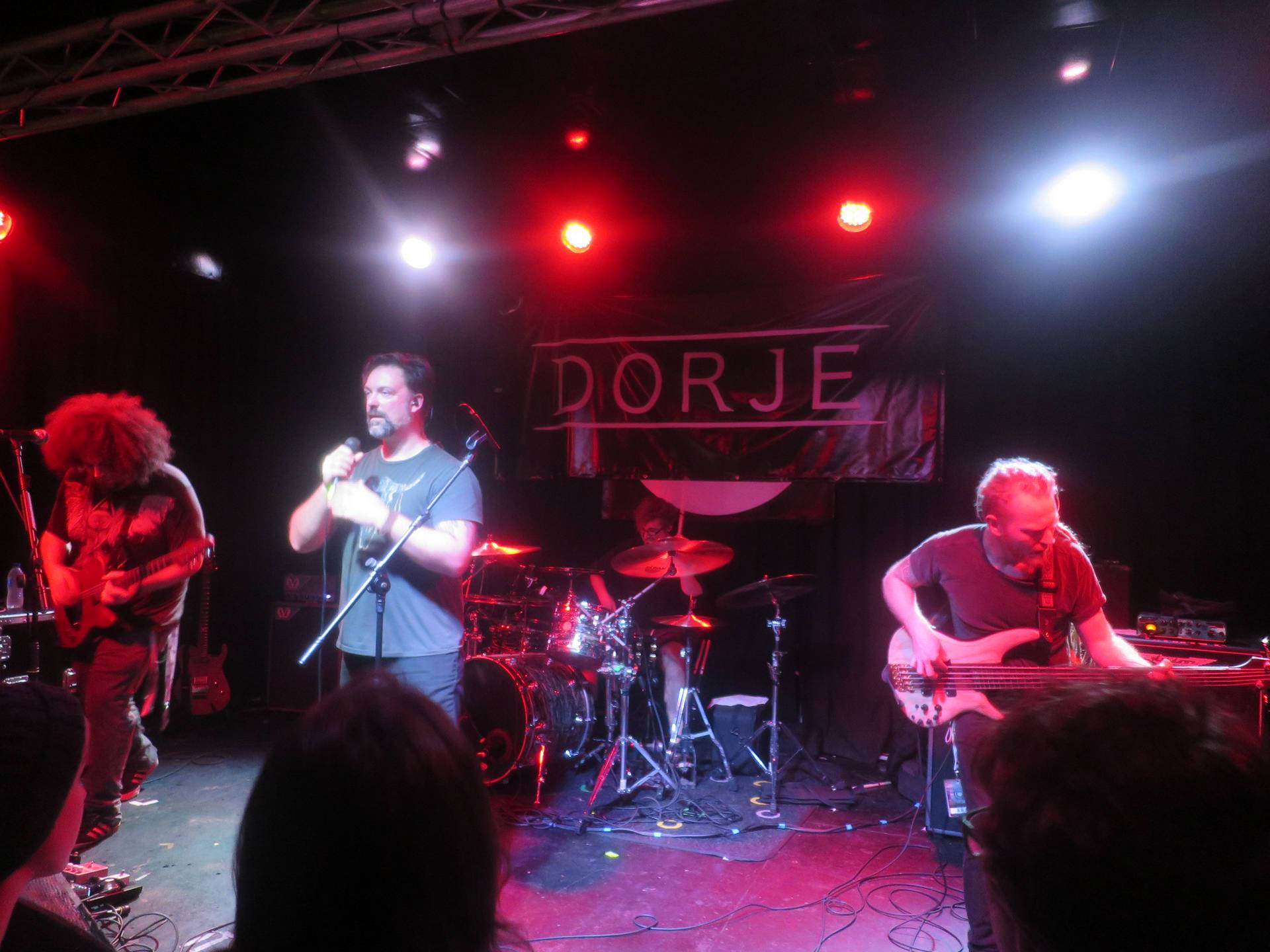 Today’s gig was a last minute add for me as the gig I was going to see was cancelled. Not know anything about any of the bands but the opening band Eva Plays Dead. So walking into a sold out Audio I was there with an open mind.

When Eva Plays Dead  started their set I was taken back as they started “Wonderland” acapella  showing that frontwoman Tiggy has a great voice. When the drums and guitars hit they held nothing back.  The Drumming is heavy and you can just lose your self in that but with the play full of heavy riffs and enticing hooks you will be smiling by the end of the set.  With them playing my favourite “1950’s Woman” and new tracks “Spin” and “Bones” they just seem to be having fun on stage and seem to be a band that could just turn up and play anywhere at any time. They ended their performance with Tiggy leaving the boys on stage to play out in what was a free heavy solos.

Up Next were Nine Miles South. I was entertained but, they are not for me. From the moment they played “Jackie Boy“, I could not get the country rock sound out of my head.  I wouldn’t have been surprised if they had covered “Sweet Home Alabama” or”Take me home, Country Roads” The drumming was a little too light for me. The guitar play was interesting but again I couldn’t get past the country sound. For a bunch of Vikings I was surprised by how non-heavy they were. If you are a fan of Kid Rock you will like these guys.

Headlining was Dorje. Not knowing much about them, as soon as they started playing I was embarrassed that I had not heard of them before. The drumming could be everything, heavy, rhythmic, stylish and could hit you and make you smile. Ben is now my favourite live drummer (sorry Lorenzo from Foes). The bass was sick, it had that flex that I love, and even not playing heavy metal they are able to use it as a weapon. The guitar play is so tight you could be fooled into thinking it was easy to play. Rabea Massaad plays hooks within hooks and throws heavy riffs like confetti and will have you head banging for the whole set. Now for the negative bit. Rob’s vocals were not the best tonight, he seemed tired and tour worn. I could see though how it could do more anyhow. Don’t get me wrong it suited their sound but there are better singers out there. He also had the weird George Clooney head twitch when he sings to the mic on the stand. After playing “Zero” they showed their blues roots and just jammed on stage for fifteen minutes and I could have listened to them do this for an hour. They are the closest I have given a band 10 for a live performance but, they will be the bench mark I will now measure bands against.