On the back of their heavily acclaimed new record ‘Technology’, Don Broco who as a band have spent their entire career proving their doubters wrong showcased just how far they had come by playing to a sold-out venue… 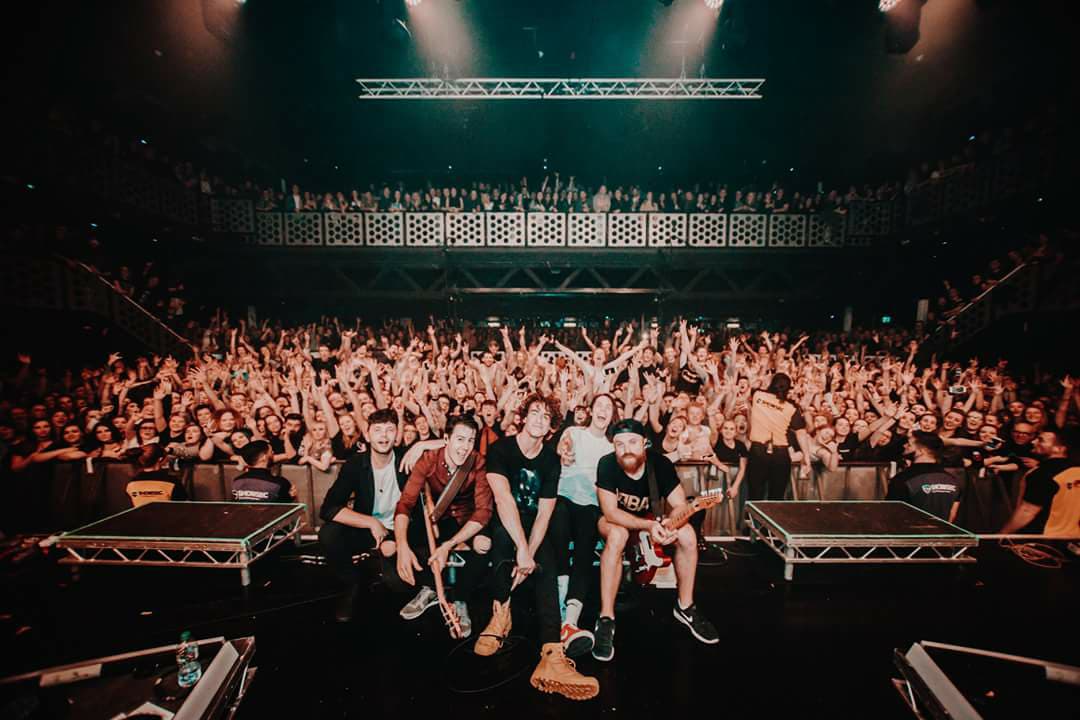 It was a cold Wednesday night in Norwich as one of the UK’s most promising acts were gearing up to take to the stage at the UEA on a tour which saw them supporting their release of debut album ‘Priorities’. Described by a fellow crowd member as “Reuben if they’d been dragged through Topman”, Don Broco really made a statement that night and went from being that band with a few good tracks on a poorly recorded EP to one that could command a stage and audience vastly beyond their years. This was 2012, and now as we shake off the cobwebs and usher in the new year that is 2018, the Bedford boys were once again taking up my evening, this time in Bristol at the O2 Academy.

On the back of their heavily acclaimed new record ‘Technology’, Don Broco who as a band have spent their entire career proving their doubters wrong showcased just how far they had come by playing to a sold-out venue…

Ripping straight into proceedings the band strutted about the stage making their grand entrance with ‘Pretty’ that ignited the crowd into a frenzy who lapped up the follow-up ‘Everybody’ and nostalgic rejoice was achieved when ‘Priorities’ was delivered with its usual ferocity. The band had come a long way from that night back in Norwich and having seen them multiple times in-between it was really heart-warming to see just how far they had come. Their staying power was documented in the sheer diversity of the evening’s attendees which ranged from Dad rockers all the way to 14 year olds in tank tops (who were there to get the Push Up Squad on their Snapchat stories) – the fruits and appeal of Don Broco’s labour shined through.

Rob is truly the perfect frontman with his commanding presence and studio-like vocals which are complimented by Matt’s pitch-perfect backing vocals that have been a given a real place to shine upon their newer material. ‘Thug Workout‘ was once again making an appearance, a song that has been integral to the history of the band’s rise yet despite loving this song myself, it was clear that the novelty of performing it has clearly started to wear off. Although, that would be unnoticeable to someone who had not seen the sheer scale and ferocity that the song once was performed in.

Further highlights was the fantastic performance of ‘Nerve’ which is nothing short of anthemic and was performed with such elegance that ensured the entire O2 Academy dusted off their best harmonies to provide a chorus of adoring vocals to without doubt Broco’s best song. A treat for all was in store too as the band played their mashup of NERD and Linkin Park, a performance first heard on their Radio One appearance just days before, as the crowd reminisced to a perfect marriage of two of the best ‘alternative’ anthems of the early 2000’s delivered with that trademark Don Broco touch.

The encore was nothing short of a riot as the band ripped through the infectiously catchy ‘Come Out to LA’, a song that is such an ear-worm, I dare any reader to listen to it and try not to have it stuck in their head for weeks (seriously, try it!).  The track itself stands as a real marker for the band as it is quite a departure from a typical song of theirs yet still maintains every cog of their successful singles that had proceeded it with a tinge of cheesy R&B for good measure.  As the band celebrated and lauded the fact that they had achieved their first Top Five Album, the closer ‘T-Shirt Song‘ saw at least half of the attendees raise their shirt and swing it above their heads as the song prompts the listener do so in what was a crowning moment on a really impressive night. Despite being hit by countless T-shirts at the end, the night for me was truly magnificent and a testament to Don Broco’s ability to consistently produce banger after banger – not falling by the wayside like so many of their contemporaries who have came and gone – the Bedfordshire boys sit amongst the top of the UK rock pile.