The Dillinger Escape Plan laid waste to the Kentish Town Forum on their final ever visit to the capital. On an emotional night, the five piece, added another notch on their belt, of phenomenal London shows. Although tonight’s audience was fully focused on Dillinger, the two supports didn’t disappoint. First up was Primitive Weapons, whose […] 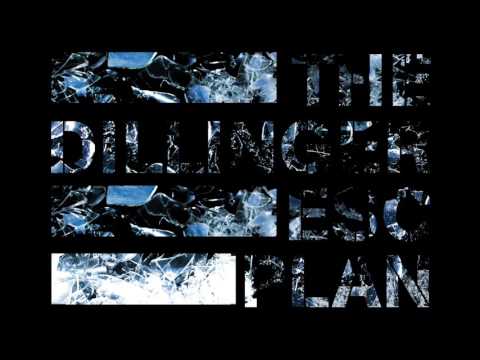 The Dillinger Escape Plan laid waste to the Kentish Town Forum on their final ever visit to the capital. On an emotional night, the five piece, added another notch on their belt, of phenomenal London shows.

Although tonight’s audience was fully focused on Dillinger, the two supports didn’t disappoint. First up was Primitive Weapons, whose metallic hardcore, and heavy riffing was a good opener for what was to come. After Primitive Weapons came, Ho99o9, a hard to define, hip-hop punk band which consisted of two frontmen, a sample board and a drummer. The two frontmen were full of aggression and peculiarity with one wearing a wedding dress for the first half of the set. The loud and aggressive nature of the trio translated well to the audience. Even the crazier moments of the set, where a bin of ice was thrown over the crowd, and even two boxes of cornflakes scattered over the crowd didn’t seem to affect the chemistry between crowd and band. Although the songs may not have been of the highest quality (the high point being a Bad Brains cover) the sheer energy, aggressiveness and diversity of the band made them a solid opener for what was to come.

The atmosphere was building, with eagerness and anticipation, as the crowd prepared themselves for the live force that is Dillinger. With all the talk of the breakup you would be forgiven for forgetting that The Dillinger Escape Plan were touring their most recent effort, the exceptional Dissociation. As the lights went down the crowd roared, and every member took to the stage, the strobe lights started pulsing and Puciato roared into his mic to signal the start of opening song Limerant Death. The crowd erupted and the energy was constant. It must be hard for Dillinger to come up with a setlist, having to choose from their near perfect back catalogue, but there was not much more you could ask for from tonight. With songs being taken from their debut album, such as Sugar Coated Sour, to their biggest hits, like Black Bubblegum and Milk Lizard, each song no matter its hit status getting near equal reaction from the crowd.

A more poignant moment of the night being the ending to Milk Lizard, where Greg and the crowd sung ‘This feels like never ending’, something that felt somewhat appropriate for tonight’s occasion. If you ask anyone about Dillinger the first thing they might mention is their stage diving and crazy onstage antics. These antics weren’t as prominent as their reputation might suggest, however during the final few songs both Greg and Ben dived into the crowd. Ending their encore on the biggest hit from their debut 43% Burnt, the crowd assumed that was it. Dillinger, however had other ideas, and began to play what seemed to be an on a whim cover of Wish by Nine Inch Nails. It was during this cover that parts of the equipment on stage were moved, stood on and thrown around, and it turned out to be a fitting end to the night.

This was one of the weirdest feelings I’ve ever had leaving a concert. I was overjoyed by how good tonight was, yet still felt sad because that may be the last time I ever see a band, who have had such a huge influence on my music tastes. Farewell Dillinger.