For this gig I took a trip to Birmingham to go to the Roadhouse. This venue was a little hard for me to find but it was a great venue. The type of venue needed in all cities. 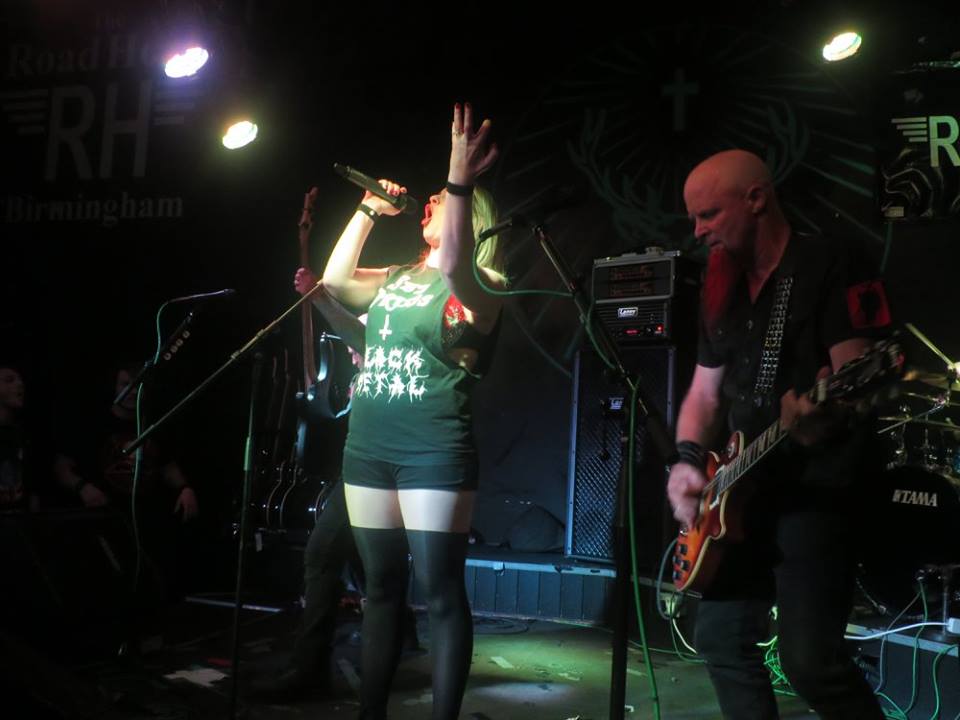 For this gig I took a trip to Birmingham to go to the Roadhouse. This venue was a little hard for me to find but it was a great venue. The type of venue needed in all cities.

Starting the night was Guts for Glory. The band provided a proper old school metal sound with their own spin which was refreshing to hear. You got exactly what you wanted from a band like this. Heavy guitars, heavy drums and a deep booming vocal that hit you right to the core. Where they stood out, for me is when they slowed things down and did a metal ballad. Check out their song “Fallen“.
(7/10)

Skarlett Riot came out and if anyone was indifferent about them they were soon won over. I am struck throughout the set by the impressive energy and the true grit behind Chloe’s voice and it is hard not to compare her to Chloe Lizy from Halestorm. Whether she is playing guitar or not or moving around the stage high fiving the crowd she commands your attention and is one singer you need to see live. They have an infectious drum beat that I could headbang to all day (or until I passed out). Added to this is the guitar riffs and hooks mixed with a heavy guitar overtone that you can really get stuck in to when seeing this band live. Tonight they showcased some of their new music and if “Voices” is anything to go by this is going to be a really, really good EP.
(8/10)

Ending the night were the New Zealanders Devilskin. Not knowing too much about then before the show they soon educated me. With a heavy rock / metal sound they provided a sweet sound that you can, if you wanted to lose your shit to. Jennie can hold a note like an opera singer but in an instant change to a harrowing scream! With the bassist and guitarist both shaved head and possessing mighty red beards you do feel their is a great power behind them (including the fans that had come from New Zealand to see them). If I had to compare them to a UK band I would say they are a more metal version of The Dirty Youth. After hearing them play their latest single “Start a Revolution” live, they could be a start of New Zealand rock/metal revolution in the UK.
(8/10)