In the backstreets of Pontypridd town centre lies Clwb Y Bont, currently the only venue that has live music. It’s a small, quaint place that pays homage to its Welsh heritage with not only its name but also the multiple paintings that adorn the inside… 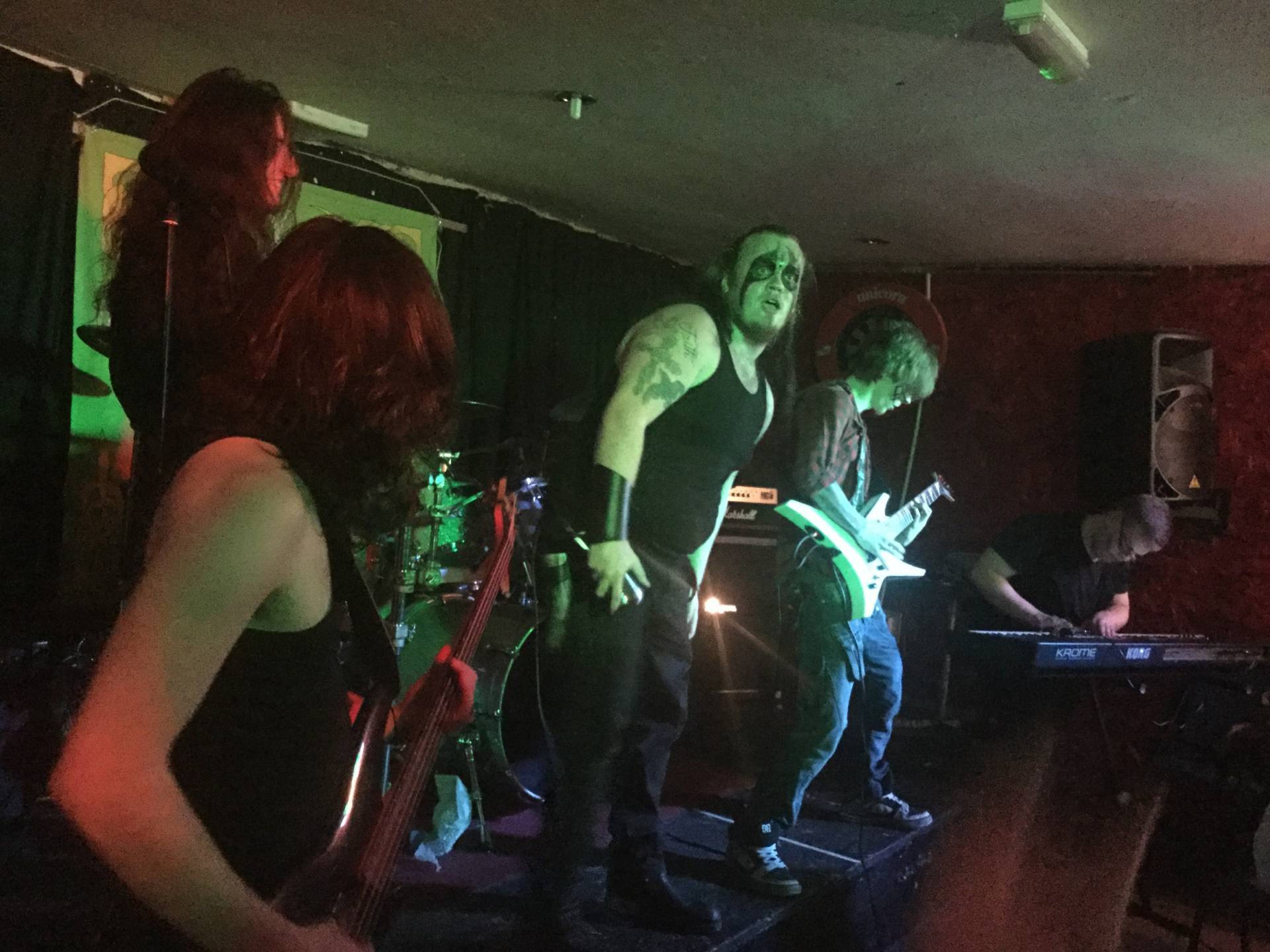 In the backstreets of Pontypridd town centre lies Clwb Y Bont, currently the only venue that has live music. It’s a small, quaint place that pays homage to its Welsh heritage with not only its name but also the multiple paintings that adorn the inside.

Tonight starts off with two, newly developing, female fronted college bands, Tittyfish and Daniella and Joe. Both bring a laid back vibe to tonight. The female vocals are strong from both bands but at times it is difficult to hear the vocals from Tittyfish. The crowd also on occasion seemed disinterested but, they did applaud the bands once they had completed a song or their set. Crowd become more involved when Daniella and Joe sang “Wonderwall”. Both bands are tremendously talented and if they can stick to it, have a bright future ahead.

It is then onto the more established bands of the night. Breakdown Face are a local trio, who have songs such as “I’ll do it tomorrow” and “Handbag Thief”. They bring the fun, fast paced punkiness to the night. The crowd finally get to their feet as the bands main vocalist is very engaging with them, fist bumping and “stealing” a lady’s handbag. The crowd love them. The singers also seem to have good chemistry and can often be seen joking with each other.

Now come the headliners, Dethias. The black clad, face painted six piece bring the metal to tonight’s fundraiser. Being the headliners, it is no surprise that they bring the biggest crowd, so much so that they even attempt a wall of death (something they regularly do), which did get the floor going with mass participation. Their version of “Drunk” was a crowd pleaser. It was also a good reason for the frontman to get the crowd drinking (something else he regularly does). The final song of the night, “Battleborn” brings the whole place alive and finishes the night off with a bang.

Tonight is not only just about raising money for a great cause, it is also about showing the amount of pure talent South Wales has to offer. The crowd, although slow at first, seemed to really get into it and enjoy the night. The only downfall of the night was the poor sound quality at the beginning. It is nice to see so many people support local bands. The fundraiser was a well planned, put together event that hopefully raised a lot of money.