Stephen Rowe had a listen to Delta Sleep’s new album ‘Twin Galaxies’ and described is as “alternative genius”, read his full thoughts here… 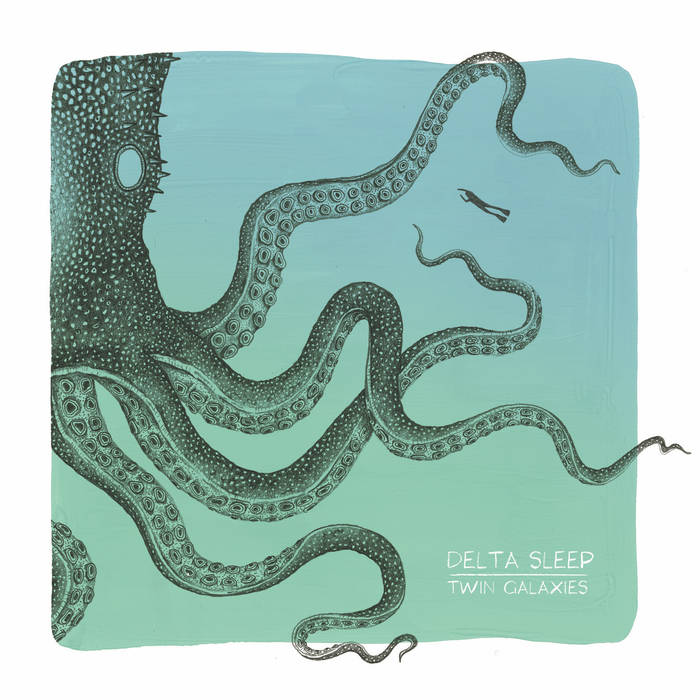 Delta Sleep begin this album setting you down in a relatively quiet and calm retro arcade. Just after you put 50p in to play the game, “Unclevlan” with its Biffy Clyro-esque jam hits you right in the face, reminiscent of Biffy’s ‘Vertigo of Bliss’ days. It’s the alternative rock equivalent of a fish jumping out of the water slapping you right in the face. Except this time, you gladly invite it to slap you in the face. The initial fun intensity slowly drifts into a chilled groove, setting the tone for this album’s direction.

The combination of moods in this album, from high excitement and aggressive overtones, to relaxed instrumental sections with intricate guitar riffs like those heard in “21 Letters”, give you an overview of Delta Sleep’s approach to their writing. You have And So I Watch You From Afar and Arcane Roots blended together in an edgy sonic fusion. If the crowd have settled down ever so slightly listening to an album playthrough, “Lake Sprinkle Sprankle” from the outset gets the hairs on the back of your neck standing up, alerting you that Delta Sleep are only just getting started on your eardrums. They keep their rhythms uneasy and jagged to keep you on your toes, unsure to what’s next. After they dip into some downtempo ambience in “Spy Turtle”, the excitement of Delta Sleep returns in the 6-minute journey that is “Spy Dolphin”. At several points in this song, the drums and guitars are blitzing through an epic little fill between phrases, with the vocals effortlessly soaring over the top creating alternative bliss. The final 30 seconds of this track prove to be a real crowd-jumper as the band really let go and blow off some steam. It’s these these bouts of intensity that make me want to get in the front row at their shows. The amount of new material in each song, makes every little section have unique parts to it, that after each listen through, gets you excited for a new reason time and time again. Delta Sleep show their ability to provide catchiness in the greatly titled “Daniel Craig David” in both their riffs and vocal lines. “Hungry for Love” is an instrument highlight, with strong punchy bass and drums to carry you right through, before the album climax “Strongthany” gives you the same slap in the face you got at the start of the album. The bass part plays a higher line that really forces the dance moves out of the crowd. In true Delta Sleep fashion the band swiftly cut to a calmer, spacey atmosphere with lots of intricacy floating around the place. They begin to reach the end of the album with an exciting and rapturous drum part accompanied by the entry of group vocals; a part which is sure to become the anthem of any pumped-up crowd watching Delta Sleep perform songs from this brilliantly crafted 10-track.

I can only say two things, buy this album and get down to Truck Festival or ArcTanGent this summer and get loose to some alternative genius this summer.