For the final part of Day of Deference, we bring you a live review of their show in Cardiff! Monday’s are dreary days aren’t they? With the weekend over (this Monday was made even worse with the fact it being Monday meant Creeper’s gig had finished which we were also at last night) and people […] 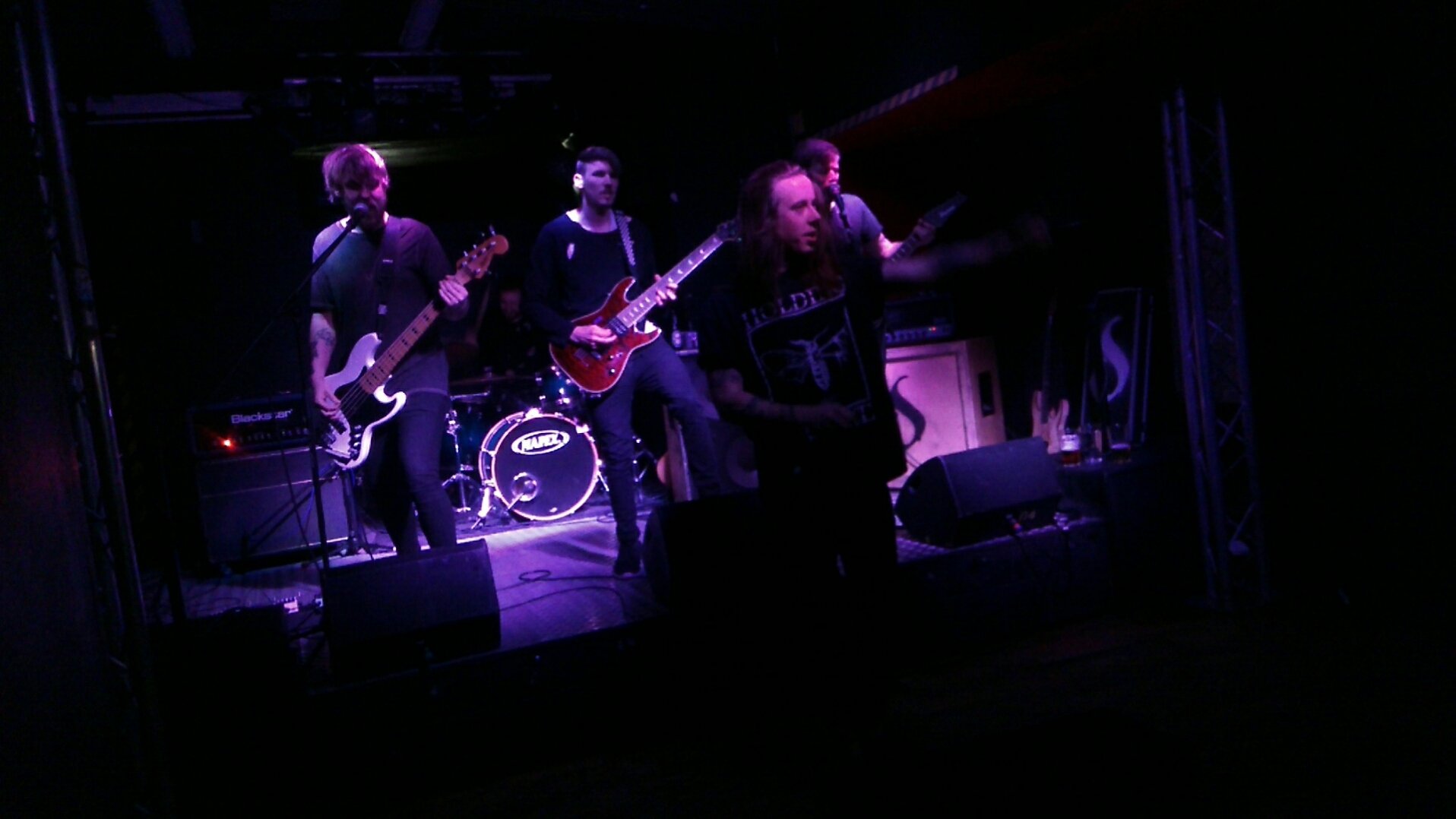 For the final part of Day of Deference, we bring you a live review of their show in Cardiff!

Monday’s are dreary days aren’t they? With the weekend over (this Monday was made even worse with the fact it being Monday meant Creeper’s gig had finished which we were also at last night) and people heading back to work/school etc.. However, we had a good feeling about this Monday as we were heading to one of our favourite venues Fuel in Cardiff to see Southampton metal crew Deference.

The first of the two bands on the bill were Dysphoria, the Ebbw Vale alt-rock trio were playing to a minimal crowd, made up mainly of the headline act. The vocals were akin to that of the Gallagher brother in Oasis, however that was probably the best thing about the set, there was no real stage presence, whether that being due to the fact that there was a very small crowd or whether it is just the way the band are I don’t know.

Disappointingly, as Deference took to the stage, there was about six people there, however, that did’t stop the band giving their all to the performance. There must be something in the water in Southampton that produces energetic and charismatic bands as we’d seen the previous night with Creeper and continued in full force with Deference. While there did seem to be some issues with guitarist Jonny’s amp at one point (which gave frontman Rob chance to chat shit for a bit), the set was really tight, even with an appearance from the late JFK. Crowd interaction was good, there was a bit more than I usually see, however with the chill vibe and the fact that it felt more like a band practice I’ll let it slide. The set was loud and vocals were great as they played tracks from their recently released EP False Awakening including the title track and latest single Departure as well as ferocious opener Endure. The end of the set brought more of a band practice feel to it as a call from the crowd led to an impromptu two-track and the band’s first ever encore (after of course asking permission from the sound desk), leading to the performance of a couple of tracks that have only been rehearsed a couple of times and never before played live, closing the set with Become Death Part II.

A very tight set that really should have been seen by a lot more people.