Deaf Havana, The LaFontaines and Hot Milk @ The Leadmill, Sheffield

Having only gotten into Deaf Havana after their latest record ‘Rituals’, but certainly liking what I heard, I jumped at the chance to check out their live show with my friend. With two other, very different bands on the bill as well, I knew it’d be an interesting night. 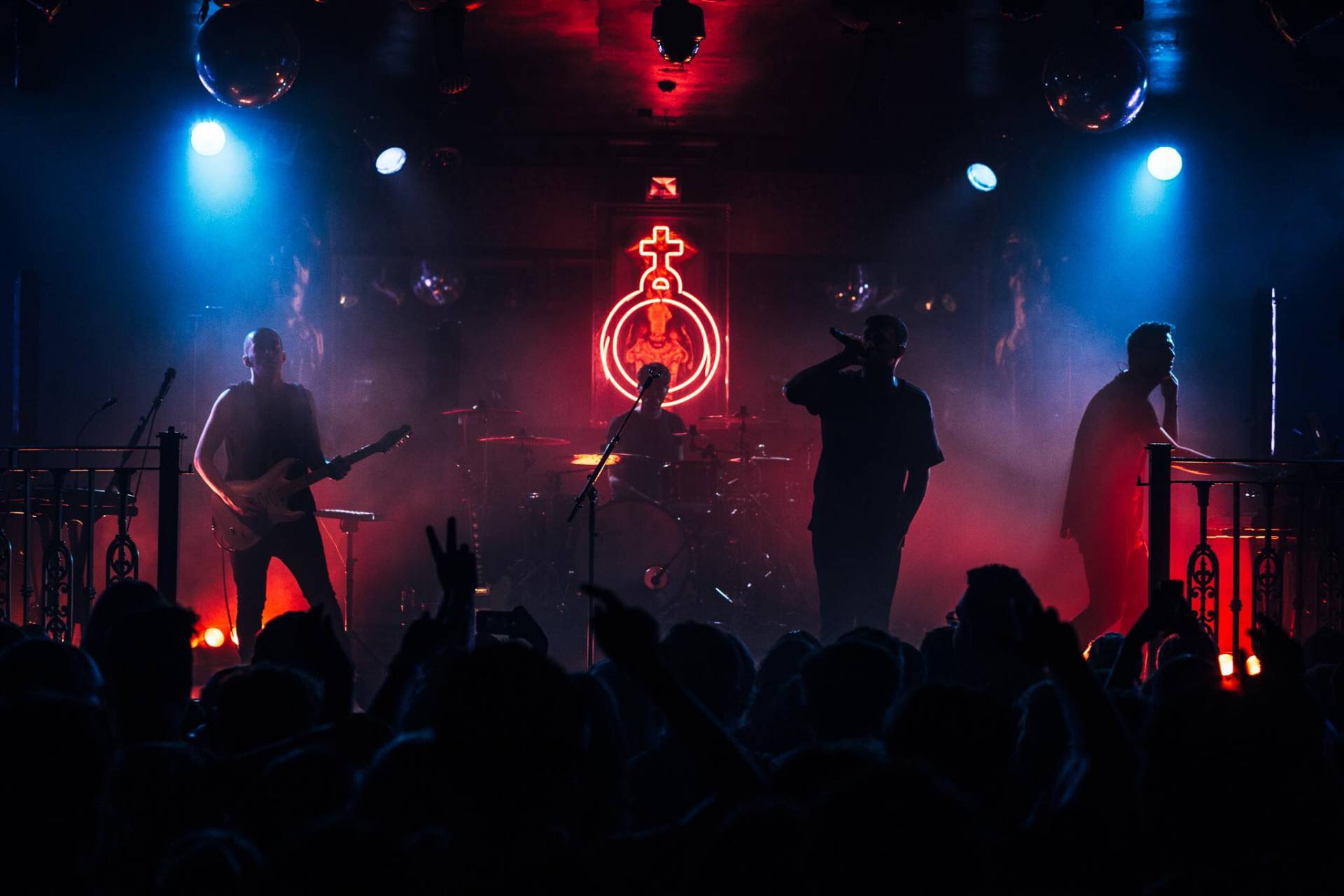 Hot Milk opened the night with a blast of dual-fronted pop punk energy. The catchy but corny ‘Take Your Jacket’ got the crowd moving but it was really ‘Candy Coated Lies’ that did it for me, a far better track with far more originality. Han and Jim held dual control of the show with adequate stage presence, but it was Jim who seemed genuinely excited to be up on stage. Han was being a strong frontwoman, as expected, but for some reason known only to Jim, he was overflowing with energy. That energy was pumped into his show as the band dominated the stage for a very packed but very short half hour.

The LaFontaines followed and they were somewhat of a curve ball. I hadn’t had chance to check them out and their bluesy rock guitars mixed with soaring choruses and rapped verses somewhat shocked me. Their music was not my thing at all, but my god can they own a stage! The frontman is a true showman, getting the whole place moving in a way I didn’t expect. As each song flew by you could feel the atmosphere lifting. He said it was his job to warm everyone up for Deaf Havana, and he was certainly doing that. And he also made friends with a fan, someone originally disinterested whom he had accused, albeit jokingly, of being racist to Scottish people, who by the end of it couldn’t get enough of the show. 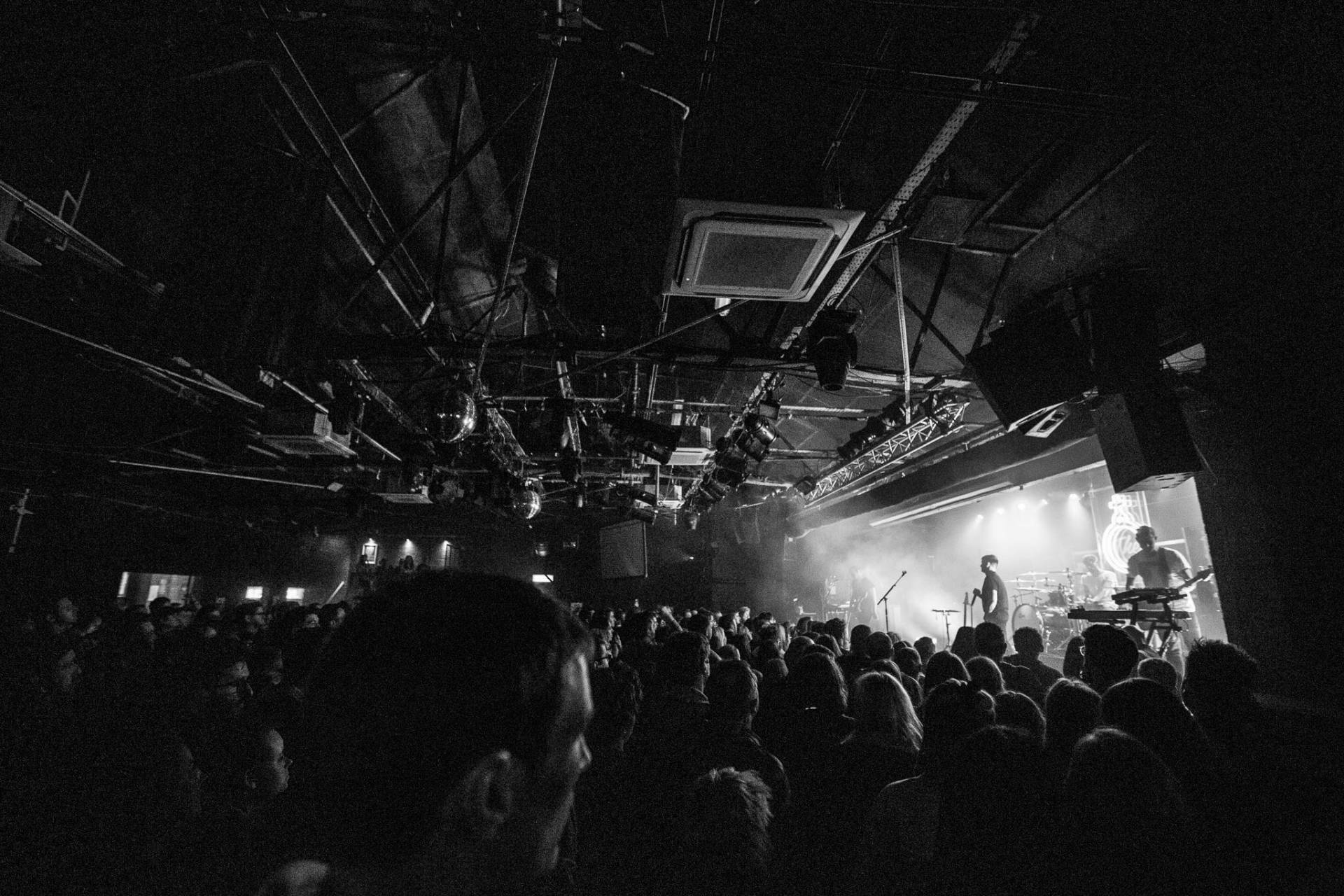 Sadly, they had to get enough, as 9 songs down they moved on and an eerie light settled, before the Deaf Havana logo lit up at the back of the stage and the band launched the audience into a frenzy with ‘Fever’.

The oldie-but-goldie ‘Mildred’ also went down well and was executed perfectly, while I got my first real high off of ‘Worship’, live, one of my favourites from the new record ‘Rituals’. The lights on the stage added a great vibe to each song and kept the show engaging, but at the start we were seriously lacking communication with the audience. This was rectified and became a constant feature throughout the rest of the show, with us learning about the band’s love of Sheffield and its relevance to the latest record, their lack of sanity after hanging out with each other for six weeks, non stop, and also hearing a small amount of atrocious jokes. Nonetheless, the best part was James dancing to the brutal chant of “Yorkshire”; the drummer joined in and we very nearly had a Yorkshire song from Deaf Havana, but it didn’t happen. Looks like The Darkness are still the only band to ever try that, in my experiences anyway.

The highlights for me were tracks from my favourite record, ‘All These Countless Nights’. The raw, pace changing ‘Happiness’ hit home a little too hard while ‘Trigger’ and ‘Sing’, both at opposite ends of the set, united the audience in voice. ‘Ritual’, ‘Holy’ and ‘Fear’, however, from the new record, were the ones that got the audience moving the most, especially when frontman of The LaFontaines joined them on stage to spice up the live rendition. The grand finale of ‘Sinner’, which followed ‘Wake’ being played as the band took the stage for the encore, was truly amazing. I have never heard an audience sing so well as one, they did themselves proud.

This was a great show. If you didn’t know all the songs it may have been a drag, but for a fan of the band they were everything you could want. The sound was crisp and the vocals were stellar. All I ask is that ‘Ashes, Ashes’ appears on the set. Pretty please?