For Halloween I decided the best thing to do would be to see New Grave answer to horror metal The Dead XIII. But the night didn’t start off spooky, instead with a classic rock sound…. 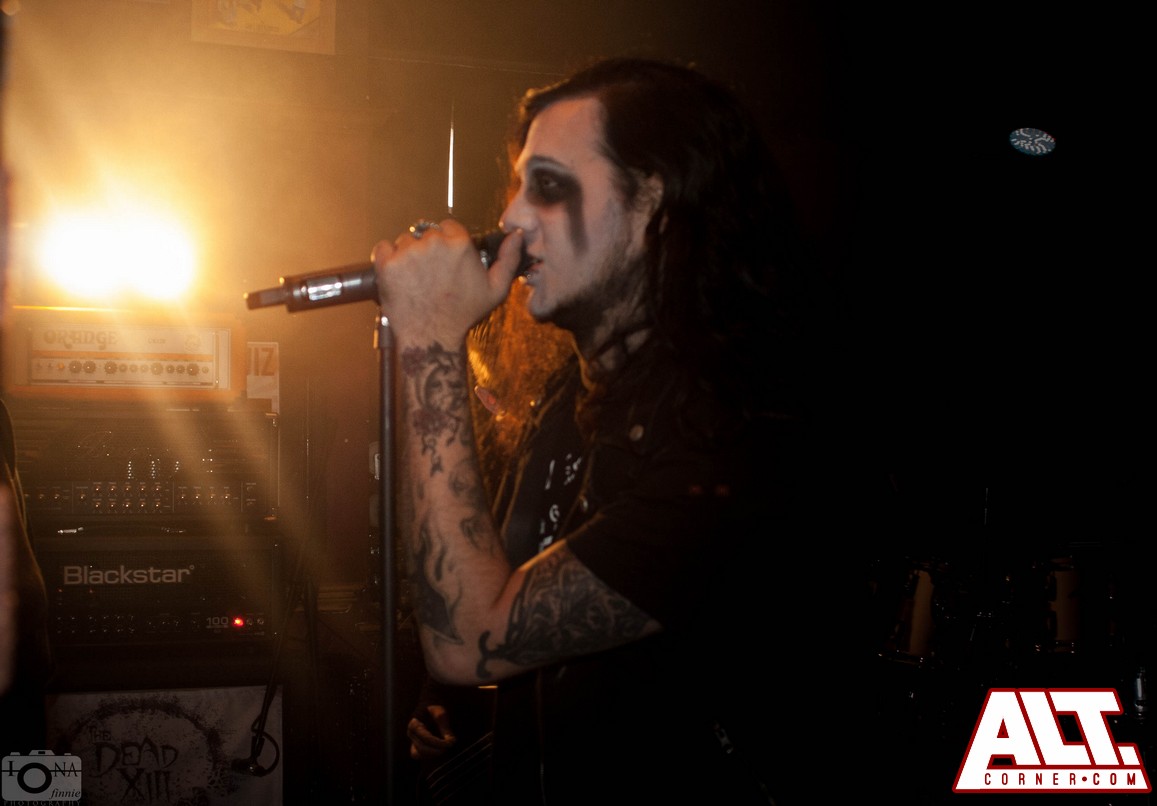 For Halloween I decided the best thing to do would be to see New Grave answer to horror metal The Dead XIII. But the night didn’t start off spooky, instead with a classic rock sound.

Channelling the spirits of some of the since passed on idols, Magic Trik took to the stage. Playing with an old school rock sound with their own modern twist on it. They have the perfect old school drum sound that is just that right side of heavy. On guitar, they have one of the best young guitarists in Glasgow (if not the whole of the UK) in Alex, it is something I can’t do justice in words but I will try. The band give him space to showcase his talent especially when they cover “Voodoo Child” and the riff he mixes into their original songs leave you at times, wondering how he does it, not to say that he can’t play to a structure and tempo but, he is more inspirational when he is allowed to explore a cord here and there. With David backing him up on rhythm guitar his voice does suffer but, when he puts the guitar down and sings there is no faulting him, he becomes a true performer…coming into the crowd, moving on stage and generally getting the crowd all fired up. If you are a fan of led Zeppelin, AC/DC or Aerosmith you should go and see this band live.

Seraph Sin came out next with a more Metal sound in the old-school sense of the word. The drumming had a more modern twist in the solo sections but, had that vibe that made me want to get some of my old cassettes out for a listen again. The guitar play was rhythmic and full of riffs again in the solos but they lacked that modern feel that I have come to love over the years.  The singers voice had this venom in it that suited the overall sound they were going for but, tonight it at times lacked the punch. It sounded like it had been spent either in too much touring or booze the night before.

Headlining the night were The Dead XIII. They started their set with a few technical issues with the backing track messing up and then not being in time with them but, thankfully this was overcome on the next couple of songs (I think they used the old IT method of ‘turning it off and on again’).  Kurt’s voice is unique and has this gravel to it, the type of true grit that can’t be taught. This is great for when he goes to screaming and suits the overall horror metal/rock sound. This sound has a great resonance with their fans adding to the fact they have been accepted into the New Grave community. This is giving them a cult following if tonight is any evidence. My head might fall off with all the head banging I was doing tonight, too! The drumming is really heavy and I love the feel it gives off like a hammer being hit against your chest. The Crowd (and me by all accounts) went a little crazy for “XIII”.  Kurt was a little obsessed tonight with making everyone in the crowd participate tonight, which lead to him dropping the mic and have to try and fix it mid song. But, they are a band that lives and dies by crowd feedback so I will allow him this mistake.