For this gig I took a trip south of the River Clyde to the intimate venue, Shadow Sound. With this being a small venue in the back of a rehearsal studio, there is no bar, and with its BYOB policy it has a great community feel… 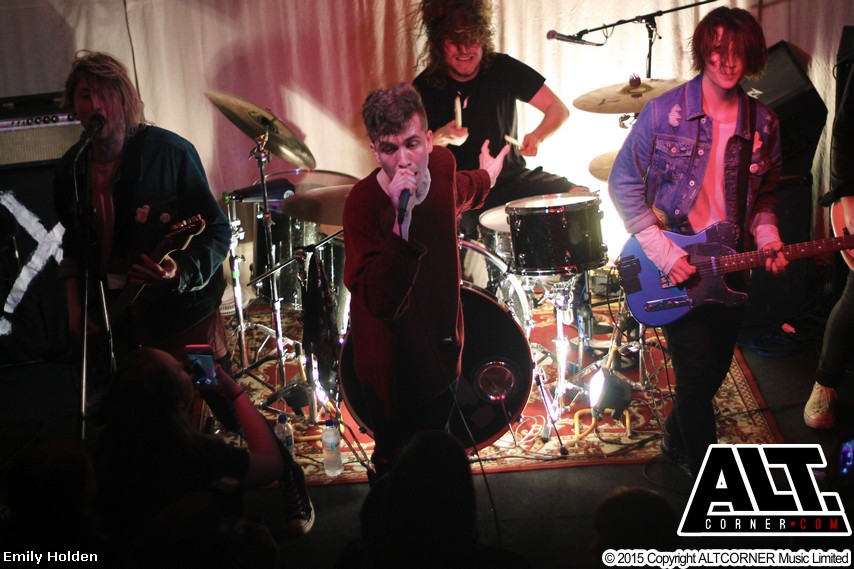 For this gig I took a trip south of the River Clyde to the intimate venue, Shadow Sound. With this being a small venue in the back of a rehearsal studio, there is no bar, and with its BYOB policy it has a great community feel.

Starting the night off were Bad Luck. With their pop-punk fused with shades of math rock, the band gave the night a great start. I normally criticize Scottish pop-punk band singers for trying to sound American when they sing, however this time I can’t as the singer was American! They had the added harmony coming from their keyboard player, with her vocals being a good counter point. They provided a happy sound without the teenage pop-punk anxiety. They soon warmed everyone’s hearts in the cold evening. Definitely one to watch.
(7/10)

Continuing on the Pop Punk vibe were Don’t Look Down.  Their sound was a very generic pop punk but, was of the ‘if it ain’t broke don’t fix it’ critique. Their songs did go a bit emo at times but lack that unique selling point. for me. Fun to watch live but, don’t stand out from the crowd of other pop-punk bands…yet.
(7/10)

With a change of gear heavy rockers Divides took to the stage. The first thing that struck me about this band was the energy they were showing on stage. They were full of life, not just singer Tasha jumping around but the guys in the band too, even the drummer Dave seemed to be jumping to the beat. The next thing that hit me was how much of the crowd were singing along to their songs. With a heavy drum beat that I love, guitar riffs and hooks that most bands would only dream to play, this band pull you in and make you want to jump. Add to this the siren vocals of Tasha who can put the brakes on her voice, to deliver a raw emotional sound that you feel in the back of your head… you can’t help but like this band.
(8/10)

Headliners were Dead! Having seen them once before it was good to see them play as a headliner this time and I love it when bands play at smaller  intimate venue like this, it is a way of giving something back to their fans. Their  sound is a combination of punk, rock, grunge and everything in between, taking inspiration from everything and boy do they give you a sweet ass set. They are able somehow to keep a high octane fuel energy throughout the set. The ballad of 2 Years was an unexpected addition but was a great addition tonight. ‘Enemy‘ was their stand out track of the night leaving me with goose bumps. I don’t think anyone left without a smile that night and they even had me howling like a walrus during ‘Alaska’.
(9/10)