Their folk-y, psychedelic, pop-rock sound is ever present in this musical journey with an overarching calming summery vibe. Although summer is basically over, this album will have you looking forward to next year’s. As Jim James said, “The record sounds so fresh—yet fills me with a strange nostalgia for things that haven’t happened yet.” 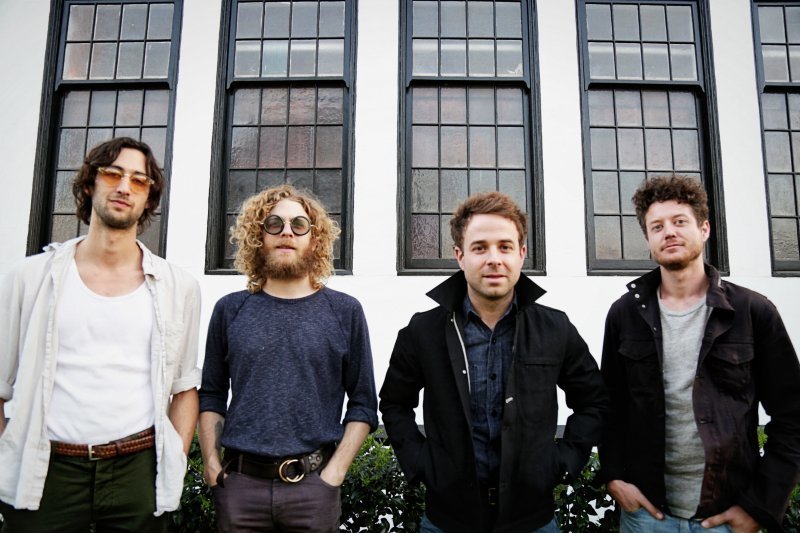 Dawes are back with a highly anticipated new album, ‘We’re All Gonna Die’.

Their folk-y, psychedelic, pop-rock sound is ever present in this musical journey with an overarching calming summery vibe. Although summer is basically over, this album will have you looking forward to next year’s. As Jim James said, “The record sounds so fresh—yet fills me with a strange nostalgia for things that haven’t happened yet.”

Dawes definitely give off AWOLNATION vibes with their catchy bass and synth melodies and mix of louder and softer vocals, but with more variety and an exploration of different feelings, instruments and sounds, there’s no way you’d confuse the two bands.

Taylor Goldsmith (guitar, vocals) said, “Pretty much every song on this record explores a difficult situation and tries to find a way to find the good in it, or at least remind yourself that it’s not always that big of a deal. After all, as scary as it is, we are all gonna die.”

Dawes are one of those bands with happy-sounding and catchy music, but with lyrics giving off a completely different tone. Even with songs like the album opener, ‘One of Us’, a catchy, almost 5 minutes, easy listen, the album is full of songs like ‘Less Than Five Miles Away’, describing horrors of the world with a happier groove rhythm. Don’t dismiss the album as merely just nice sounds – the lyrics are intelligent.

Although the songs are all about difficult situations the band manage to create such variation in just 10 tracks with their extensive layering and immense skill, whilst sticking to an overarching original sound. The band and producer are incredibly gifted in that every single song has been beautifully crafted. All of the different musical layers and delicate trills add to the dreamy atmosphere and nostalgic feel.

The album is also riddled with musical interludes (very Tame Impala), and the piano solo at the end of ‘As If by Design’ is really just something else. If you aren’t a fan of the band, you have to at least appreciate their musical skill because it’s a huge factor in every song.

‘We’re All Gonna Die’ is a big step up from their last album, ‘All Your Favourite Bands’, and considering how much progress they’ve made in only a year, I can’t wait to hear what they do next.