Darwin & The Dinosaur – A Thousand Ships

A Thousand Ships is D&TD’s debut album and was created fueled on Pot Noodles, Tea and Biscuits. The four-piece Norwich outfit have really provided a rather stellar account of themselves on their first release. 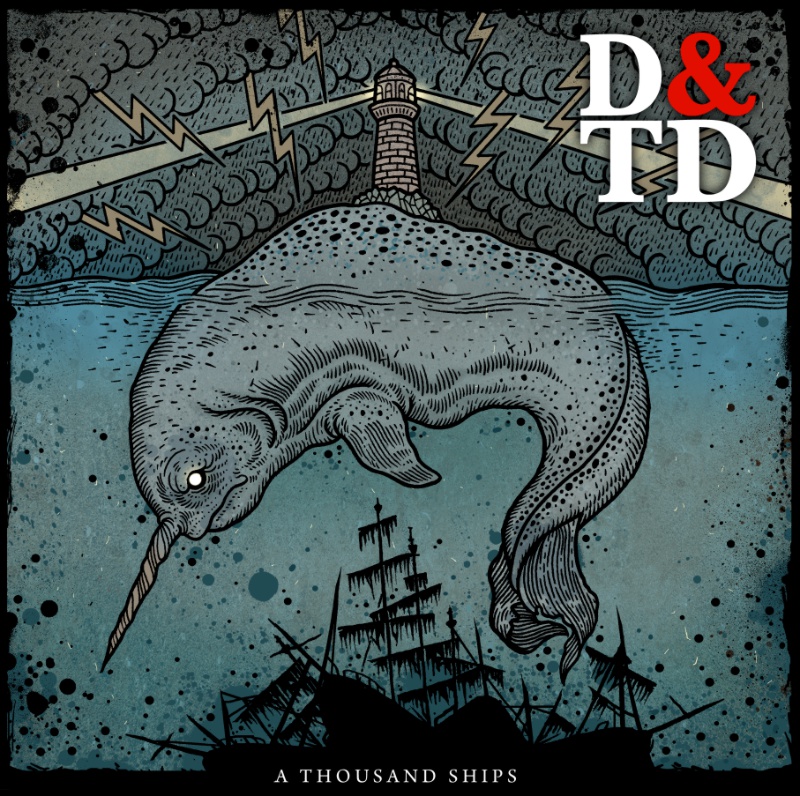 When a Band is self-professedly named after the ‘noun’ “Darwin & The Dinosaur” – which is “An act or opinion of no consequence and/or a barely adequate amount of fun” if you’re wondering, It’s clear to see what these guys are going to be about.

A Thousand Ships is D&TD’s debut album and was created fueled on Pot Noodles, Tea and Biscuits. The four-piece Norwich outfit have really provided a rather stellar account of themselves on their first release.

Citing bands such as Reuben and Thrice as bands they sound like, they have given themselves a high bar to reach. Fortunately ‘A Thousand Ships’ reaches this and then some. Taking the frantic instrumentation style famed by Reuben, D&TD offer something different in comparison to their predecessors. Vocalist, Alan Hiom provides a softer blend of vocals which is different to a lot of bands with similar styles.

The whole album shows their diversity as a band as there is a lot of style and genre blending but somehow they manage to upkeep their squeaky clean style. ‘Hand in Hand’ being one of the stand-out tracks for it’s catchy verses and enigmatic chorus which ventures into pop-punk dreamland.

In contrast, ‘Theories’ which serves as the opener for the album shows glimpses of the Reuben and Thrice influence without getting stagnated with sounding too similar. I hear a lot of fantastic guitar work especially on this song as well as throughout this Album and it’s real kudos that must be given to Alan Hiom and Steve Larke for that. The instrumentals made throughout this release sound like they are four guys with ‘heavy’ music experience and influence. They also seem to change it up frequently switching from Metalcore-esque instruentals to more pop-punk and everything in between.

The last song on the album ‘Change of Heart’ serves as a real compelling closer for what is a very refreshing album. The slow winded track which features a great American Football-esque bridge in the middle of it is another standout track.

Perhaps the greatest challenge D&TD will face when this album is released is the fact in order to make it into the mainstream(alas, Lower Than Atlantis, Mallory Knox etc) quite often, you need to be more ‘pop’ rock. But, being a band who operates on the basis of doing everything on their own terms, I am sure the mere fact of that they’ve released an album that can stand up against(and topple!) many of their compatriot’s latest releases will be more than enough recognition for them.