CRX is a band born out of The Strokes’ guitarist, Nick Valensi, missing playing live. They’re a mix of hard rock, pop rock, and power pop, and their album, ‘New Skin’, is one of the best things to come out of a ‘Strokes side project. 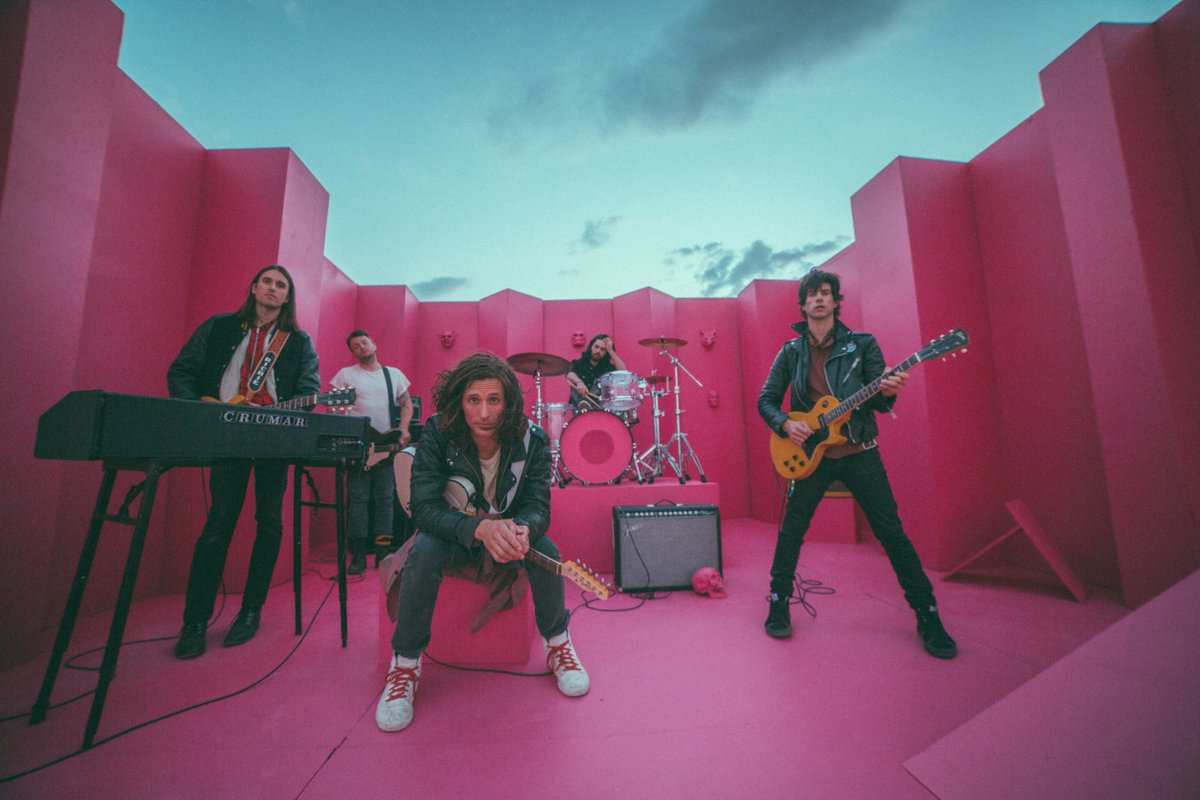 CRX is a band born out of The Strokes’ guitarist, Nick Valensi, missing playing live. They’re a mix of hard rock, pop rock, and power pop, and their album, ‘New Skin’, is one of the best things to come out of a ‘Strokes side project.

‘New Skin’ to me, is what The Strokes’ last album, ‘Comedown Machine’, should have sounded like. It could be a direct progression from ‘Angles’ with its rock core but synth and power-pop elements. Despite this, CRX have established their own name, independent from The Strokes.

Right from the start of track 1, ‘Ways to Fake it’, you can tell it’s an album written by a guitarist. The guitar is as intricate as it is impressive, and definitely plays a key role in the album. Valensi sings effortlessly, sounding not dissimilar to band-mate Albert Hammond Jr. His voice is confident and genuinely nice to listen to; fears of fronting a band and being a vocalist don’t shine through at all.

The song itself seems to be a commentary on fame, written to a infectious tune that will have you singing “I got ways to fake it / you’ll never know”. The theme of fame and being unsure carries on and off throughout the album – which could be a reflection of his hesitations of being a front man. The punchy ‘Walls’ has “I don’t know what to make of it/ when everyone is faking it”. Although, with ‘Broken Bones’ being about a literal broken arm, it’s possible that they don’t all necessarily have deep meanings.

‘New Skin’ is full of catchy songs with great hooks.  ‘Anything’ (a favourite on the album) has lines like “anything to make you go away”, with synth and guitar riffs that will have you singing the words and melodies for days. The writing for the album was done incredibly well, and each instrumental line has been really well crafted.

Queen of The Stone Age’s Josh Homme did a great job in ensuring all catchy instrumentals can be heard clearly among the rest of the band. Josh Homme, Ralph Alexander on drums, Richie Follin on guitar and keyboard, Jon Safley on bass, and Darian Zahedi on guitar all come together to carry on the powerful album.

Track 8, ‘Unnatural’, definitely has riff similar to The Strokes’ ‘Juicebox’, but that’s not to say it’s a direct copy. It’s got a strong, powerful bass line varying between a few notes. It’s smooth, deep, and fast, and the drums and bass really shine through on this track. Although, to give the album’s first half more variety, it would have been nice to see this song earlier up in the track list.

The last song, ‘Monkey Machine’ is an edgy end to a really good album. It goes from fast punk to a softer verse to a punchier section before going back to the chorus. The solo is incredible, just as on the rest of the album. It ends with a ‘woo’ and a guitar slide, and really – I can’t think of a better close to the album.

CRX are currently on tour in the US.