Make no mistake, the Southampton lads have made a brilliant start for themselves, and you can guarantee that this EP will make you want to take up skateboarding and graze your knees all over again while dressed in your dad’s leather jacket. 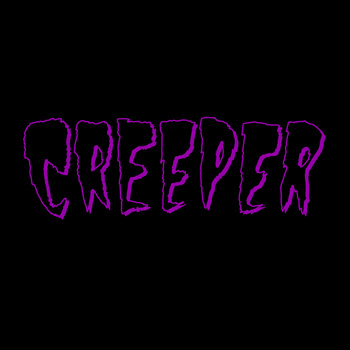 Formed from the ashes of Our Time Down Here and ex members of Hang The Bastard, Creeper’s self titled EP has given the band a formidable foothold in terms of reinventing themselves into what some would call an over-bloated genre. Except this time, as their band name suggests, they’re bringing back the look and appeal of goth punk, and there isn’t a goddamn thing you can do about it.

The opening track “We Had A Pack” has lines like “You’re making out in your fathers car, we’re making out i’m fine”, entwined with psychobilly influences with the backing acoustic guitar, mixed with the punchiness of new punk rock bands like Gnarwolves. It’s the sort of anthem you can imagine hearing in a packed out venue in Southampton where literally everyone and their dog knows the words.

“VCR”, the band’s experimentation into melodic hardcore, brings a nice dose of variation onto the EP. Will Gould’s somewhat ‘americanized’ vocals also brings a charming addition into the chorus, with a rhythm you can sway to with your girlfriend, and lyrics you can angrily finger point to.

The final track “Novena” is substantially sadder and harmonious than the rest of the tracks on this EP, and once the rest of the band join in at the end, it crescendos and ends somewhat abruptly, leaving you wanting more.

Make no mistake, the Southampton lads have made a brilliant start for themselves, and you can guarantee that this EP will make you want to take up skateboarding and graze your knees all over again while dressed in your dad’s leather jacket.

FFO: Gnarwolves, Tigers Army, Against Me!