Starting The night off was local pop punks Wasted Summer. The one thing that instantly catches your attention about this band is Steph’s impressive vocals, she is able to mix it up with holding those notes or add grit for some edginess. However, tonight was not her greatest performance, as at times her breathing let her down […] 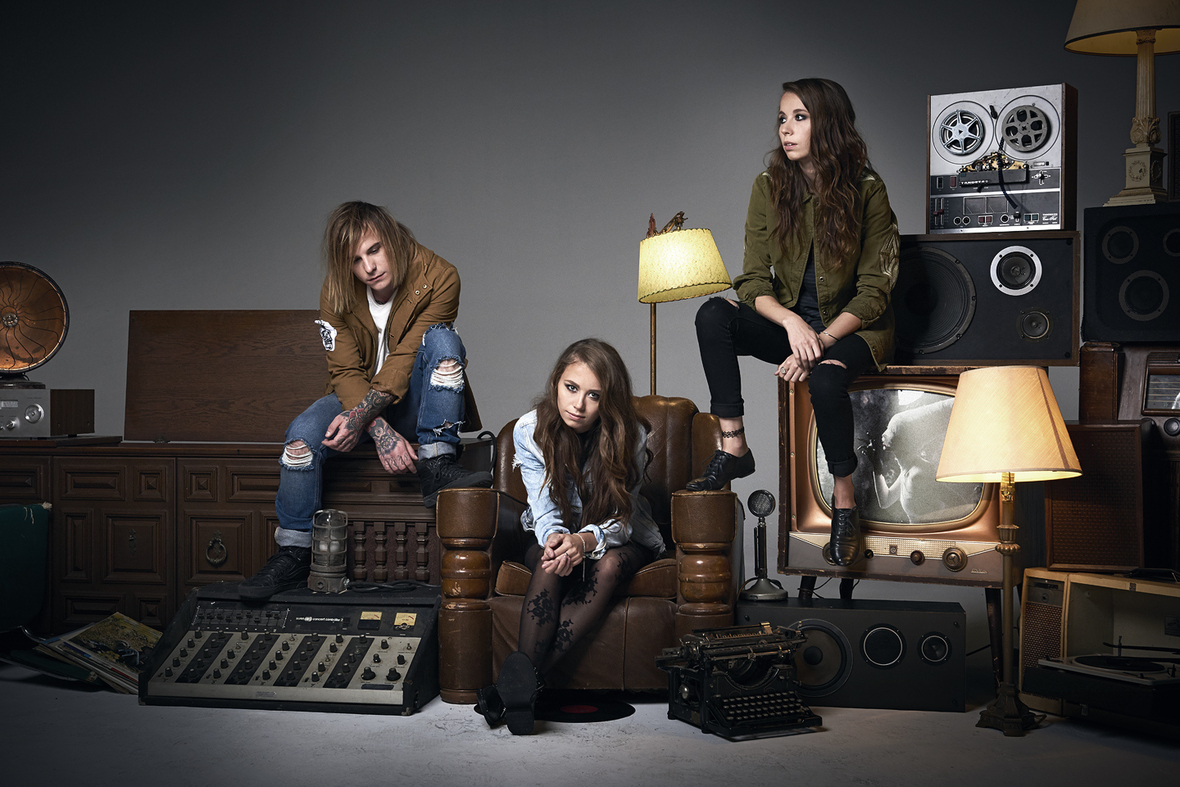 Starting The night off was local pop punks Wasted Summer. The one thing that instantly catches your attention about this band is Steph’s impressive vocals, she is able to mix it up with holding those notes or add grit for some edginess. However, tonight was not her greatest performance, as at times her breathing let her down and the odd line or verse was left unsung. Their overall sound is a little stripped back and has a good rawness that reminds me more of an 80’s grunge band than of pop punk. They did a good cover of Avril Lavigne’s Complicated. But for all this, they lack stage presence and during the song didn’t engage the crowd and spent large parts staring at the crowd. They also missed a few cues and had a few false starts. This had them slipped into sounding like a school band at time. There is potential but, can they unlock it.
6/10

Up next are one of the rising Scottish pop punk bands Reminded Me of Home. Every time I see these guys play they get better and better. They have the ability to also come out of that pop punk shell with some good harmonies and rhythms. They have a little bit of a Killers and My Chemical Romance feel to them at times, setting you up for the highs and lows their set brings. Their guitar play is not flashy but, brings the standard pop punk feels. Vocalist Craig has a smooth and calming voice but, don’t let that fool you for when the heavy drums kick in the vocals will have a bite. They played their yet to be released song Replicants tonight which is a lot more that your standard pop punk tune and has diversity they have been lacking in shows before tonight. This is what I look for in new bands, something that makes them stand out.
7/10

I have been in my Glasgow bubble too long. I am embarrassed to say I knew nothing about Chapter and Verse before this show.  And I am glad to say that at times they blew me away. With their opening harmonies to the breakdown, they have a good range of style. The entropic guitar play mixed with heavy drumming is something I loved. However they do confuse me at times. They have songs that are post hardcore and songs that are more post pop rock. With poppy soft drums and forgettable pop melody. There is a marmite quality to their set. Songs I absolutely loved and songs I absolutely hated. Inked stood out to me as a good example of what I loved about their set.
7/10

Headliners Courage My Love came out on stage and took us on a journey though not just their emotions but our own tonight. With a set that has heavy hitting bass and drums mixed with a good helping of synthesizers. I am I huge fan of heavy drums and Phoenix did not disappoint me on this front. With all the heaviness you may be forgiven for thinking that I am talking about a rock band. But they are a progressive pop punk band. With all this the emotional dripping lyrics delivered by Mercedes kept me enthralled thought out the set. Their set had this way of eating into you and getting to your soul and giving it a hug and saying “It’s ok we are all in this together” It’s rare a set speaks to me and brings me to tears but, tonight that is what happened. Everyone one of their songs has played a part in my mad existence on this blue pearl moving through the cosmos.
9/10