Climate of Fear – The Onset Of Eternal Darkness

Climate of Fear are an emerging talent from the UK who offer a new take on melodic death metal. The five piece have began to create quite a reputation for themselves combining a plethora of genres that ebb and flow between metal, beatdown and hardcore – forming a full arsenal of riffs, punishing vocals and ear shattering meltdowns. 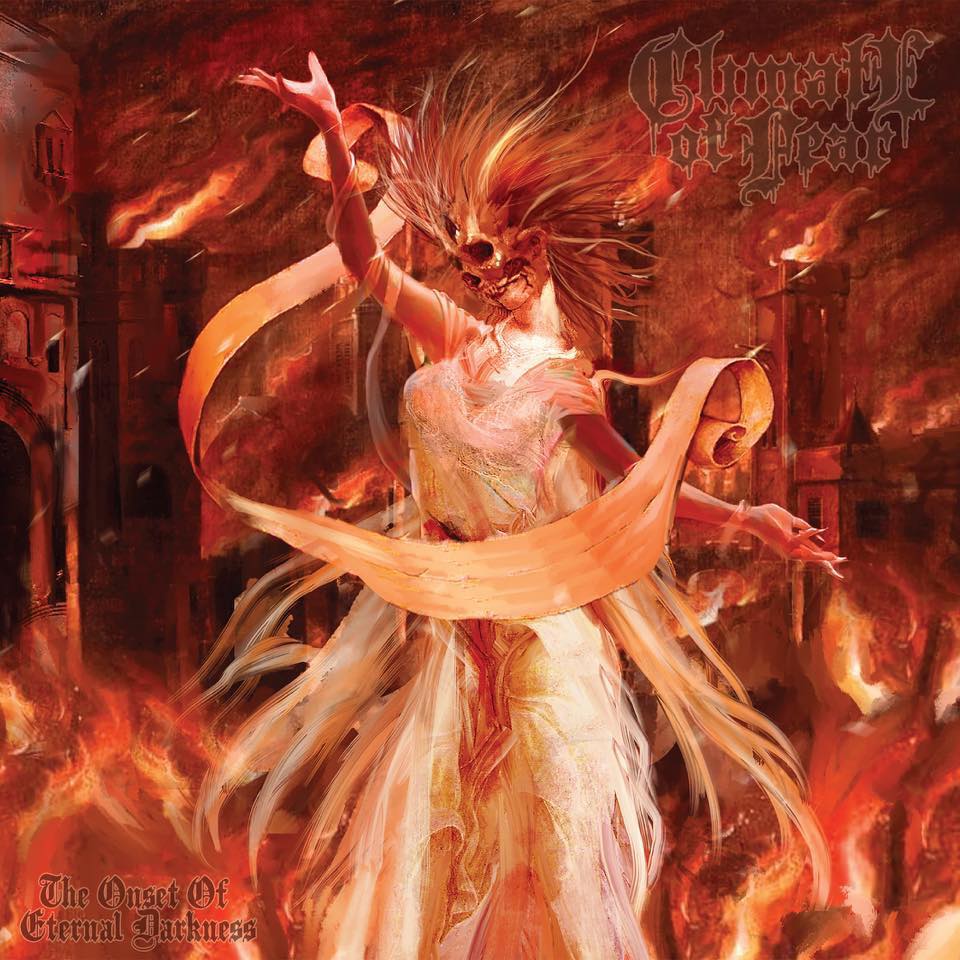 The quintet are on the verges of dropping their debut full length release The Onset Of Eternal Darkness that is slated for a March 1st release. This absolute barnstormer of a release was greatly recieved into our earholes this week and boy what a trip this listen was!

The album’s lyrical content is centered around the message of anti-capitalism and explore the topics of environmental nihilism and anti-exploitation, which in turn makes for a truly captivating lyrical output from such a new band. Tackling issues head on, with seemingly an unaplogetic manner the band ensure that any objectors stand up and be counted and ferociously spread their message with all the grit of their contemporaries such as Arch Enemy and Carcass.

The Cult Of Retribution is perhaps one of the most provoking singles I have heard from this genre in a long time as the slow, solemn-like build up reaches its crescendo with a thundering riff and drum beat that weave their way around one of the finest vocal and guitar displays I’ve heard from this genre in a long, long time. Other tracks such as album closer Divide and Conquer and the melodic Storming The Heavens show the diversity on show from the Climate of Fear camp.

The band make no mistake or misteps on their maiden release, wearing their influences on their sleeve, the band have crafted a near masterpiece that offers both a breath of fresh air to an often stagnant genre while ensuring they maintain what makes this type of music such an appealing choice for metallers. This band know who they want to be and they know what they want to say and if you do one thing today, it’s to drink it in and revel in the glory of The Cult Of Retribution.