BANG! That’s what the Self-Inflicted tour came in with and that’s down to the A* bands and their stellar performances like the one they gave on the 6th of February at CLWB IFOR BACH. Chelsea Grin started their touring cycle for newest album Self Inflicted on the 3rd of February at Aarschot De klinker with […] 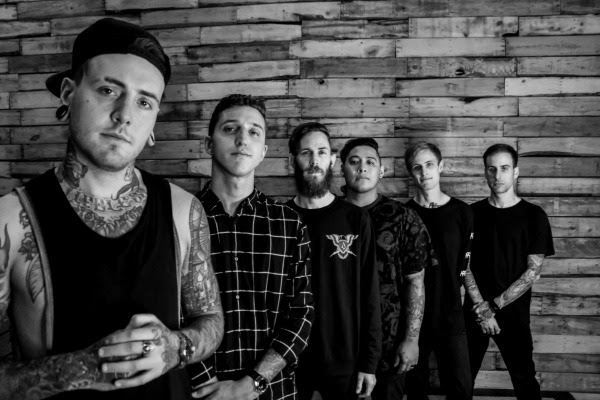 BANG! That’s what the Self-Inflicted tour came in with and that’s down to the A* bands and their stellar performances like the one they gave on the 6th of February at CLWB IFOR BACH. Chelsea Grin started their touring cycle for newest album Self Inflicted on the 3rd of February at Aarschot De klinker with Australian metal band Void Of Vision, Make Them Suffer, and French band Betraying The Martyr’s.
Void Of Vision started the night off with some of their newest songs and going back to some of their oldies too. Having amazing crowd interaction, getting everyone pumped for the night with a well rehearsed line up of songs, a lot of effort and a lot of energy. Despite only starting in 2013, the band are well on their way to the top with their quality of music and good live appearance and performance. With their 1st album out in 2014 Broken//Bones and their newest out in 2016, Children Of Chrome, I would implore anyone to listen to this band with the performance and energy they gave.
Make Them Suffer were next on the line up, also from Australia but with a bit more experience, starting in 2008 they brought some fiery energy up with them, keeping the crowd alive and giving a performance you wouldn’t want to miss. Their well skilled instrumentals and powerful vocals and lyrics and range of their songs you get the full notion that this is a band that love making their music for the audience and you can hear it. This band knows how to get the audience going and clearly put their all into this performance making it pretty memorable.

Betraying The Martyrs, a French deathcore band were up after them, coming in strong with insane clean vocals, highs and lows this band absolutely smashed it. They brought mayhem to the mosh pits getting everyone involved and making sure no one was left out. Crazy on stage and clearly very well accustomed to giving performances to remember, this band went ‘absolutely ham’ giving the performance and the crowd the energy and performance well deserved and expected and more. The skills with their instruments is something any upcoming band would want and just helped top the night before the final act of Chelsea grin.
Finally Chelsea Grin, a long time running American deathcore band came on with an unforgettable bang and gave the most insane performance no one would want to miss. This is a band that have worked hard to get where they are and you know that in their music, the skills that it must take to give such an amazing performance both instrumentally and vocally. When they stepped on to the stage they were met with great reactions and they only got better once the music started. The floor was alive with movement from everyone in the venue and dispite it being small it felt like you were part of something huge. This was the the 4th place for the tour to hit and they hit with full force giving a performance of a life time and still promising more.