Cardiff-based rock group Calling Apollo have created another dynamic album, followed up from their 2015 EP ‘Hunter Gatherer’. The EP includes 6 polished and unique tracks which are throbbing with melodies and vocals. The sound of the album is rich in breathtaking lyrics and emotion, this has to be one of the best upcoming albums of 2016. 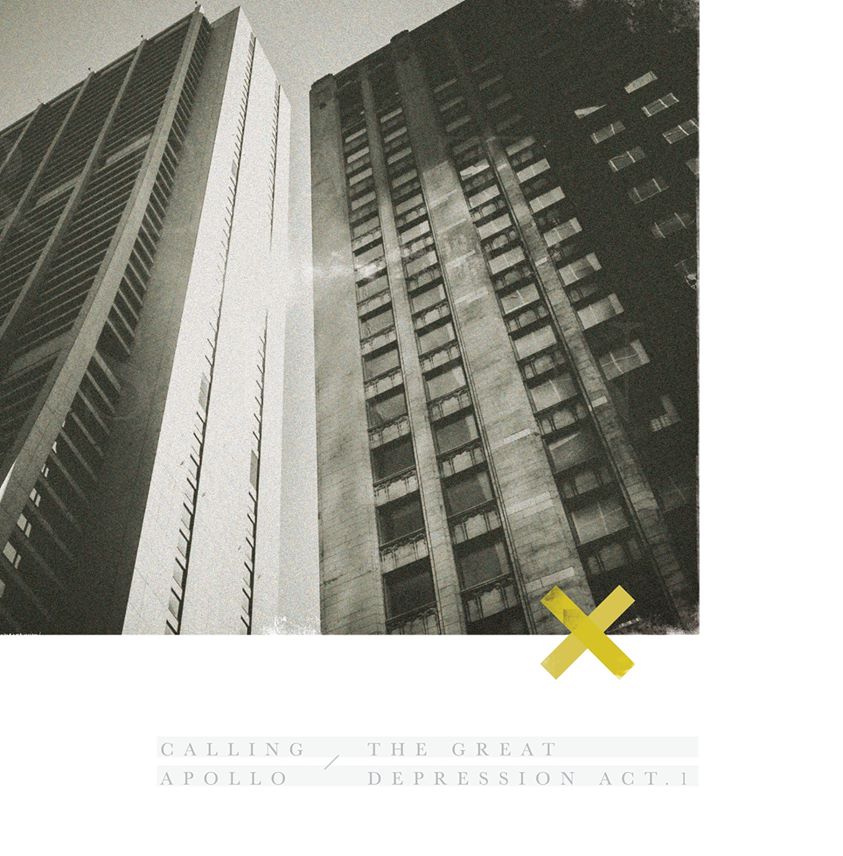 Cardiff-based rock group Calling Apollo have created another dynamic album, followed up from their 2015 EP ‘Hunter Gatherer’. The EP includes 6 polished and unique tracks which are throbbing with melodies and vocals. The sound of the album is rich in breathtaking lyrics and emotion, this has to be one of the best upcoming albums of 2016.

The album opens up with the song ‘Light The Way’. Personally, what I like about this track is the fact it’s so unexpected. The first 10 seconds already had me already wanting more, from the abstract sounds to a sudden loud and addictive guitar instrumental. Hearing this song live would be pretty amazing, just imagining the crowds reaction would be astonishing.

The next track on the EP is ‘Clone City‘, which completely contrasts to the Light The Way. A sudden burst of guitar just makes you want to move along to it. Straight away, we get strong, memorable lyrics which are sung with passion for the whole four minutes, making you want to play the song over and over again. Next up is ‘Obselik’. The song open up with groundbreaking riffs, leading into the vocally vicious song. This track is full of amazing sound, and with every replay the song keeps getting better and better. I have to admit, this is one of the best tracks on the album. The guitar which arrives in the middle of the songs creates such an atmosphere and makes you want the song to never end. (I didn’t want it to!)

‘The Wars’ is the forth song on the album. Which starts with slow drums and guitar, creating tension which I adore. Then as soon as the mellow, quiet lyrics come in, I fell in love. The song creates emotion, which makes the track a masterpiece. Even this is slower compared to the others, it just shows the range of talent musicians have, vocally and musically. Up next is ‘Act 1: House of Cards‘. Everything about this track is brilliant, from the vibrant drums to the stunning guitars. The song was beautifully written, with vocals reminding me lightly of the lead singer of ‘Empire Of The Sun’ but with a twist. The last song on the EP is ‘ … and The High Plateau.’. This last track is the slowest out of the whole album. It’s more on the edge of acoustic and slow if you compare it to the others. In my opinion, it’s such a great choice to end such a high class album.

Overall, this band has to be one of the most accomplished of 2016. With a beautifully written album which I can tell will be so popular within so many people, I really hope this band the best and they get the recognition they deserve for it.

Check out the video for the debut single ‘Clone City’ here: