In the first installment of our Butserfest 2015 reviews, Brad gives his thoughts on the live sets by Dirt, Networks and ZenthetiX. 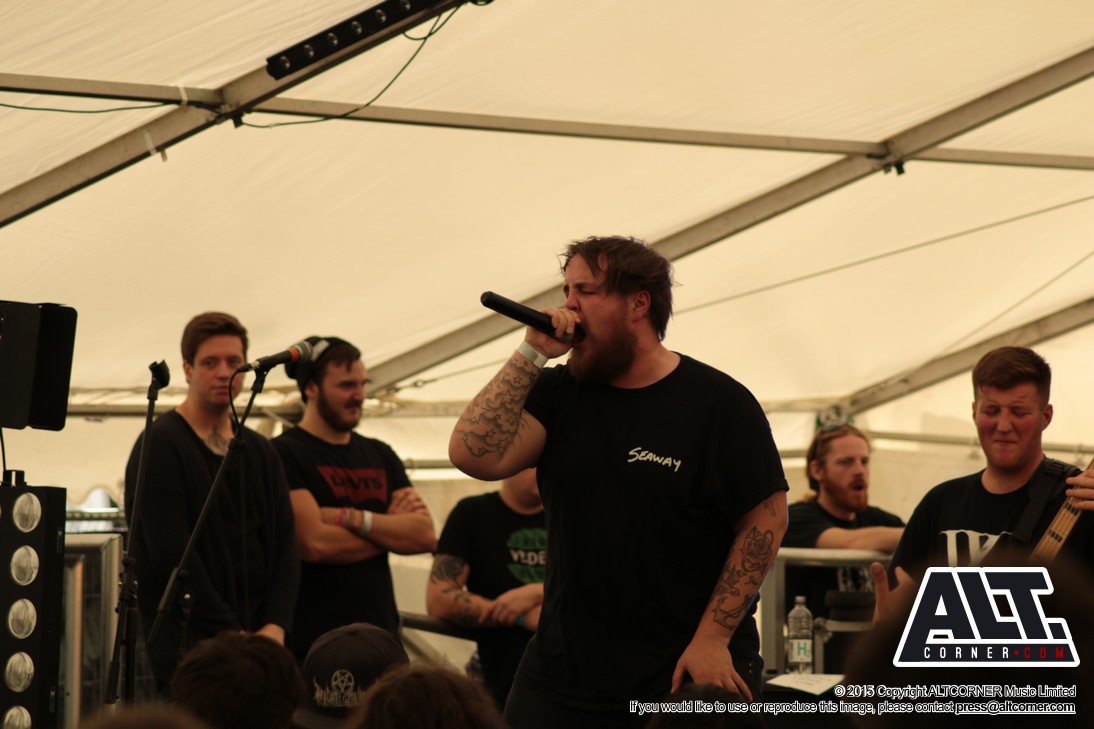 There is always a cloud of sadness when the month of September commences for the average music fan. Mainly because this symbolizes the end of festival season. Luckily, there is one bright spark in Petersfield that exists and offers the chance to say goodbye to the festival season with a bang.

Butserfest, now in its 9th year has become a staple amongst UK festivals for its relaxed vibe and is often referred to as the nicest festival by fans, artists and press. As I and one of the AltCorner Team members begun our walk down the hill past all of the surrounding trees and into the core of the crater-like area that Butserfest takes place upon, It felt really great to be back once again (my last visit being in 2013).

Through various traffic hold-ups and getting slightly lost on our way to the festival, the first band we caught was Networks. The metalcore four-piece from neighbouring Portsmouth really brought their ‘A’ game. Things haven’t always been great for Networks as at the beginning of the year there was severe question marks on if they were to carry on but thankfully they did. Their set was an angst-driven feast that captured the spirits and admiration from the loving crowd. Vocalist, Sean Kelly delivered a passionate and enthralling performance that led to various ventures into the crowd who welcomed him with arms awide. A fantastic performance from a band who reminded me that this genre can still be as impressive as it once was. So, if you’ve grown tired with metalcore; go see Networks live and you’ll see why they deserve your attention.

Next up was our good friends in Dirt who have had a fantastic time since we caught them at Takedown Festival. Releasing their EP ‘Mirrors’ and single ‘Insomnia’ alongside countless live dates, Dirt have ensured that the potential we saw in them is being reached and then some. Their performance of Butserfest was truly iconic in the sense that myself and many others will have walked away thinking that we, collectively have just seen the next big thing in UK Alternative Rock. Stampeding through tracks from ‘Mirrors’, performing our personal favourite and latest single ‘Insomnia’ and even treating the crowd to a new track that sounds like it could just be their best song yet. Vocalist, Alistair Keenan showcases his frontman credentials both with his Dirt love what they do and boy does it shine through in their performance and not for the first time, I will go on record to say that these guys will be selling out a headline tour within a year.

South Coast rockers ZenthetiX tore up the introducing stage in a set that included a keyboard, crazy riffs and bat shit craziness. Imagine if Muse and Alice In Chains had a baby that was self-aware of not following the status quo and you’d be pretty much there. Being a newcomer to the band and their songs, everything was a surprise but the colourful four-piece provided plenty of diversity and appeal to keep me watching. ZenthetiX provided a welcome break from the hardcore, metal or straight lace rock outifts that occupied most of the bill with their mathcore-esque output that is definitely worth checking out.