Bullet For My Valentine at The Alhambra Theatre, Dunfermline

Gareth reviewed Coldrain, While She Sleeps and Bullet For My Valentine in Dunfermline… 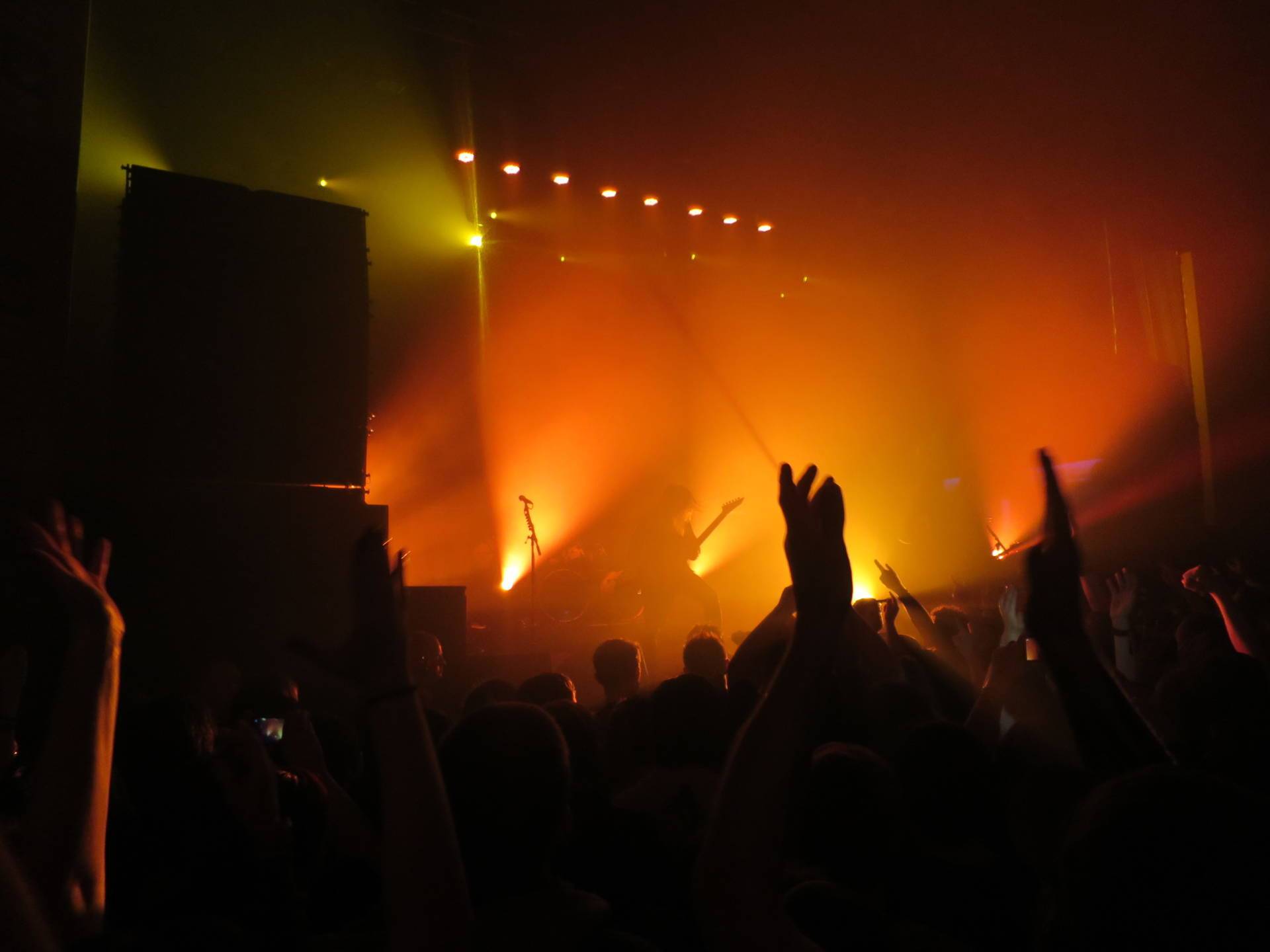 For today’s gig a short trip to Dunfermline’s Alhambra was in order. As it is a theatre by normal trade, the floor is slopped which meant you could easily see the band from wherever you stood but man did my legs hurt from being stood at that angle. It also made the mosh pit a but weird as with every jump someone took, they moved towards the barrier. Also I have never been to a gig where so many fans were wearing the band’s tee. Even taking away the fake ones people bought in the queue, always wait till you get inside the venue before buying any merch.

Coldrain started the night off. With infectious metal or the new post-metal (take your pick) coming all the way from Japan. They provided the heavy headbanging metal sound without the screech that I love. With heavy riffs keeping you entertained, their singer provided screams but also a smooth harmonic sound that worked well. The reason I hesitate to call them metal is their sound is more melodic than metal.

While She Sleep brought what I would call metal to the stage. Full of that ‘dar da rat dar dar’. Huge amount of energy with heavy guitar riffs. They provided just what the crowd wanted and then some. Their singer screams too much for my tastes but for those who are into this, While She Sleeps will deliver exactly what you want. During their set they challenged the crowd to have the most people this venue has ever seen come over the barrier crowd surfing and the crowd obliged with everyone from old school rockers, scene kids to someone’s mum with her handbag and drink in hand joining in. The security really stepped up for this and were in good spirits. They need to be commended for all their efforts tonight.

Bullet for my Valentine hit the stage next! These metalcore guys bring that drum sound I normally associate with rock bands but this is the sound I love and I was banging my head along in seconds. As a metal band their sound is more radio friendly than most others but, this is why they are and have been around for twenty years. Tonight their set was a good mix of old songs and the new songs from ‘Venom‘. The guitar riffs and hooks kept me entertained and I am not sure how singer Matt Tuck can sing the way he does every night as it would ruin most peoples vocals doing that. They did lose me on the middle of their set as it seemed to wane for me and the energy seemed to be sucked out of the room. This however wasn’t the case for the last two or three songs and all was right again. Their encore had even the most timid of fans jump around.