Live music is back! For our first live review since the pandemic took hold, deputy editor Lizi headed to Cardiff’s Motorpoint Arena to see Bring Me The Horizon, You Me At Six and Nova Twins. 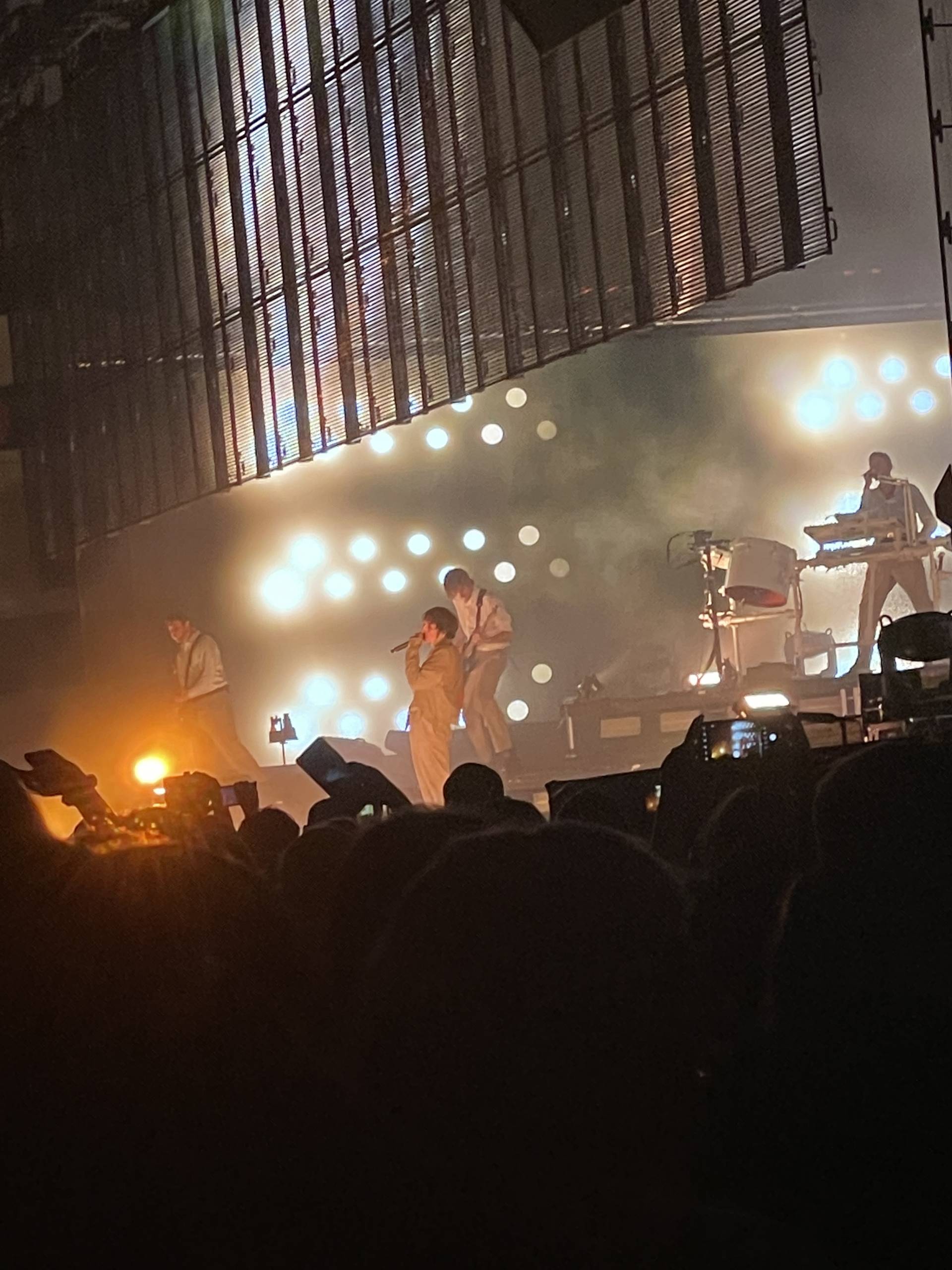 First up is Nova Twins and I’m immediately reminded of how much I hate that they put the opening act on while most people are still trying to get into the venue. Due to this, I only caught the last half of their set but I was in awe. The energy of their set started the night well and I did manage to catch one of my favourite Nova Twins song in Taxi.

You Me At Six are up next and it’s clear the crowd enjoyed them. The loudest part of their set came during ‘Bite My Tongue’. Josh Franchesci also paid tribute to his nan who was from Betws-y-Coed and recently passed away. He also recounted some of the many appearances the band have made at the Motorpoint Arena.

Anyone who knows me knows that I’m not really a fan of Bring Me The Horizon. There’s a few songs on record that I liked but I wasn’t that keen overall – and yes I’m using past tense as last night’s set made me change my mind.

Not one song played by BMTH was below average. While they didn’t play the one song that I would put among my all-time favourites (Heavy Metal), the mix of old and new fave a good span of their career.

The production value alone was worth the £50 ticket price. The band were surrounded by a cage which lowered during a number of their songs and also acted as a screen to show videos and graphics throughout. A number of music video clips were played on the screens around the stage and the addition of two dancers who changed costumes based on the song – I do not envy them wearing full body hazmat suits, masks and gloves during Parasite Eve – was a nice touch.

Musically BMTH were on fire from the start – opening with Teardrops, MANTRA and House of Wolves, you’re greeted with newest record Post Human: Survival Horror, 2019 release Amo and seminal album Sempiternal. The energy from the crowd from the get go showed how much everyone in the room missed live music and the support and love for their favourite band.

A fun touch came when frontman Oli Sykes reintroduced his bandmates in case people had forgotten due to the long time without gigs.

Throughout the set it was non-stop energy through tracks such as Parasite Eve, Shadow Moses and 1×1 which saw Nova Twins return to the stage to reprise their guest role on the track. Newest single Die4u also gets a play – with the crowd screaming every word back.

It slows down on penultimate track Follow You as the popular single gets a piano rework. The set itself ended with a rousing rendition of Drown before the band exit the stage.

During the few minutes they are off-stage before returning for an encore, the crowd begin chanting “we want more” before moving on to a slightly out of time rendition of ‘Hey Baby’.

Encore time and it’s Obey featuring a video of Yungblud on the screen and a rousing Throne before ending the night with Can You Feel My Heart.