Bring Me The Horizon (with Basement and Don Broco) played the O2 Arena on Saturday 5th November, and there are no words to do that show justice. 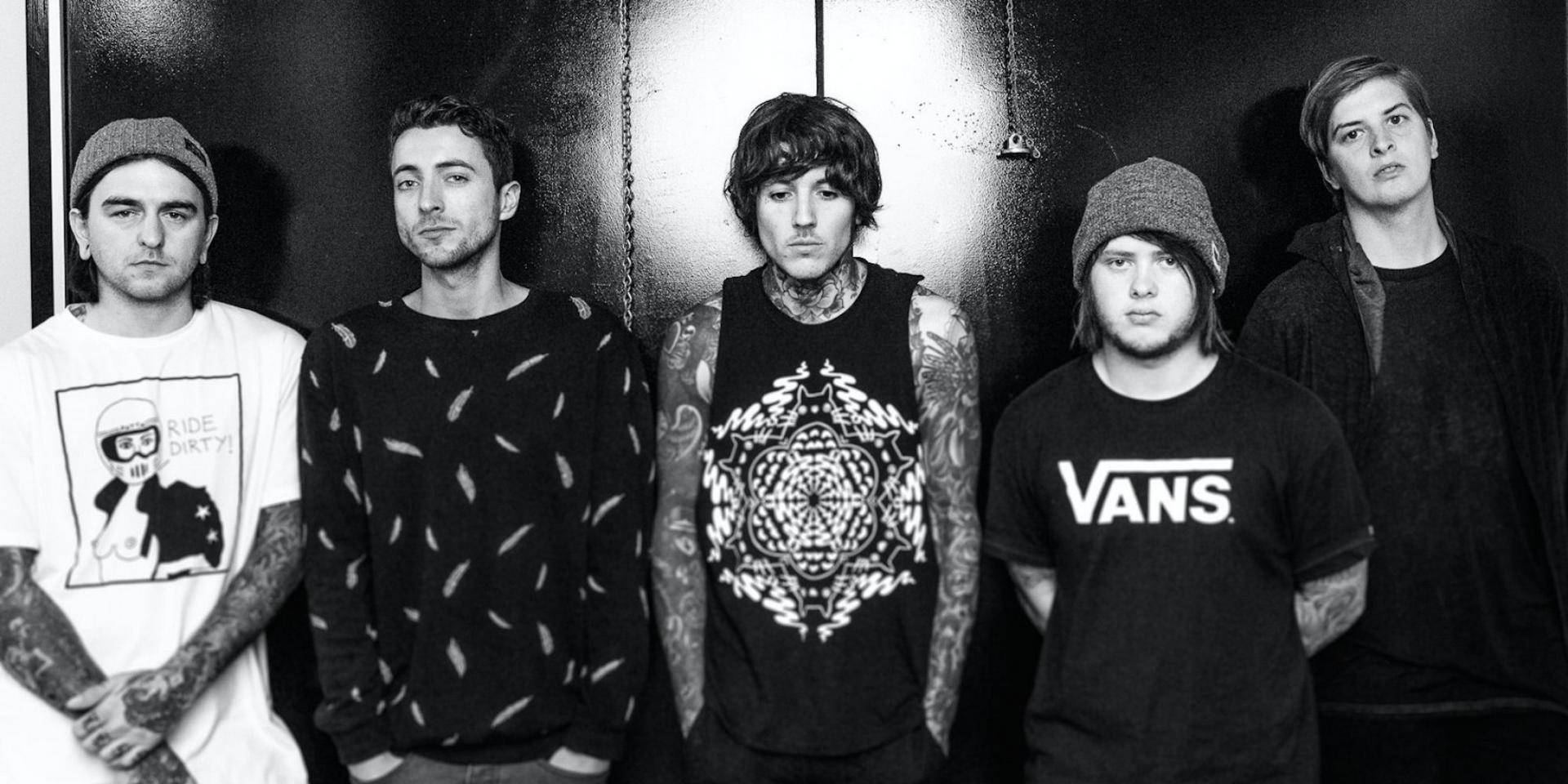 Bring Me The Horizon (with Basement and Don Broco) played the O2 Arena on Saturday 5th November, and there are no words to do that show justice.

Basement began the night with a 20 minute or so set. For a relatively small band playing an arena show, they did well, playing songs they knew would get the crowd moving. They got the crowd involved, played with great energy, and were an impressive start to the night. I don’t really listen to them, but even for people who don’t know the band – they put on a great show.

Next up was Don Broco. When I heard they’d be playing, I was a little worried they wouldn’t bring the same sort of energy as BMTH, but I was so wrong. Despite lead singer, Rob, having issues with his throat, he belted out every single lyric like a pro. Coming on to ‘Everybody’, the crowd surged forward and the majority of the crowd were singing along. Even those who perhaps didn’t know every lyric could join in with the ‘ooh’s, and the chorus of ‘Fire’. They played a mixture of old and new songs, with a lot of fan favourites, evident by the amount of screaming before each song was introduced. Encouraging everyone to jump and get involved, they were definitely an outstanding support band for BMTH.

The build up to the headline act was insane. You could hear the buzzing get louder and louder, accumulating into a loud and long scream when the lights went off and the intro music started. They walked on to thunderous applause and ear-piercing screams. Beginning with ‘Happy Song’, and ending with ‘Drown’, the whole almost hour-and-a-half was filled with high energy. The O2 was filled with 20,000 people moshing, screaming, crowd surfing, and having the best time.

The band powered through their set, not missing a single beat. Highlights include: ‘Chelsea Smile’, ‘Throne’, ‘Antivist’, ‘House of Wolves’, and the speech before ‘Doomed’. The crowd made those songs just as much as the band did. They did a collection of their most popular recent hits, and the crowd loved it. It a performance where the band were genuinely humbled to play, and put on a better show for it.

One thing that BMTH do especially well is the visuals. The production value during their performance was outstanding. From the graphics, to the lasers shooting down, to the confetti cannons and explosions – it all made the experience so much better. Despite them not showing the creepy baby thing from the ‘Oh No’ video, the songs were amplified by the graphics.

The only complaint I do have, is that BMTH don’t vary their set list much. I’ve seen them three times over the past two years, and the set list has been almost the same. There’s only been a change of about three songs, and little change in the actual order of the songs. If you’re paying between £30 and £40 each time to see a band, it would be nice to see more than the same 15 songs – maybe more songs on the albums before ‘Sempiternal’.