Brick + Mortar at The Boulder Theater

When someone offered me an extra ticket to see The Front Bottoms in Boulder, CO, I leapt at the opportunity. I drove upstate to attend the show and waited around the back of the crowd for the headliners to come on. From here, I had a beautiful view of the most entertaining opening performance I’ve ever seen. 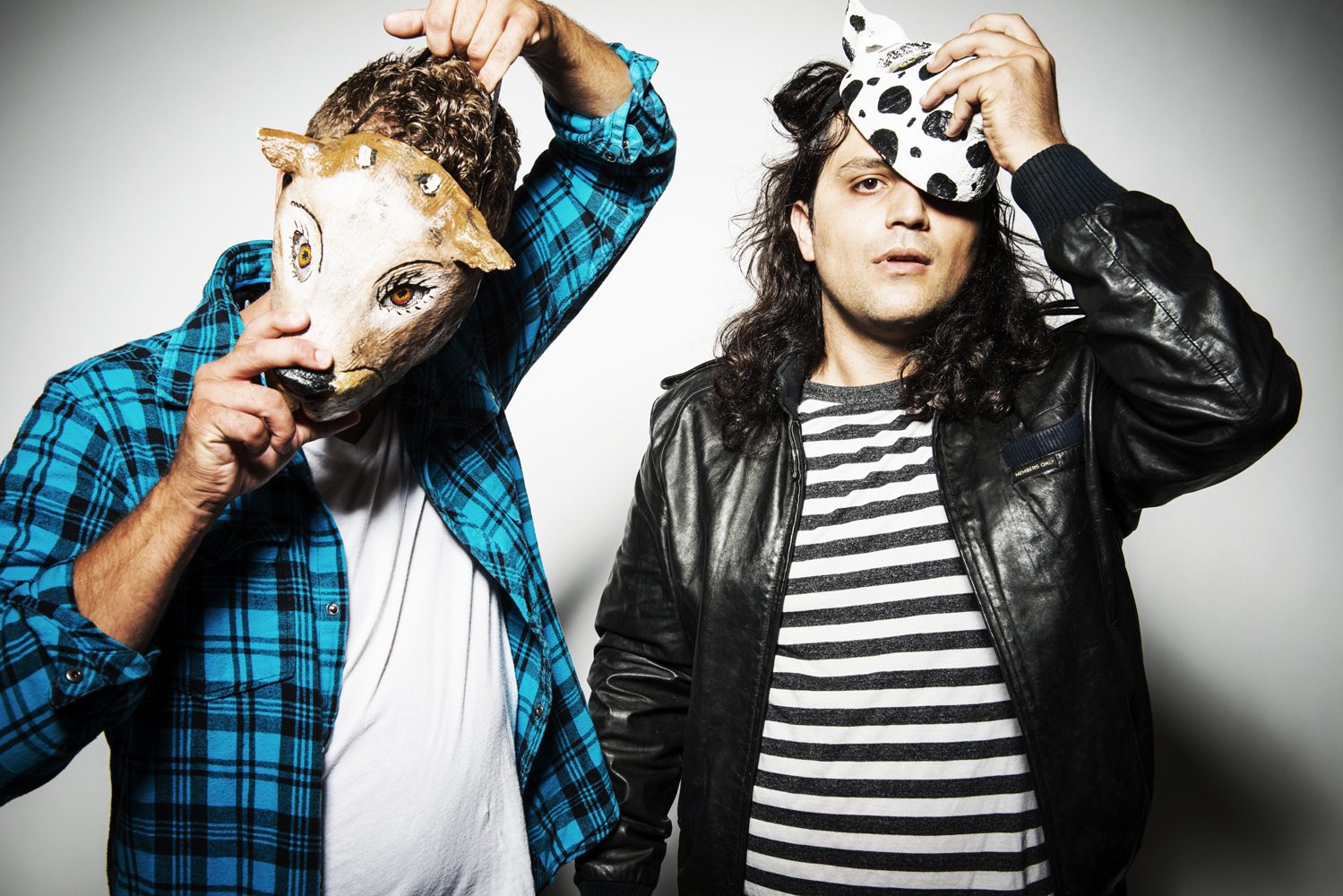 When someone offered me an extra ticket to see The Front Bottoms in Boulder, CO, I leapt at the opportunity. I drove upstate to attend the show and waited around the back of the crowd for the headliners to come on. From here, I had a beautiful view of the most entertaining opening performance I’ve ever seen.

Brick + Mortar’s set opened with a series of short video clips projected on a screen, including hands squishing a cake and dancing pairs of pants. Stay with me here. The graphics shown were the product of artist Richie Brown, who is currently touring with the band and gracing the stage with his performance and artwork as the group plays their set. Taking on this artist truly brought the show to life, as he was a crucial piece of the crowd interaction and visuals.

As frontman Brandon Asraf and drummer John Tacon played their set, each song was a trip. Early on, attendees were asked to interact with the song “Keep This Place Beautiful”, a lovely tune Asraf wrote about leaving the world a better place for future generations. All concert-goers were asked to stoop to the floor and then jump up as the song crescendoed. This was a great ice-breaker for the wild ride that came next. On the following song, Brown, who was on stage during the entire performance, threw an air mattress into the crowd and proceeded to leap atop it, then surfed around the theater. Later, during the song “Terrible Things”, the crowd was given balloons to fill and let fly, being told to release all their bad thoughts as the balloons sailed above their heads. Next, a music video animated by Brown was played during the song “Old Boy”, a fun jam in its own right. His outlandish, cartoony art-style really kept the crowd’s attention.

At one point, Asraf and Brown went backstage as Tacon asked the attendees to clap along to his drum solo. The missing members reappeared with Asraf dressed as Death, scythe and all, and Brown dressed in a tiny pair of green shorts with pointed green ears and nose. As Asraf sang the next song, Brown threw glitter from his short-shorts into the crowd. During the popular song “Locked in a Cage” (featured in the game “Need for Speed Rivals”), the true spectacle took place.

Brown took the stage wearing a leopard-print bra, holding a sign reading “LOCKED IN A CAGE” over his head, like a glorious card girl rousing a wrestling event. As he danced around the singer, Brown held the sign over his chest and lifted it upon the next chorus, having removed the bra and revealing he was wearing heart-shaped tassels. He began twirling them as he jumped, while the crowd went wild. It was a truly a beautiful sight to behold.

All the while, during Brown’s antics, Asraf’s unique vocals stunned me. His songs were powerful and each meant something personal and special to him. He had strong chemistry with Tacon and the crowd, obviously comfortable and savoring each moment. He told short stories with many of the songs and was cheery and sincere. Tacon seemed to really enjoy his time on stage and, though he spoke little, he had great fun interacting with the crowd during his drum solo and I caught him smiling often.

Energetic and full of surprises with each song, the band seemed to truly love being on stage and shared this enthusiasm well. Every song had meaningful lyrics and was accompanied by a fun performance. It was an unforgettable experience and the most interactive, exciting opening musical act I’ve seen. Don’t miss Brick + Mortar if they come to your area, and be sure to check out their various music videos. This band has fantastic music and a great energy, as well as excellent choices when it comes to selections to ensure their concerts are as enjoyable as possible for their long-time fans and newcomers alike. I immediately went home and added their latest album to my playlist and listened all the next day before seeing them in concert again in Colorado Springs the following evening. There, the show was just as spectacular, despite the shoddy venue and crowd. I met the band afterward and had their sticker autographed. A week later, their awesome album “Bangs” (the entirety of which was played at each show) arrived at my door after I had ordered it. I have a feeling this band’s fame and my career as their fan is only beginning to realize its potential. I look forward to watching them grow and seeing their next Colorado show.

I'm a 22-year-old English major with a passion for music and adventure. I travel as often as possible and try to catch my favorite bands whenever I can.