Breathe In The Silence, Lost Atlanta, As I Was Hunted and Solitude at Opium, Edinburgh

Gareth Rooke saw Breath In Silence, Lost Atlanta, As I Was Hunted and Solitude at the Opium in Edinburgh. Here is what he thought of the acts… 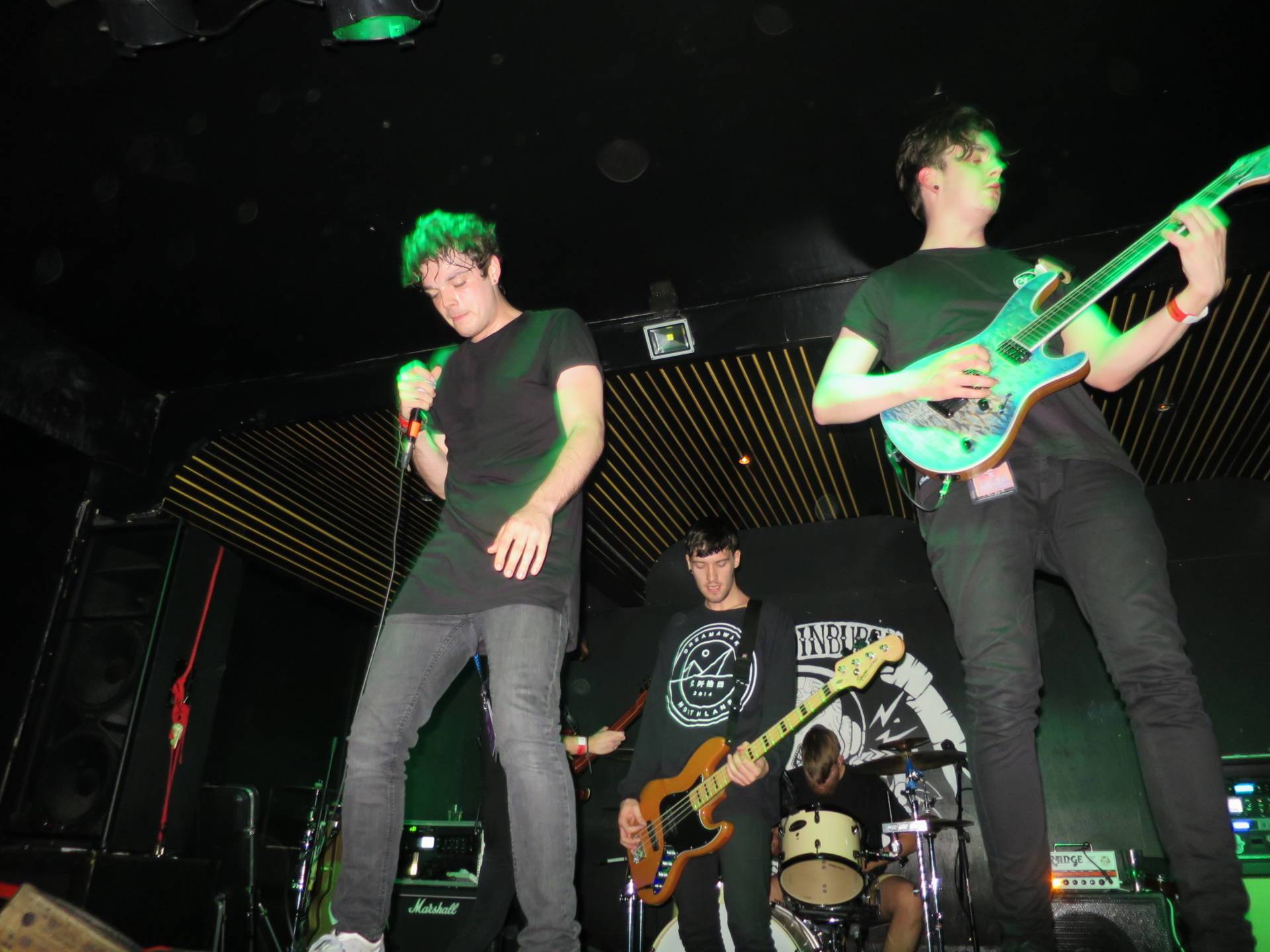 A one and a half hour bus ride took me to the small venue, the Opium in Edinburgh. This night was the first in a long time I had to have a “discussion” at the door to get in.  Thankfully the guys from Lost Atlanta were near by and smoothed thing over. This put me on edge for the rest of the night.

The first band I will not name as I don’t know the story behind what happened. When I I turned up the stage was empty, the drums were not set up and no one was sound testing. About twenty minutes later a band started to set up, they had been sat to one side of the stage since I arrived but after about ten minutes of setting up and sound checking, they just packed their gear up and left.  This was looking like it was going to be one of those gigs where everything was going to be disaster.

The first band to actually play were a female fronted metalcore band called As I Was Hunted. For a metalcore band they started off lightly and then built up to be a heavy spectrum as their set progressed. It was great to see a female fronted metalcore band especially with a singer that wasn’t dressed in some sort of revealing attire. Instead, Zoe Baines showcased her talent and delivered some superb vocals. Tonight they were still restructuring into a four-piece as one member decided to leave recently for University. There was some cobwebs in their performance but it was a decent performance, given a few more shows they will be up to par in no time. They did suffer from S.I.T.M. (stand in the middle) syndrome which frustrated me when there is a stage for you to performer on and their music deserved better crowd interaction

Solitude hit the stage next and brought a lot of energy. They had a Stunning drum and bass combo despite their sound being almost melodic at times.  If you want to know what these guy are about listen to there song “Betrayal“.  They scream and sing, but for my taste relied on the scream too much. I have seen lots of bands like this over the last 14 years and they are good at what they do, they just don’t do anything new to stand out.

Tonight I saw Lost Atlanta in full post-hardcore killer mode. These guys went for it tonight and tore the place up. They do scream but don’t rely on this as their strength. Most of their songs are sung and filled with energy that cannot be ignored. They are a good mix  between Bring Me The Horizon with a twist of the energy of A Day To Remember have. They have killer hooks and great infectious melodies that mean you will be humming their songs for days. This is the first band since Altered Sky that I have let my feet leave the floor  for as I jumped around to all of their set. An achievement for Lost Atlanta seeing as I hadn’t listened to them or seen them play before. You need to see these guys live. No seriously, their energy is off the charts!

To finish the show Breathe in The Silence took to the stage, five guys from Merthyr who turned up to show us how to have a good time. They call themselves valleycore but, I would call them straight up metalcore. They bring a sound that you can’t help but head bang to (my neck is still hurting now!). They want every single person at the gig to have a good time and we did. They jump off stage to join us in the crowd and they even brought a fan on stage to sing with them at the end. This is where my passion for live music comes from. A band playing for the crowd, making sure they all enjoyed the night.