It was a huge party, with flashbacks for the older fans, and amazing stories to tell for the newest ones.
The stage presence and performance of the band was more than one would have ever imagined. Travis Barker is a phenomenal drummer, his energy is felt throughout each drum hit and the chemistry between Mark Hoppus and Matt Skiba makes the trio so entertaining to watch. 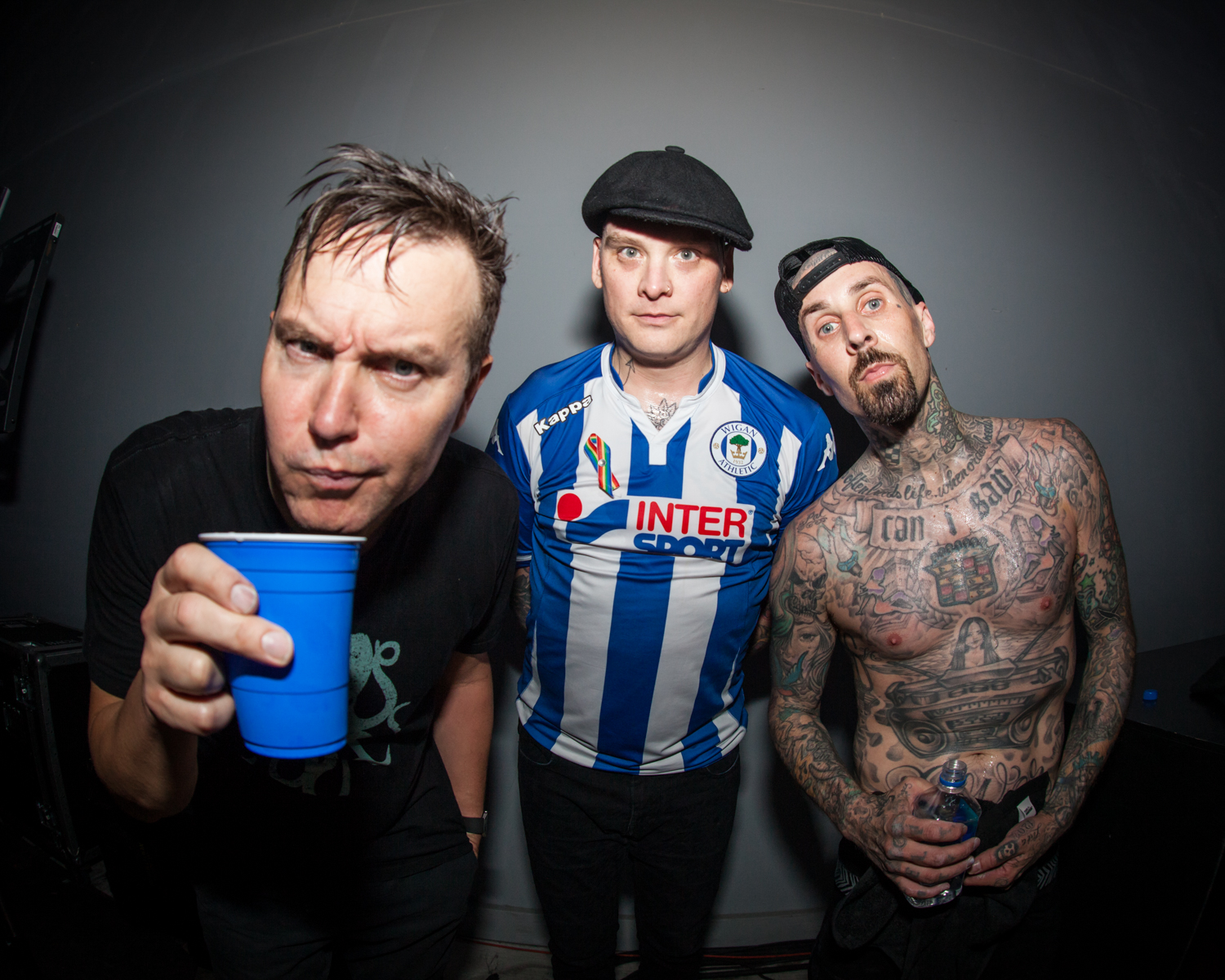 Throughout the years Blink-182 fans can truly say they’ve been through quite the whirlwind. The San Diego native band has had their ups and downs, but the love they receive from fans has only grown with time. From the fans that have been there since day 1, to the fans who discovered them after their ‘Enema of the State’ album and have been hooked ever since. There are fans who are discovering them through new bands who have been influenced by Blink-182, gaining new fans each day. Flash forward to July 1st, 2016, tour dates are set and the bands album ‘California’ has been released.

I attended their October 1st show at The Forum in Inglewood. It is a small venue no matter where one sits; the pit, floor, upper or lower level, the view is great. It fits a decent amount of fans, but is still small enough to contain an atmosphere of intimacy between crowd and performer.

As I made my way to my seat DJ Spider was finishing his set, announcing that All Time Low would be next. Young kids (that were the age I was when I first heard of Blink-182) were in attendance with their parents or older siblings. Almost every person was in some sort of band merchandise from the opening acts, A Day To Remember to the legends we know as Nirvana. The energy of the crowd left a slight buzz, counting down the minutes until the lights went down.

As All Time Low hit the stage fans stood up to sing their lungs out to their hit ‘Lost In Stereo’. Alex Gaskarth shared how they as a band used to dream of going on tour with Blink-182.
“Now today is our last day of the tour and it’s been incredible.”
The crowd was energized as they played a few tracks from their “Future Hearts” album as well as classics such as “Six Feet Under the Stars.” At the same time their stage setup was being broken down, they closed their set with their timeless single, “Dear Maria.”

A Day To Remember was next with energy at an all-time high. Opening their set with “The Downfall of Us All” as huge balloons were thrown into the crowd and mosh pits were formed. The whole arena was pumped, jumping in sync, singing along with lead singer Jeremy McKinnon. With LED screens displaying the band’s name behind them, at times Jeremy would sing towards a camera that would then show him on screen. Playing songs, “All I Want” and “I’m Made of Wax Larry, What Are You Made Of?”, they then slowed it down to play one of my personal favorites, “If it Means A Lot To You.”

Then it was the moment we had all been waiting for. We watched the stage crew in anticipation as they set up, then the lights went down and it all began. Blink-182 opened with “Feeling This” as Mark Hoppus jumped around the stage to his microphone, the huge LED screen behind them displaying the word ‘Fu*k’ in fire orange lettering.

The band played their classics from “First Date”, “Dysentery Gary“ and “The Rock Show”, to new tracks “California” and “Kings of the Weekend.” The production during the show was amazing. Huge speakers were displayed during “First Date” moving as if the bass was coming through them. Different scenes of the city of LA were displayed during “Los Angeles”, and blow up dolls were thrown over the pit during “Dumpweed”.

It was a huge party, with flashbacks for the older fans, and amazing stories to tell for the newest ones.
The stage presence and performance of the band was more than one would have ever imagined. Travis Barker is a phenomenal drummer, his energy is felt throughout each drum hit and the chemistry between Mark Hoppus and Matt Skiba makes the trio so entertaining to watch.

Although many may say that things won’t ever be the same, being open to a bit of change isn’t a bad thing. The changes will come, just continue with the flow, because the things that won’t change are the songs and the memories.