Beartooth have come a long way in a short time. Straight off the heels of their 2014 album, ‘Disgusting’, the quintet return with a new album and a new tour, this is ‘Aggressive’.  Beartooth return to the UK, bringing their unique blend of metalcore, hardcore, pop punk and everything in between. This time, they’ve taken Trash Boat […] 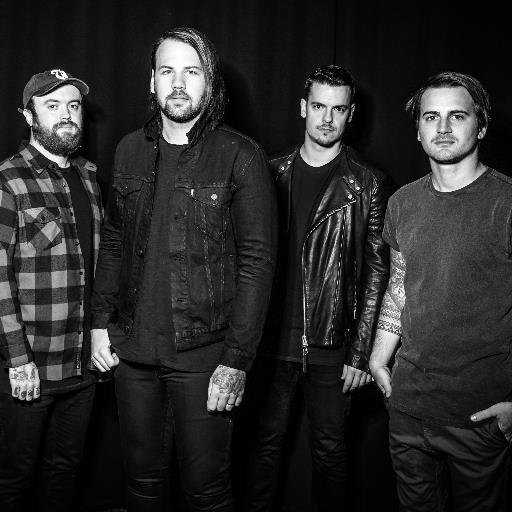 Beartooth have come a long way in a short time. Straight off the heels of their 2014 album, ‘Disgusting’, the quintet return with a new album and a new tour, this is ‘Aggressive’.  Beartooth return to the UK, bringing their unique blend of metalcore, hardcore, pop punk and everything in between.

This time, they’ve taken Trash Boat and Vanna along for the ride. Beartooth have a reputation for putting on a great live show and this line up definitely did not disappoint.

You might think that Trash Boat seems like an odd choice to support a metalcore show, however, they offered a bit of variety and the live songs sounded heavier than their recorded counterparts. They sounded very tight live and had the crowd moshing from the start. Tobi’s vocals shone through the mix, complimented by the Ritz sound system. James Grayson span around the stage with his pink bass and fans sang along as they smashed though hits like ‘Perspective’ and ‘Eleven’. They’ve definitely come a long way since I saw them last, the future looks bright for this band. 7/10

After the excitement of Trash Boat, it was Vanna’s turn to rock the house. Vanna isn’t the kind of band I would usually listen to but they entered the stage with thunderous power and blew me away. Mixing heavy riffs and catchy hooks, the quintet commanded the stage with a presence usually reserved for the headline act. Stand out moments included the song ‘Flower’ which had me singing along to the chorus by the end despite having never heard the song before. Metalcore can sometimes be a little stale, making it hard to stand out from the crowd. But Vanna are a living example of how creativity and raw passion can make you stand out from the crowd in all the right ways. 8/10

Opening with Burnout, ‘Beartooth’ stormed onto the stage with furious riffs and ferocious screams. Caleb Shomo’s vocals shone through the mix and the crowd swelled towards the stage. Plunging into ‘Aggressive’, ‘Beaten In Lips’, ‘Fair Weather Friend’ and more, I was struck by this band’s talent to write flawless choruses. The combination of aggressive verses and ridiculously catchy, melodic choruses really sets Beartooth apart from other bands in their scene. This was the first time seeing Beartooth with their new drummer, Connor Denis. Their last drummer, Brandon Mullins, had a very unique minimal set-up so it was strange to see Beartooth use so many cymbals. This change up ultimately paid off with the songs sounding more dynamic then ever and Connor proving his worth with an incredible drum solo. Fan favourites ‘The Lines’ and ‘I Have A Problem’ stirred the crowd into a frenzy, with crowd surfers flying overhead and pits opening up. For Always Dead, Caleb commanded the crowd to open up a circle pit and the crowd obliged with a huge space opening up in the centre of the room. Finishing the main act of their set with the infectious ‘In Between’, Beartooth left the stage with fans chanting for their return.

Beginning their encore with the dissonant and eerie ‘King Of Anything’, Beartooth set the scene leaving the room in silence, before launching into their final song ‘Body Bag’.

I wouldn’t say that I’d usually be a fan of metalcore or hardcore music, but Beartooth really stand amongst the crowd as a band which knows how to write catchy hooks without losing their raw, aggressive edge. Catch them while you can because if these guys carry on the way they are I can see them headlining festivals in five years time. 9/10.