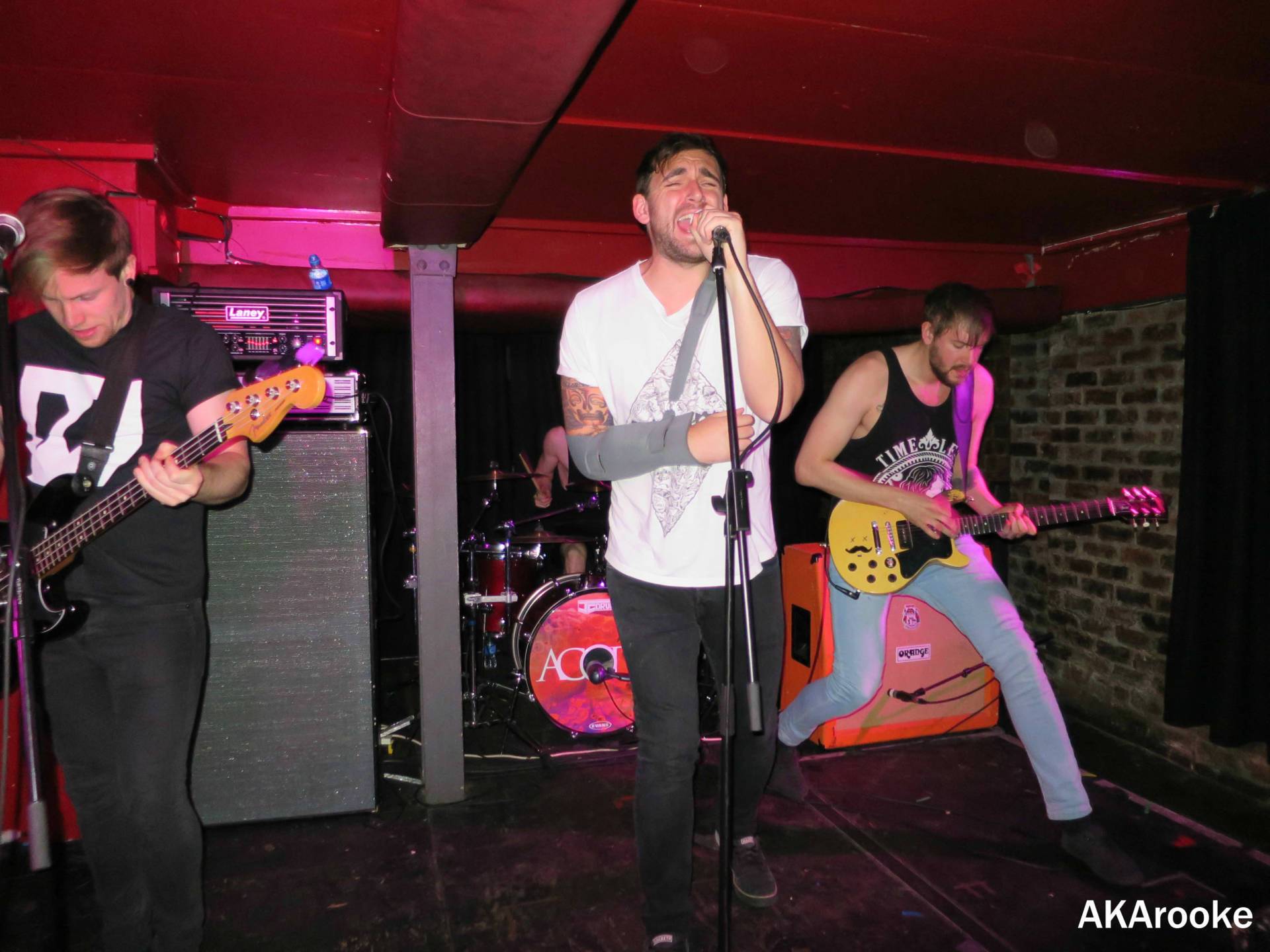 Broadcast
The venue is downstairs about 150-200 capacity. With padded cross braces so you won’t band your head this place has a good feel to it. The sound was really good even if the sound desk is really hidden way at the back by the bar. If you want the best place to stand it’s at the front. Bar in the music venues is woefully lacking in choices so I ended heading to the upstairs bar. £3:20 a pint of Fosters. Toilets upstairs also so a trek and they are not the best. Graffiti everywhere, one working tap. Even a hole in the wall to out side with a note saying escape to sleazy the bar next door.

Donnie Willow
What the duck was that’s is the best I can do to describe there sound. It was weird. Not good weird or bad weird. Just weird. They were good guitar rifts and drums at times. This must be a sub genres I have not heard. Not my cup og tea. Somewhere between indie and metal. The rest of the crowd really like it. Check them out just to hear the heavy breathing intro (it was good to see a band experiment just this was not for me).

Bear Arms
4 peace rock band. Oh sweet sweet rock, was really good to hear them after Donnie Willow. Some lovely toe tapping sound with guitar to back it up. Not afraid not to throw a screamer sound in there from there guitarist in one or two songs. Real worth seeing live

Attention Thieves
Rock fused with killer beats. These guys want to make you sweat and jump and have a s__t hot f_____g awesome time. They jump in your face and make you take notices. The fact that there singer had his arm in a sling didn’t stop them from performing, this showed his dedication to his fans and his love of performing. Was even able to see him in genuine pain with his face twisted and griping his shirt trying not to scream in agony.

ACODA
Play rock on the side of organised chaos. Mixing toe thumbing head banging tunes with a senses of urgency. Tonight they ran into the crowd and jumped to there s__t with us. Truly a band that love the crowd, even had a mosh with one of the guitarist during there set.