Atlas Will Atone are a post-hardcore outfit from Caernarfon, North Wales. Last month, the quintet released their debut self-titled EP. We reviewed it and here is what we thought… 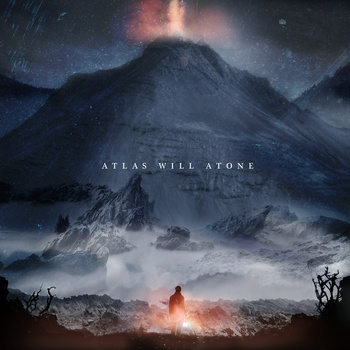 Atlas Will Atone are a post-hardcore outfit from Caernarfon, North Wales. Last month, the quintet released their debut self-titled EP. The EP was recorded with Russ Hayes from Orange Studios and Mixed and Mastered from Oz Craggs so it was obvious this EP was going to be slick before I’d even listened to it.
The self-titled EP is the first full EP the band has released since forming in 2013 meaning that on a release front the band have been quiet. Hwever, Atlas Will Atone have continued to make a name for themselves with relentless touring and putting in countless hours of rehearsing to hone their craft to create an EP that they deem their best work.

All things considered I was extremely excited to give this EP a spin in the AltCorner office and I was not disappointed. The EP begins with ‘Blind Ambition’ which is a punchy introduction filled with thrills and spills. The first 30 seconds of an EP is most often the important part for me,mainly because it’s the time where you subconsciously find out if you’re going to dig the sound the artist is going for. Luckily, I totally dig the start and the rest of the song evolves into a perfectly crafted slice of post-hardcore. The riff work from Ben Jones and Aled Hughes provide for serious air-guitar moments throughout this song which is magnified by Rhys Evans’ drumming. The whole song is a perfect opener for a great EP.

Secondly, comes ‘Alive Again’ which vocalist, Sion Foulkes showcases his vocal range and lyricism in a tight knit track that is emphasized by some mesmerizing drumming.

‘Hollow’ is a progressive-throttled track that certainly packs a punch, its introduction is reminiscent of System of A Down Toxicity-era but it’s the transformations that occur throughout this track that make this one of the pleasing tracks on the EP. With the ending being one of the most enchantingly brutal things I’ve ever heard in a long, long time.

‘Deadweight’ is a fireball of metalcore-enfused energy that demonstrates the heavier side of Atlas Will Atone. Whilst this track loses their genre-blending aesthetic, it’s brutality more than makes up for it. Although I am glad that ‘Deadweight’ is the only song like this on this EP.

‘Drift’ is a prologue for the last track upon the EP, a short but sweet instrumental introduction that serves the perfect pre-tense to the EP’s standout track, ‘Midnight Oil’.

‘Midnight Oil’ is a six-minute long epic that shows Atlas Will Atone at their very, very best. A song that’s a combination of everything that is great about them which in turn makes for the journey of the song to be a complete rollercoaster and ‘Midnight Oil’ earns the acclaim of the standout track of the EP.

The EP itself is reminiscent of Alexisonfire but it has the diversity of bands such as Dillinger Escape Plan and Dance Gavin Dance which culminate to create something extremely special.