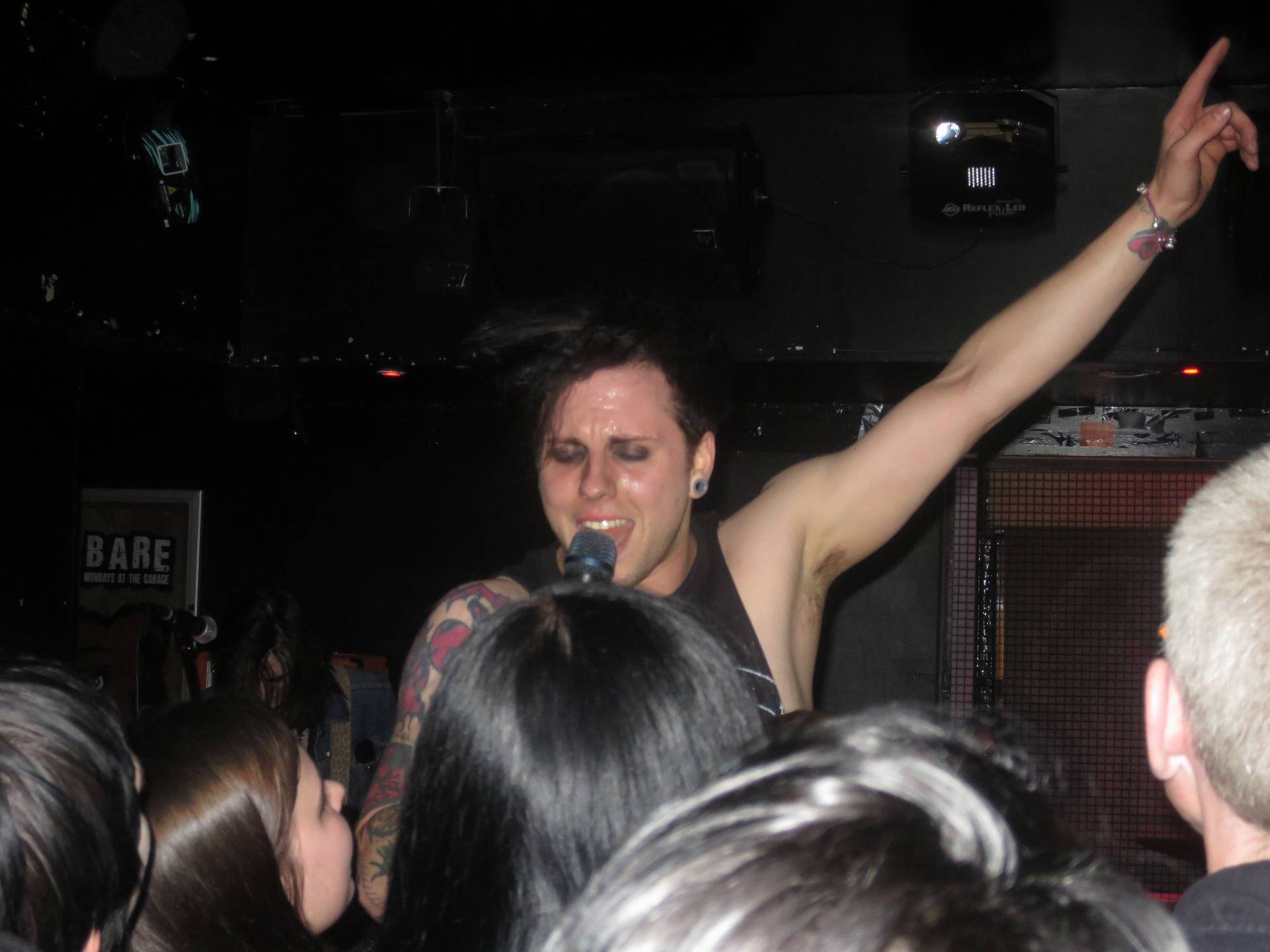 Heading to one of the venues I visited the most during 2015, The Garage Attic, I had suddenly realised that I hadn’t been here yet in 2016. Walking up the familiar claustrophobic stairs that lead to the venue always brings a sense of intrigue, even more so with the fresh coat of white paint placed to remove the gloom and the familiar dusty/beer smell.

Starting the night off were I Said Good Day.  They are a nice and loud band with some great breakdowns and a few nice guitar hooks. When they play what they called their heavier stuff the singers vocals lost its impact as he was simply trying too hard to scream and at times ends up delivering the lyrics as spoken word rather than singing. A lot of focus before songs was to explain the meaning, when really they should of used this time to let their music do the talking.  Their songs had great energy and with a different crowd they could have had people dancing. They seem to be having fun but, I was hoping for more than just fun.
(6/10)

Up next were the rock quartet Beautiful Expectations.  They had a great rock sound and there was something about the guitars that had me enticed but, I can’t put my finger on what. They did a nice cover of ‘Black and Gold‘ which really showcased their talents. However in true rock and roll fashion the guitarist got a nose bleed and left the stage, meanwhile her band mates tried to fill the time with joke telling but, they could see that the crowd was getting bored and played a song without her. This had them rattled and they started to miss notes. The nose bleed seemed to cut their set short, and with the guitarist rejoining them for the last song they did their best to recover. I’d be really keen to see these again just minus the unfortunate mishap.
(6/10)

On next was the main tour support Saint(The)Sinner. They are what I would call an old school clean and dirty dual vocal band.  Their songs are more of an attack than a story and I loved the way the drums seem to be issuing a challenge like: “Come on then, let’s be having you.” I preferred the dirty vocal to the clean as it seems a little too fixed and a bit forced. They made great use of the space jumping at and up on the barrier. They had great energy and were jumping around their whole set but, the crowd was not really into it meaning the band had to keep up the “jump with us” shouts a lot longer than they should have. But, Glasgow loves a band that try and they really did try, they got a large part of the crowd waving and clapping along in the end.
(7/10)

It was obvious who the crowd had come to see that night, it was of course Ashestoangels. They kicked off with ‘Six Six Six‘ and from that point on the crowd was one mass all singing and dancing. The energy they showed was off the wall and was threatening to burst though the walls of the venue and onto the streets. Crilly spent almost the whole time on the barrier, hugging, giving high fives and passing the mic around the crowd.  They have this punkish spirit to their performance and have a drum beat that just seems to match your heart beat. Since seeing them last time they have added synth to their live performance, removing some of the backing track and this gives them a real edge and fresh sound that I can’t and don’t want to get out of my head. There was something I noticed about half way through their set, that at no point did I feel like I was an outsider looking in at a ‘Horror Cult‘ or click, Ashestoangels in their set, whether by design or by luck included everyone in the crowd, with Crilly seeming to have the ability to make eye contact with everyone in the crowd at once, making you feel for forty five minutes that you belong there.
(9/10)