Area 11 San Tour In Glasgow. With Support from Yeah Detroit

Area 11 are a perfect fusion of J rock with western rock. The electric rock feel to their songs gives you a fun, happy feel and it shows on stage as they really know how to have fun. It felt that like they were just jamming in the garage and you (and 150 others) were just watching them have a mess around. 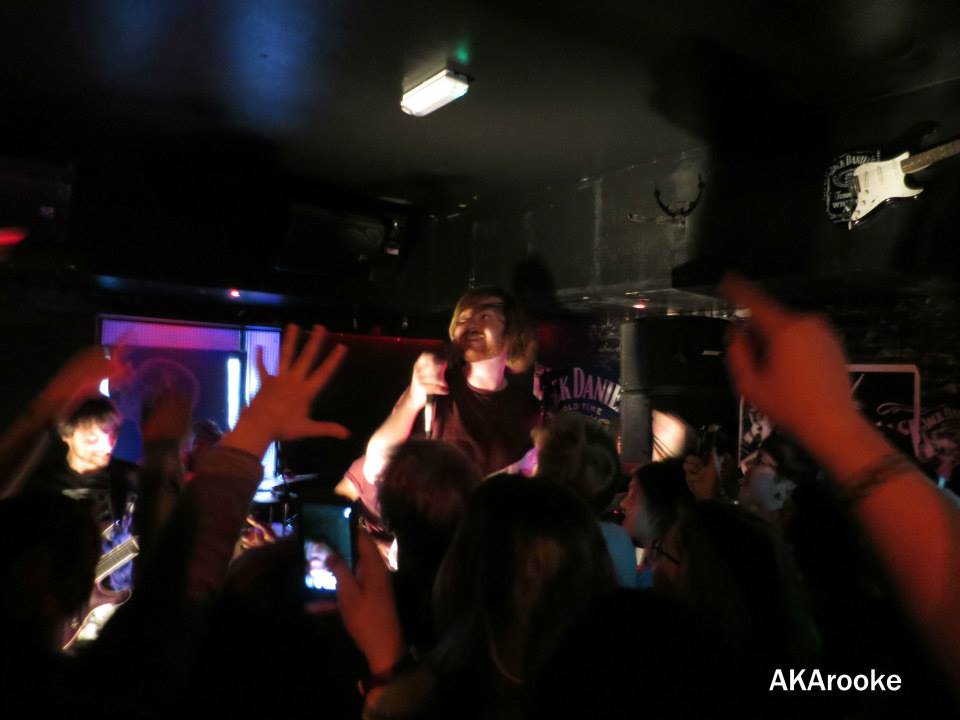 For once I went to a gig with some friends as opposed to a lone wolf venture. They had never seen Area 11 live and most of them had never been to Glasgow for a gig. We headed over to The Garage Attic, when we got there even though I knew the entrance is around the back on the side of the G2, I was out voted and we joined the queue at the main entrance (bad  idea!).  Because of this, ten minutes after doors opened the promoter came around the front and told the queue that the entrance was around the back.  This led to a mad rush for the door with “fangirls” pushing even knocking some people down to get to the door (yes some of them had been waiting hours but try to be a decent human being eh?). The way up to the Garage Attic is through a narrow stairwell…not for those with claustrophobia. The venue itself had a good sound but is an ‘L’ shape, so some fans were left stood around the corner at this sold out gig.

Yeah Detroit, are a hard-hitting rock band with a slice of pop punk. They give me that feeling of wanting to be hardcore but still keeping to a feel good pop punk vibe. All their songs are stories about what has gone on in there lives and talk about a lot of experiences in my past that thankfully I have moved on from. Their songs are really relatable and they had the crowd eating out of their hand by the end of their set. The singer’s voice reminds me a lot of the singer from Out With The Old.

Area 11 are a perfect fusion of J rock with western rock. The electric rock feel to their songs gives you a fun, happy feeling and it shows on stage as they really know how to have fun. It felt that like they were just jamming in the garage and you (and 150 others) were just watching them have a mess around. This notion was reinforced with the way they interacted with the crowd. The guitar in Homunculus is just to die for! It had me standing in the crowd shutting my eyes so I could take it all in! Sparkles vocals in Cassandra (part II) is something that can just melt your mind or build you up and make you feel ready to face the world. When they played Overide and the chorus kicks in you can’t help but shout/scream “ARE YOU WILLING TO DIE”. All in all, Area 11 were brilliant.