Against The Current Live at King Tuts, Glasgow

Gareth saw Herculean and Against The Current at the King Tuts in Glasgow. Here is his review… 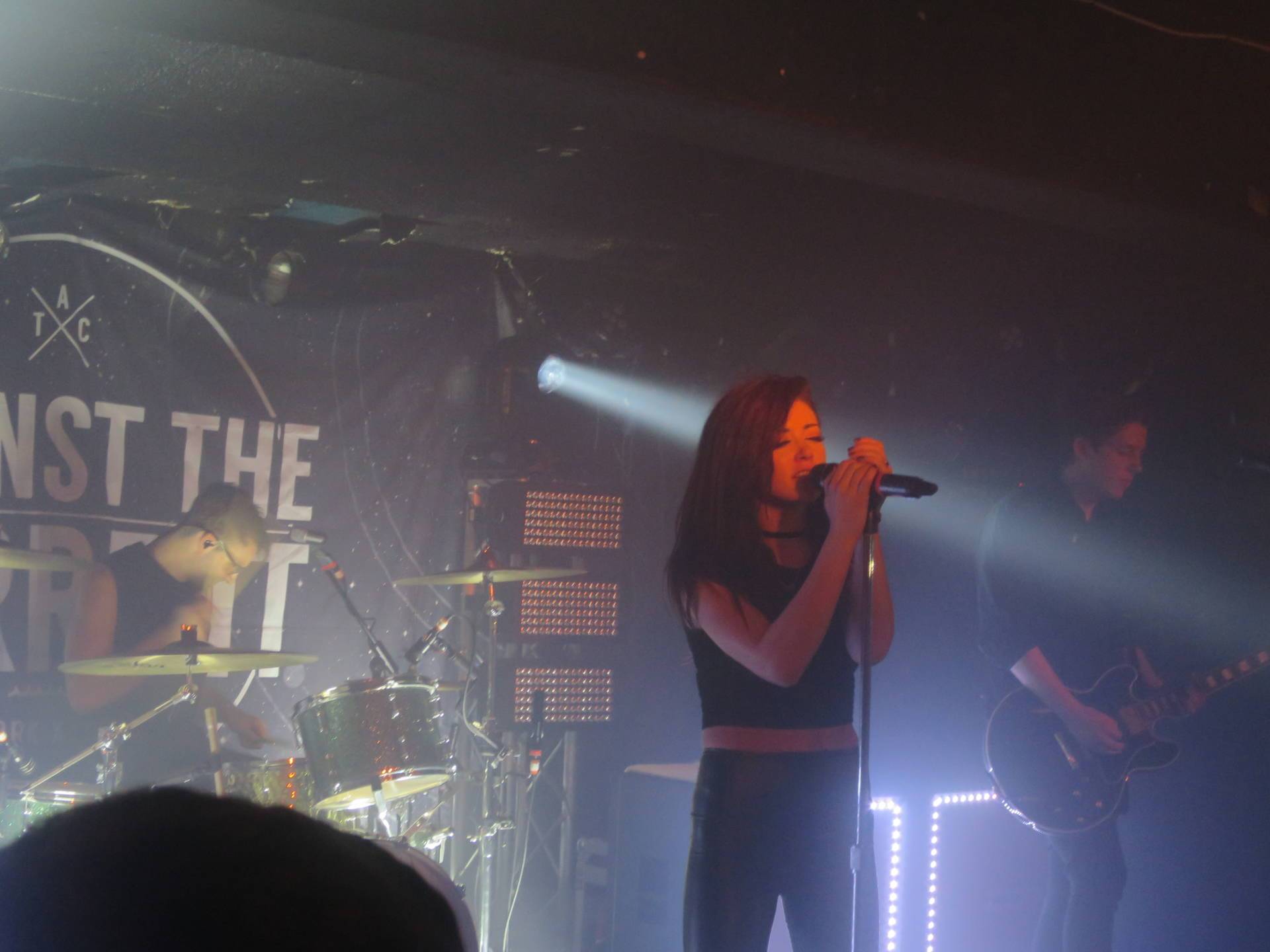 For tonight’s gig it took me to what is probably my favourite venue in Glasgow, the King Tuts. I have been here for sold out shows before but, never has it seemed so packed as it did tonight…there was literally no room to move. As with all sold out shows at King Tuts that is 14+; fans under 18 have to queue outside the venue, meaning fans like myself can just walk in and be right at the front. Something I think is unfair for those that have been there since 3pm.

Herculean opened tonight and provided a electro pop/ soft rock sound. Their singer had a soothing voice which suited their sound. With the use of a keyboard, synth and guitars their sound was impressive. They (when needed) could provide a heavier rock sound, something I enjoyed. When things went wrong as they do from time to time at a live show their banter was top notch and even better than most Scottish bands. They gave it their all in their last song, probably shaking off any nerves they had and left the crowd who didn’t know them thinking, “Yeah, they were good I need to check them out.”

Headlining tonight were pop rockers Against The Current. They took to the stage and received a fierce roar from the crowd and jumped straight into it. Chrissy wore cat ears (a gift from a fan at the meet and greet) and held nothing back demonstrating her true energy on stage. However this was not shown in the crowd. The crowd was very static and it was very much like a pop concert . The real fans shone through and were singing and having a good time, though. This however changed as soon as they kicked into ‘Gravity‘ with Chrissy asking everyone to jump and getting the crowd involved in the the gig experience. The band got the response they wanted from the crowd and showed what live shows live or die on…people having fun! Going into this gig I knew it was going to be poppy but, I wasn’t really prepared for how poppy. I Like Against the Current they are on my Spotify playlist but, they seemed more poppy than rock live. This could have been due to the crowd and their lack of interactions at the start of their set (or the fact the the gig I went to two days before were a heavy progressive band). However, they provided a bass line that is toe tapping which had the crowd clapping along. The guitar had great hooks and kept me smiling all set long. With Chrissy’s almost dirty pop vocals which switched between sweet sugar to bilious venom, she is truly one of the best young vocalist out there at the moment and the energy on stage she provides makes it a real performance not just a show. Before playing their new track ‘Outsiders’ Chrissy introduced the song with a story about how the cards will be stacked against you at some stage in your life and said “wow these are the standards that are set up for me to fail”. She when on to say how  she wanted to “set up my own rules, set up my own path and do what I want”…great advice for many people. When they launched into ‘Outsiders’ I found myself concentrating on the lyrics and realizing how much this related to parts of my life with lines like “How come they got it figured out? We are lost and waiting to be found” and “Inside they talk about all there plans, It must be nice to have someone light your path” this has now become my favourite Against the Current song following this performance.  With them leaving the stage, the were called back in typical Glasgow fashion with shouts of “Here we, here we, Here we fucking go!” And with their return on stage, Chrissy joined in.