A Mouth Full Of Matches, Dead XIII, City Of Ashes, Little Ghost and Tirade in Manchester

Hey! Gareth Here! For this gig, I took the long trip to Manchester from Glasgow, to see five amazing bands at The Factory 251… 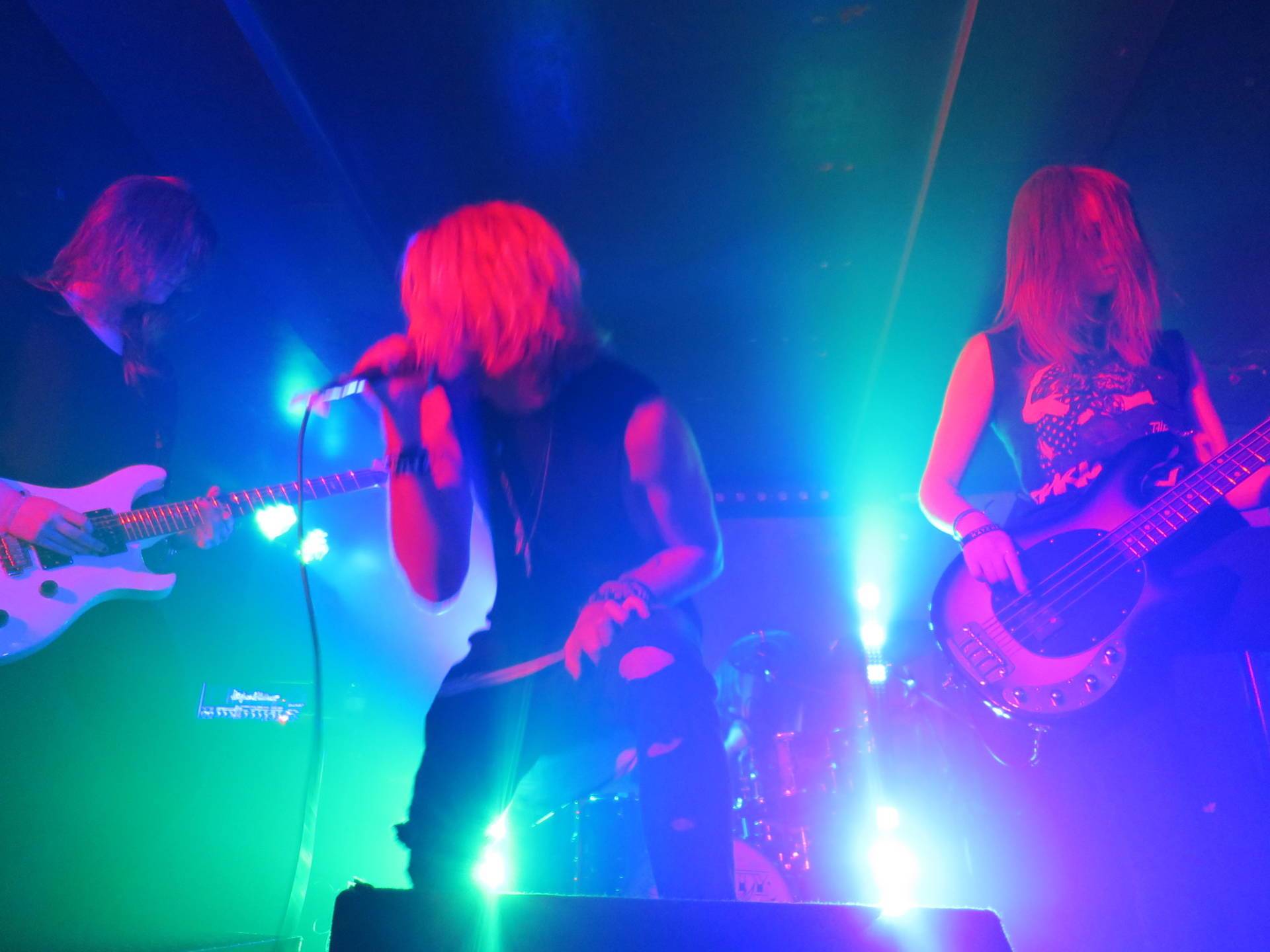 For this gig, I took the long trip to Manchester from Glasgow, to see five amazing bands at The Factory 251 (where I seem to go every time I head to Manchester).

Tirade took to the stage and provided a rock sound with a pop punk sensibility. The vocals were powerful but, without it dominating their sound. They launched into some heavy guitar riffs and it gave them real grit. The drums were a little quiet for me, but that could be just the venue. They played  ‘Snake & Social Ladders‘ and they came through with a toe tapping beat which left me more than satisfied. They finishd with ‘91‘ which is best embraced whilst jumping around with the band in a true pop punk style.

Little Ghost hit the stage and opened their set with ‘Tiny Little Flicker‘. Not only did they hit me with the head banging drum beat but, the guitar hooks got into my skin and kept me entranced for their whole set. With the vocalist’s soulful voice combined with a dare I say, britpop feel I was hanging on every word coming from his mouth. The guitar play in ‘Carpe Diem Yourself‘ is one that most bands could only dream of. They had me salivating for more of that guitar. On a side note, I don’t think I have ever seen a drummer that happy on stage before…rock on!

When City Of Ashes took to the sage they gave me pure full on rock with some great rifts. But I was unsure about them until they launched into the song ‘Recovery‘. After that they had me with the hook, line and sinker. They provide an electric energy on stage that is no more present than with their singer who doesn’t stay still for one second. He interacted with the crowd with high fives and even hold on fans hands during there set. I was a little thrown by their third guitarist going on and off stage for songs.

Up next were a band I had be anticipating seeing for a long time; the New Grave outfit Dead XII… and, holy rusty metal batman! I was not prepared for that. This is new grave at its best, think kiss mixed with Metallica and you may be close, but still nowhere near. You can hear in their sound a clear Motionless In White influence. When they opened their set it was clear it was going to be one hell of a performance; with the fury of guitar rifts, loin raw of a vocal and a heavy drum beat that is still stuck in my head even now (don’t think will go away). They are a polarising band, you will either love them or hate them but, for me I love them. With the haunting synth sound present in their music, if you’re looking for something refreshing you will be loving this. On a side note I got to the venue about an hour early and Dead XIII were outside talking to the fans except when they were doing their sound check. When doors open they queued with the fans and walked in with them. and throughout the whole night I don’t think there was one point where at least one member of the band wasn’t talking to someone in the crowd…a fantastic sight to see.

A Mouth full of Matches took to the stage and my god do they have electric energy! They came out and I knew this was going to be special. Tom (singer) runs around the small stage making it feel bigger that it actually is. Also the vocal dexterity he shows is akin to what I would expect from Gustav wood (Young Guns) or Rob Daniani (Don Broco). Don’t be fooled by this though, their sound is part of that unique alternative rock sound currently stirring up trouble in Manchester. With the twin’s Helen and Jane (don’t ask me which is which as I can’t tell them apart!) on lead guitar and bass respectively providing a backbone, Mark on rhythm; giving riffs, hooks and very complicated guitar slides followed with the Drum beat courtesy of Laura pounding away at your soul… you can’t but help get caught up in the fun that they want every single person in the crowd to have.  With chants of “One More Song!” they came back and the crowd went wild. Even after this the crowd still wanted more but, the venue had to stop it there. I found out later that although the band has been around for three years this was their first-ever encore. If tonight’s performance is anything to go by these guys and girls are ready to spring board up to the next step and will be playing a lot more encores…