You Can’t Have All Of Me say Reel Big Fish 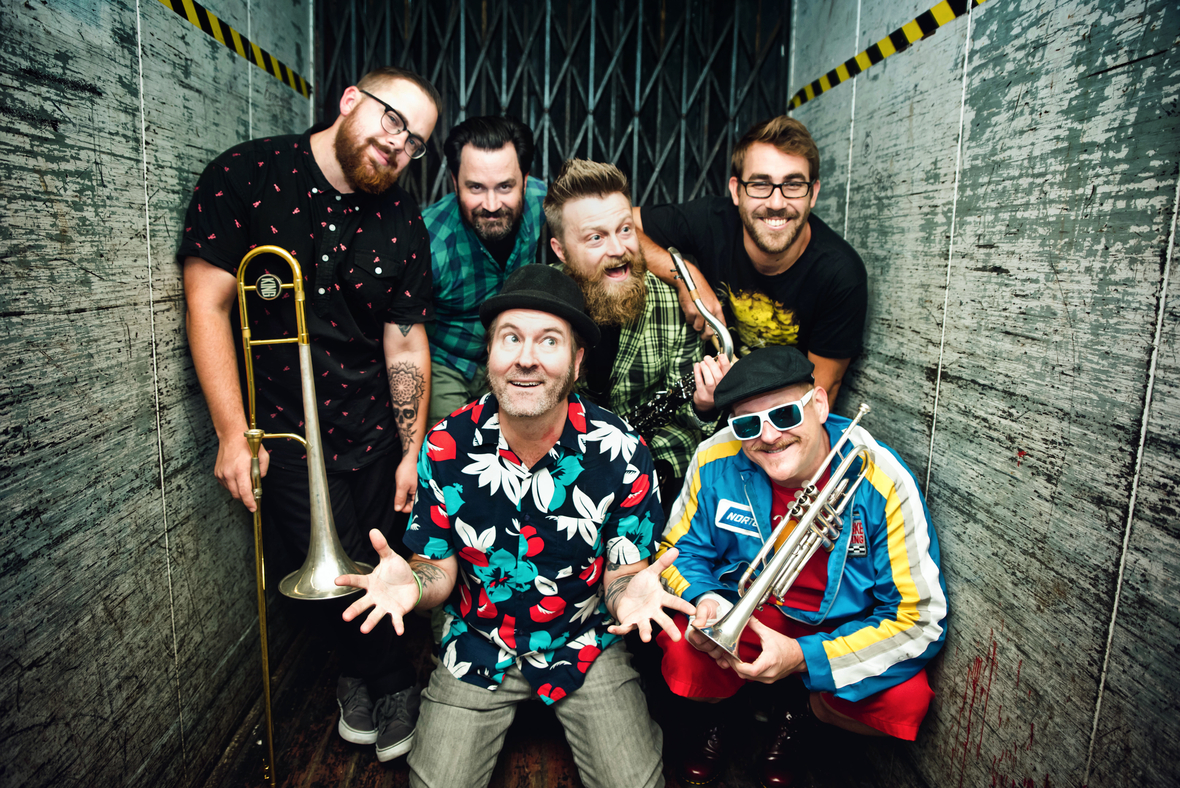 Ska-punk legends Reel Big Fish have surprise released their new single You Can’t Have All Of Me! The track is a high-energy and boisterous tune. The track gives us a hint of what is to come from their forthcoming album Life Sucks…Let’s Dance! (December 21, Rock Ridge Music).

Check out You Can’t Have All Of Me below;

“I have an unhealthy obsession with my dog Walter and I started singing little songs to him about how cute he was. Then I realized I had written some pretty catchy songs. So I changed all the lyrics because I didn’t think anybody would want to hear a rock opera about my dog.

We started recording the album in January 2018 and really took our time with it. Our friend and engineer David Irish just finished building his new studio “Pot of Gold” in Orange, CA, and we loved how everything sounds there, and there’s just really good energy and good vibes there and there’s a really adorable studio kitten named Iggy Fluff there, so we may have accidentally made a positive, happy record instead of a pissed off, hateful record, oops…well, there’s a little pissed off-ness in there and some sarcastic, funny lyrics as usual!

Also, I just got married so there might be a few sappy love songs on the album too! Yuck!

Recording the album with this line up was really fun, we all get along really well these days and everybody was excited to make a new record. Everybody had lots of great ideas and really got creative with everything and I really think it shows.

We didn’t reinvent the wheel…
We just painted more checkers on it!”

He adds on the video; “We just wanted to keep the new video simple, just the band playing in the studio and rocking out…mostly because all of us were out of town after warped tour till the night we left for this current tour so we only had a few hours to shoot a video. Tunnel Light pictures did an awesome job making a quick video and it was easy and a lot of fun.”

Catch Reel Big Fish in the UK and Europe with Less Than Jake on the dates below;