While She Sleeps design t-shirt for open use

While She Sleeps have always been a band for the people. Here they have come up with an artist-orientated t-shirt that explains how today’s music world is. The design will be free to use for anyone. 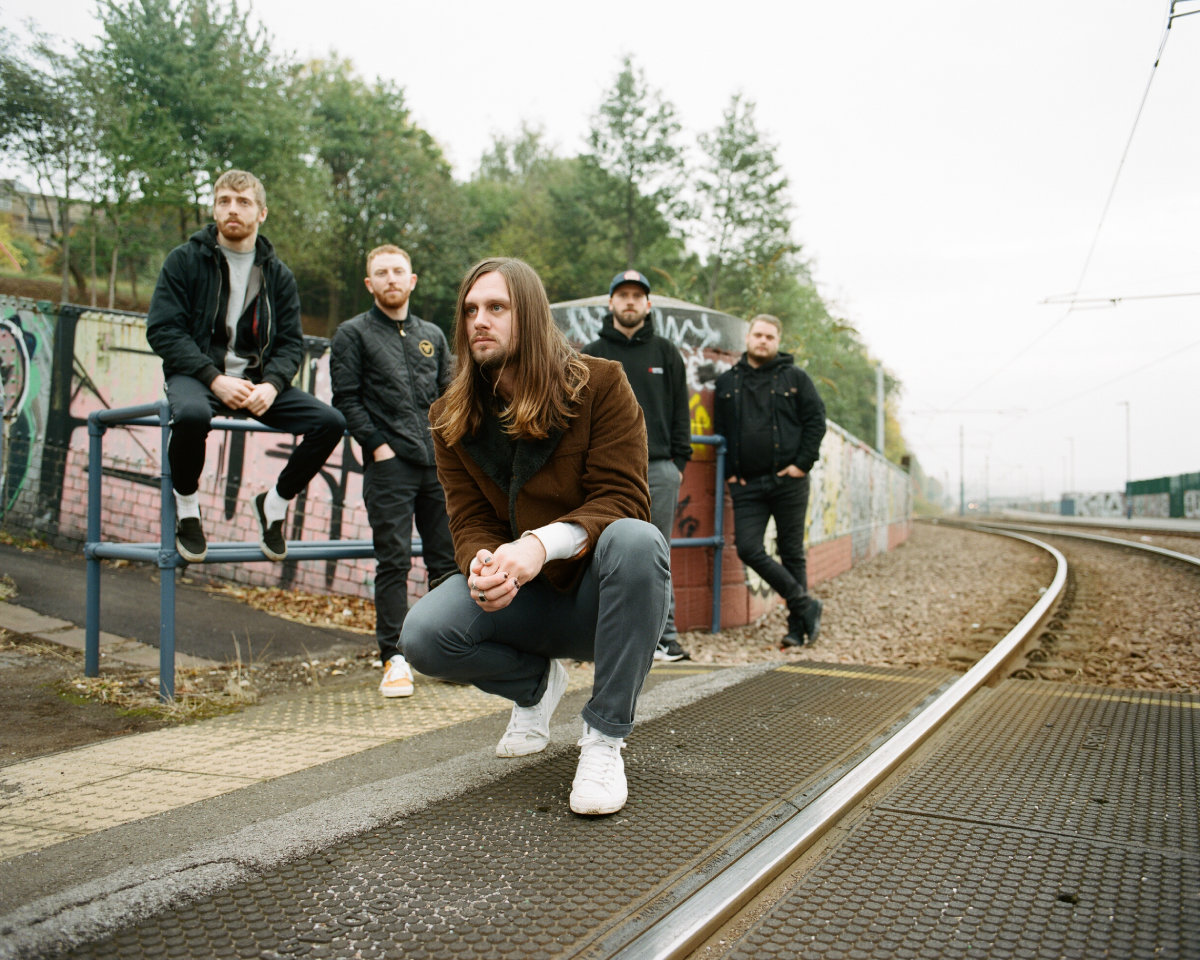 A message from While She Sleeps:

This is about how you can support the music you love.

Not just our band and our music – this is aimed at every working band trying to make music and get it out there. Today, we are launching a free-to-use design to highlight the realities of being a band today.

It doesn’t matter how successful you look from the outside, the music industry is a tough place to survive.

There may be thousands of people listening & coming to shows but that doesn’t mean there are thousands in the bank. There’s also a long line of people with a straw in the glass who are going to make sure they get a drink before it gets to the artist.

There’s a big change from artists who made their mark in the days of people buying records, compared to those gaining success since streaming platforms came into power. There’s nothing negative about the latter – if anything it’s been an incredible thing for our industry & opened the doors for so many artists that probably wouldn’t have ever had a look in.

But that doesn’t mean things haven’t got to change for those artists to survive. We’re not talking about your major label radio pop stars. We are talking about the bands who believe in their message and fight to get it out there & make a positive change. This is your message too.

Dress it up any way – touring and traveling is incredibly expensive. The bigger the band gets, the more you get paid, but the more it costs to keep the machine running. In truth, (and this is from 14 years of experience working as hard as possible to make it sustainable) there haven’t been many times when we’ve sat back and been financially stable. One tour could make a profit, but the next might be tens of thousands in the negative & that’s where a lot of artists get pushed to breaking point or miss the opportunities that come their way.

The majority (76% in fact) of music in 2019 is streamed. Probably by you, definitely by us & there’s nothing bad about that.

But if bands and artists are to survive and win the battle of art vs money, we need to find new income to keep afloat. One stream on Spotify pays approximately 0.00429p to the artist, which means it takes around 5000 streams to make £20.

The same price as a normal band T-Shirt.

We’ve created this to try and shed some light on how much band merch does to support an artist. This isn’t a fashion statement, it’s here to explain in the simplest terms how important it is to support the artists you love and what’s the best way to do it.

This T-shirt isn’t just for our band, it’s for all bands & we want it to become a staple in the positive change needed in the music industry. It’s for your band as much as ours. Here’s the print file – download it, print it and let it help your band too. This message isn’t ours alone, it’s for all of us.

It’s here to show people how much of an impact buying merch has.

Support the music you love.” 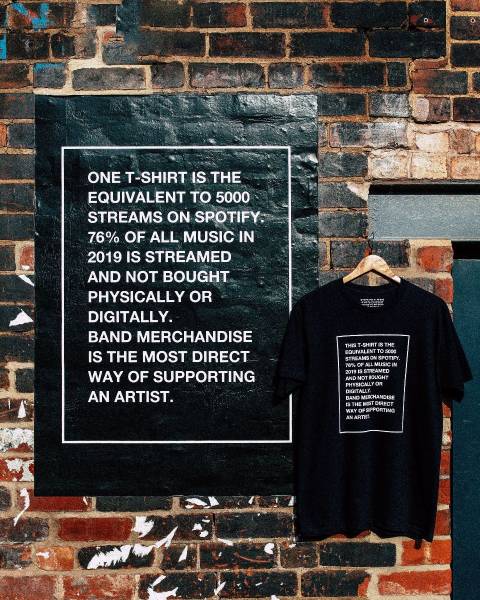