The Pledge Campaign, supported by the bands loyal fanbase smashed the 100% mark in only 6 hours. Currently sitting at 140%, the campaign has completely surpassed Random Hand’s expectations. 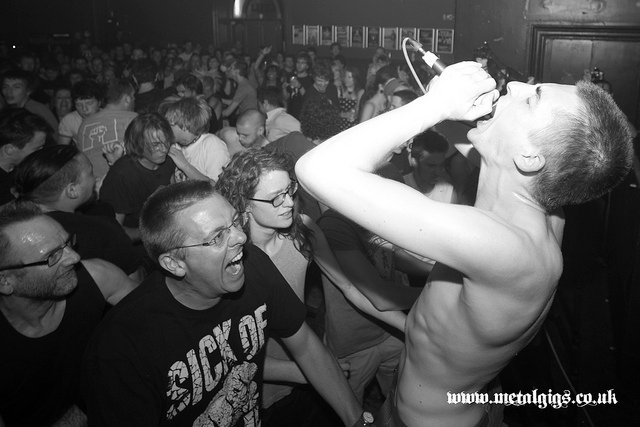 After recently announcing they are to take break from being a band after their Summer touring schedule, Random Hand, from Keighley UK, kicked off a Pledge Campaign yesterday (10/03/15), for their final album.
Random Hand have been a band for 13 years and played almost 1500 shows across the UK, Russia, America and Europe. They have a decorated musical career having been featured regularly on the BBC Radio 1 Punk show, touring and playing festivals all over the World, including two performances at Reading & Leeds Festivals.

The Pledge Campaign, supported by the bands loyal fanbase smashed the 100% mark in only 6 hours. Currently sitting at 140%, the campaign has completely surpassed Random Hand’s expectations.
“You have completely exceeded expectations, thank you. Sincerely, from the bottom of our hearts, seeing you all have such a desire to see this project come to fruition and give RH the send off it deserves, means everything to us.” Says Bassist, Joe Tilston.

The new album, yet to be titled, will be released through Bomber Music on September 14th 2015

The Pledge Campaign is still rumbling on with a vast number of exclusives and bonus gifts available to Pledgers. Get Involved, Here:
http://www.pledgemusic.com/projects/randomhand

STATEMENT FROM THE BAND:

Random Hand has always been about getting on stage and having the best time we can, and sharing that with whoever found joy in that. We never got wrapped up in other peoples achievements, only occasionally tried to bend to be more accessible only to find it wasn’t really what we were about and we always wanted people to see us a friends not rockstars.

We made the decision to go on an indefinite hiatus and leave everyone with the album we’ve been working on for the last two years, which feels like the right thing to do. The last tour wont be to go out and support a new record, it will be to go out with a bang and play everyones favourite songs. The album will be released the day after the last show, which is in London on the 13th September.

The album will represent what we’ve become, it wont be an attempt to write stuff like the first album or the last album. We’ve grown, we’ve changed and so has the sound. But at the heart of it will be Random Hand, and i’m certain our friends and fans will see and appreciate that.

Choosing to run a pledge campaign was the obvious choice once we’d decided to go on hiatus. We want to engage with everyone who has supported us, and pledging offers a platform for that, that people trust. It’s become a model that supports bands in ways that progressive digital methods fail to. Seeing the pledge campaign meet our goal in less than 6 hours was ludicrous, and its still growing. Feeling safe that we can invest in the album without worrying about leaving debt once we stop playing has lifted a huge weight, one I wish we’d been able to indulge on previous albums.