The critically acclaimed multinational art rock group The Red Paintings will next month bring their extensive world tour to the UK as they embark on a ten date trek across the country. 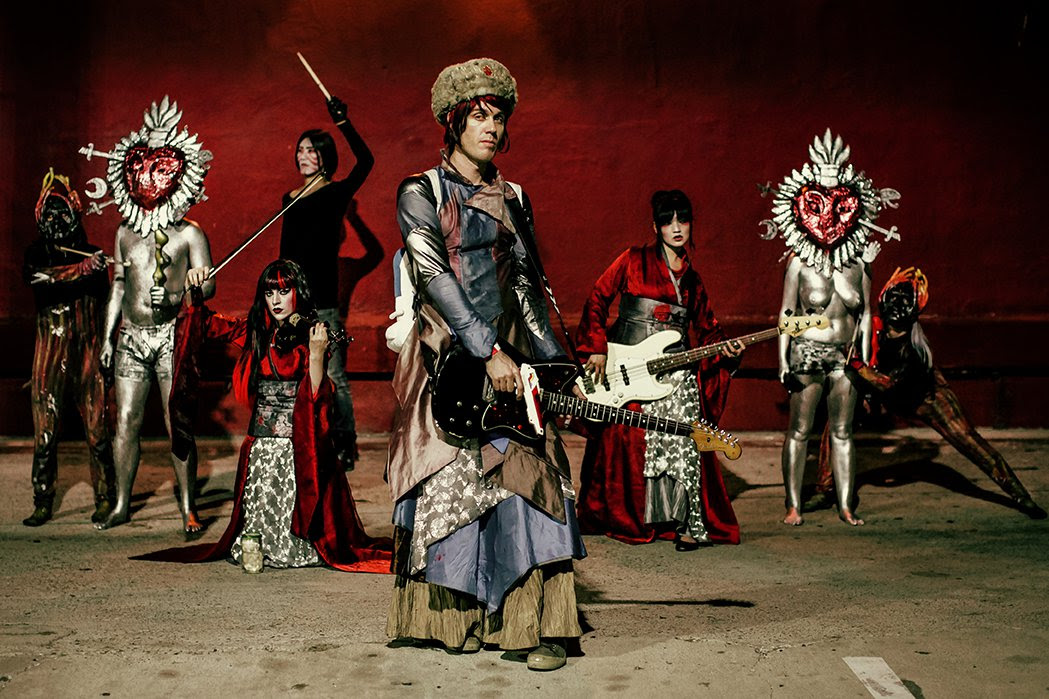 The critically acclaimed multinational art rock group The Red Paintings will next month bring their extensive world tour to the UK as they embark on a ten date trek across the country. Their live shows are being hailed as among the best in the world, and truly one of a kind unique experiences.

Part of a live experience with The Red Paintings is a focus on the visual aspect of the performance, with every tour featuring a different set design and unique costumes among the distinctive elements. Local artists are invited to submit their works to The Red Paintings who will invite certain artists to the shows to paint their works on human canvasses, who are volunteer models who offer to be painted as part of the show. The Red Paintings frontman and creative director Trash McSweeney has a sublime vision that a show should be as visually stimulating as well as just a musical experience.

Be part of The Red Paintings live experience at the following tour dates:

Support on all dates will come from ‘Them & Us’. Tickets for the tour are on sale now and are available here. The Red Paintings November 2015 UK Tour is presented by X-ray Touring. All shows are 14+.

The Red Paintings will also shortly be releasing a very special edition of their critically acclaimed début album ‘The Revolution Is Never Coming’. Limited to just 500 copies worldwide, the 23rd of October will see the release of a two disc coloured vinyl edition of ‘The Revolution Is Never Coming’. One disc will be white while the second will be red. The vinyl edition will be available to pre-order from The Red Paintings online store at http://www.theredpaintings.com/trinc/music-store. Audiophiles will also be able to acquire the vinyl directly from the band on The Red Paintings upcoming tour – if there are any left!

‘The Revolution Is Never Coming’ was 5 years in the making and features a 35-piece orchestra, 22-piece choir and more across 13 tracks of biting, futuristic alternative rock. The album was recorded and mixed with the late Bryan Carlstrom (Alice in Chains, Rob Zombie) in world-class studios around the globe. Typically ahead of the game, The Red Paintings raised donations from their fans to fulfil their creative vision long before the likes of PledgeMusic and IndieGoGo became household names.