The Lion And The Wolf Tour Diary – AltCorner Exclusive

AltCorner online exclusive: We have got the super talented Thomas George of ‘The Lion and The Wolf’ to provide an exclusive account of his tour in the form of a diary, documenting everything he embarked upon on his December tour. 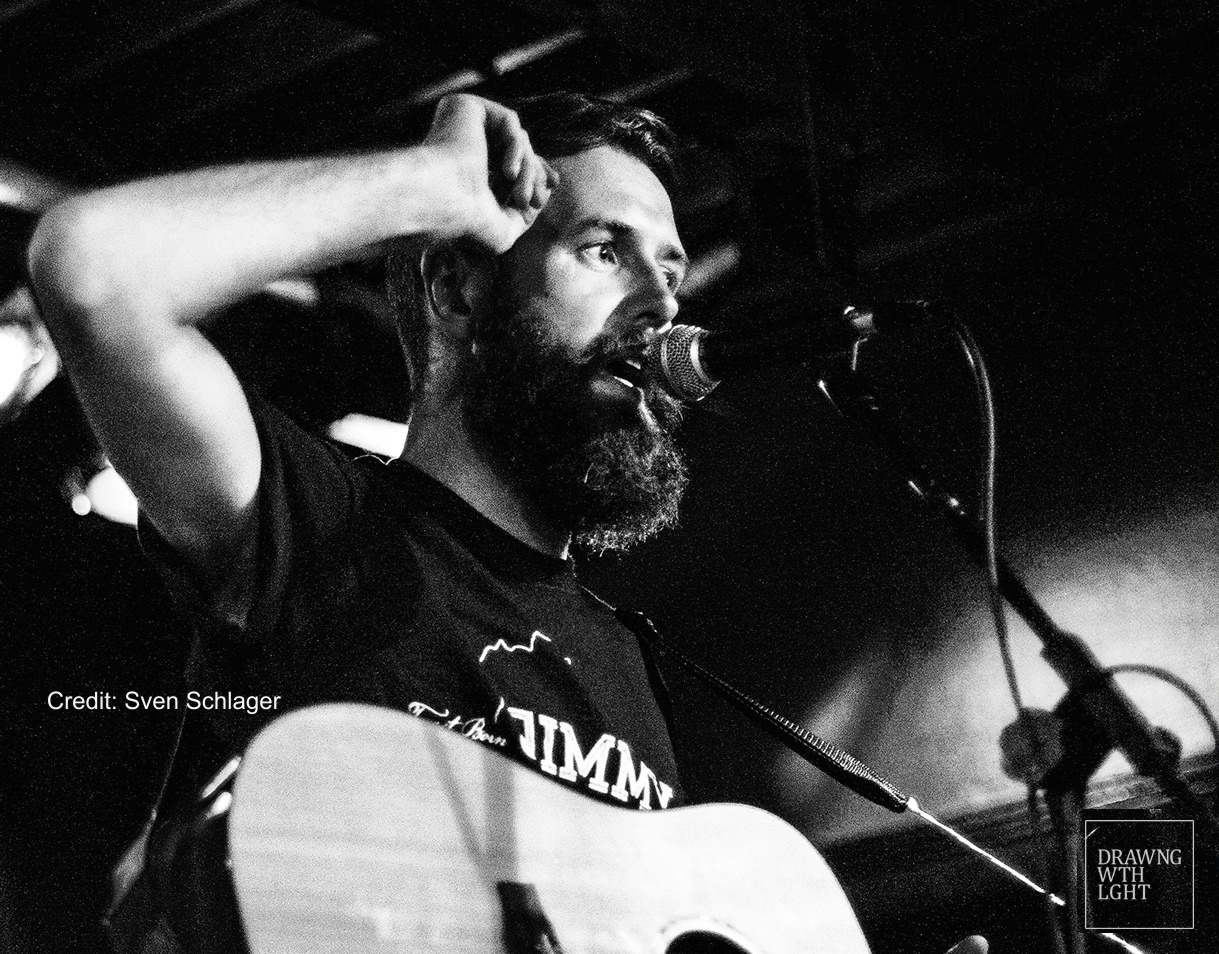 In AltCorner’s first online exclusive, we have got the super talented Thomas George of ‘The Lion and The Wolf’ to provide an exclusive account of his tour in the form of a diary, documenting everything he embarked upon on his December tour.

So 2014 has been a really busy year for me. Having made the decision to quit my job and tour full time in January, I wanted to end the year on a high and play some of my favourite venues across the country in supporting the release of my debut record. I’m currently watching Home Alone on the TV, the fire is on and I’ve been asked to write about my last tour so here goes…

The recent tours I have been on have been fairly long slogs (between 2-4 weeks) so instead of getting burnt out for Christmas I figured just over a week was a nice amount of time to go away, especially with the cold setting in and me not having any decent shoes yet. Still at 29, and no matter how many times my Dad reminds me, I NEVER pick up a pair.

5th December – Ventnor @ Ventnor Exchange – I always get absolutely terrified when I play my home town, I have up until now always felt the pressure to play well and tonight was my first show with more than just me and guitar in a long time. My friends James and Charlie joined me at the Exchange to assist on Rhodes, piano and drums. Typically, during soundcheck, the Rhodes decided to break and we had to do some S.O.S. DIY which eventually worked a treat. Admittedly I stood there sipping my coffee telling everyone it would all be ok. Moral support is important yo! The show itself was wonderful and  it became one of my favourites of the year. Next year I am going to make sure I tour full band as much as possible.

6th December – Southampton, House Show – I bloody love a good house show, and I also bloody love Southampton so it was great to be able to play in my friend Kristianne’s house to a lot of new faces and some old friends. We were also introduced to their puppy – “Eric” who was excellent. On a side note I haven’t been drinking for the past month and it’s a strange one because generally at shows and particularly house-shows I will always have a drink either before or after playing. HEALTH KICK YO.

7th December – Cambridge @ Sofar Sounds – I’ve never played a Sofar Sounds before but it was a really cool environment and everyone listens in pretty intently. I didn’t realise the whole idea was set up by people who were getting bored of people talking over artists at bars so they took it into their own hands to put on shows at peoples houses. Kind of like Guerrilla Warfare but with less…guns. We had the absolute pleasure of watching Ez Stone perform which was quite frankly mind-blowing. If you get a chance you should definitely check his stuff out. Top guy, great songs and solid work ethic!

8th December – Bristol, House Show – Myself and my touring compadre Jimmy Broomfield awoke in Southampton to a delicious pot of coffee and excellent breakfast. After hanging out and playing with Eric some more we headed up to Bristol in the cold. Our friend Max met us after work and we made some delicious dinner and the show was wonderfully intimate. Bizarrely, just before the show – a cartoon-cardboard-cut-out of John Lennon fell from the wall onto Max our host and we proceeded to learn that it was the 8th December that he was killed. Spooky stuff. The house was freezing but we managed to keep everybody warm by Youtubeing “how to fix a radiator” and the first video we came to sorted it. WHAT MEN! It was also lovely to see our friend Barry AKA Oxygen Thief.

9th December – Leicester @ Looking Glass – I’ve played the Looking Glass about three times this year. The last time I played was a Friday night and it sucked because people were just there to get drunk so I was relieved to be playing for a friend who I’ve known since the days of me and Rob Lynch parading around the UK in the back of a Ford Fiesta. We played a really good show and if you EVER go to Leicester make sure to go to Bombay Bites on Braustone Gate. Hands down the best Indian I have had all year.

10th December – Worcester @ Heroes – The only way I can describe ‘Heroes’ in Leicester is a cross between a tudor style house and a mosh pit. When walking in the only people there were a couple of older dudes with AC / DC t-shirts on so I kind of got the feeling it would be one of ‘those shows’ but if turned out to be the best show of tour. After setting up the PA and getting distracted by the LUDICROUS effects on the mixer we played to a packed room and you could have heard a pin drop. I had the hairs on the back of my neck stand on edge at the end of my set, it was a wonderful crowd to play to.

12th December – Manchester @ Star and Garter – The last time I played Star and Garter was with Signals Midwest in September and this time it was absolutely freezing inside. People were going down stairs to stand by the radiators in-between bands.  I was really stoked to be finally seeing Helen Chambers play. I had heard of her through various sources over the year and she absolutely blew me away. Such a lovely person and to top off the night The Retrospective Soundtrack Players absolutely smashed the curfew as well as their performance. I hadn’t seen them play before but was an incredibly enjoyable experience.

13th December – Basingstoke @ White Swan – I always knew that tonight may be a little odd, my previous experiences of Basingstoke have lead me to sum up the area being just a big grey roundabout with clouds. We had a LONG drive from Manchester after staying with our good friend Sammy and his parents made us a sandwich that was all kinds of excellent! On entering the pub there was a man with a mullet slumped over a pint and I genuinely felt like I was in an EDL stronghold. HOWEVER, my pal Rob had sorted me out this show and it ended up being a really nice show to play. Note to self, smoke machines are there for affect and probably not to make you think that you are in an episode of the Crystal Maze. 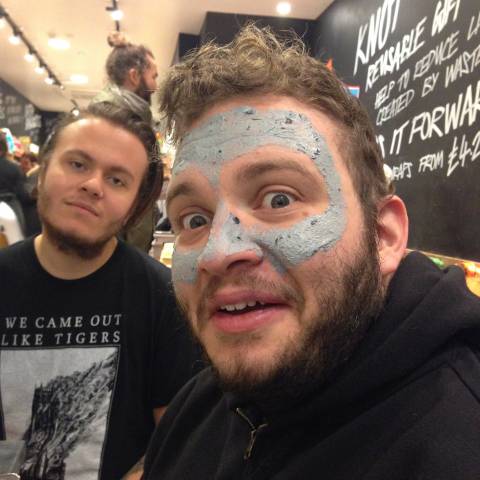 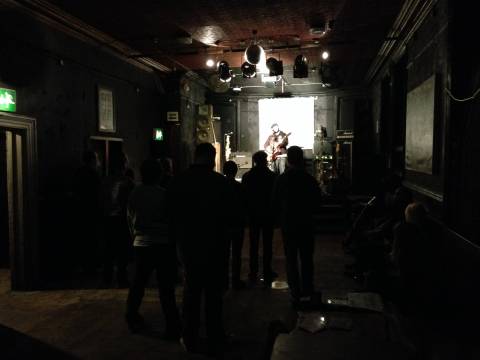 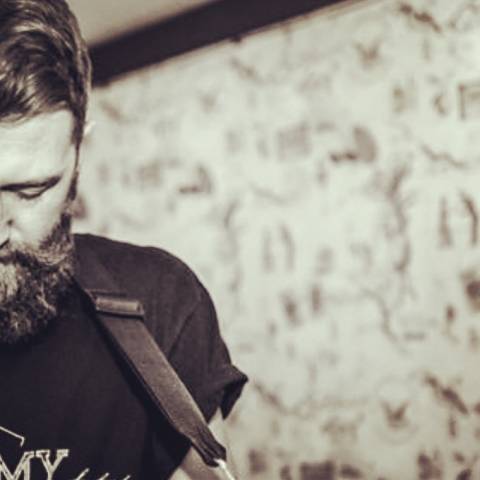 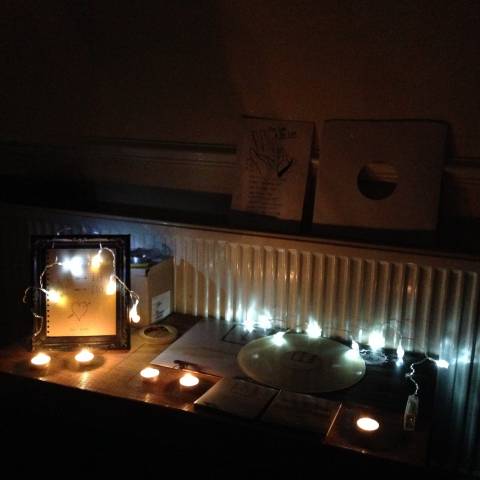 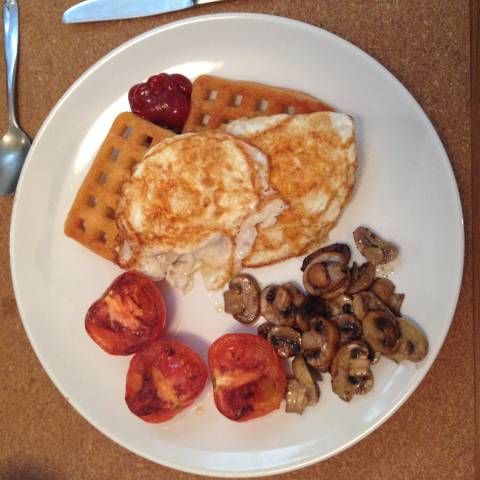 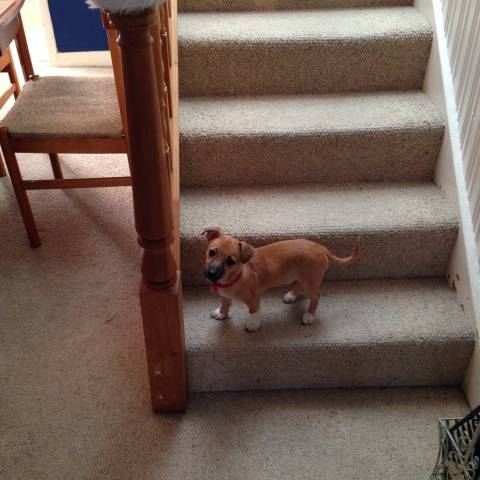