The Kut Bring Out The Big Guns With New Single

Following the announcement that London Grungers The Kut will be releasing EP ‘Rock Paper Scissors’ via Criminal Records on 13th April 2015, the fiesty trio have now unveiled their video single ‘Alekhine’s Gun’. 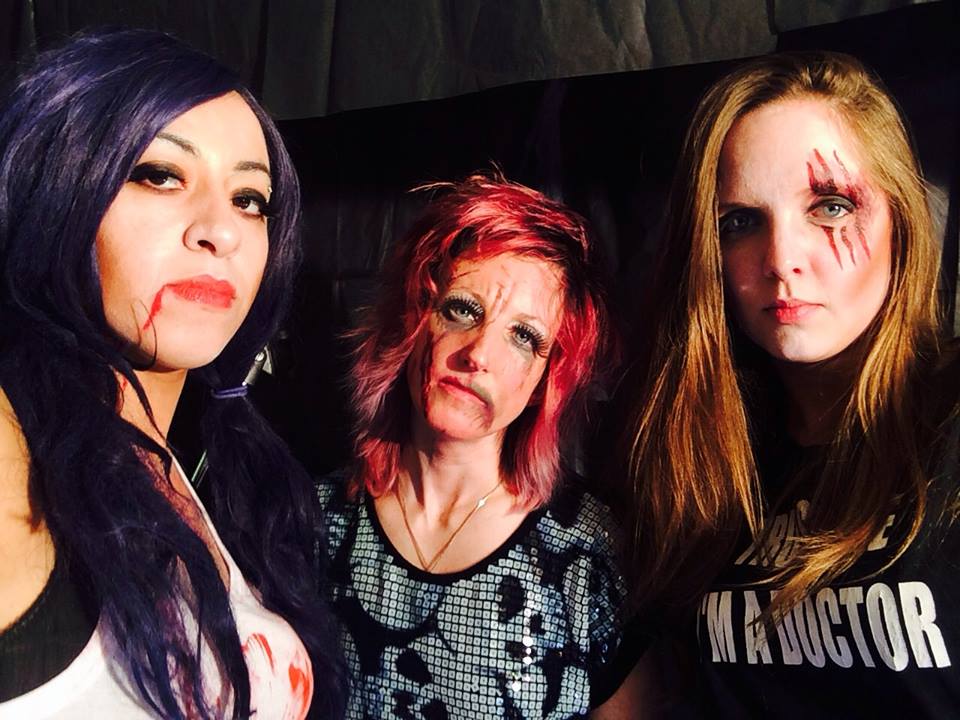 Following the announcement that London Grungers The Kut will be releasing EP ‘Rock Paper Scissors‘ via Criminal Records on 13th April 2015, the fiesty trio have now unveiled their video single ‘Alekhine’s Gun‘. Viewable HERE, the single name originates from a chess move, something which vocalist and former chess champion Maha knows well: “It’s a powerful winning manoeuvre from a 1930s final match, where the queen and the rooks form a strong assault against the king. The title seemed to fit on a lot of fronts and the track talks about staying strong in the face of difficult circumstances.”

Perhaps unsurprisingly the video draws on this reference to the monochromatic board game, featuring a narrative based around agame…to the death! Maha explains “The back-story to the video is not seen, but it features a love triangle with a girl and two best friends. Having been involved with both men, on her wedding day, the groom takes the pair to the forest for the battle. Her ex-lover has no choice but to play the groom, because if he doesn’t the girl will die.” But it’s not all fun and games, there is a serious message behind the content: “Basically people go through terrible things that we don’t see in their Facebook feeds and Twitter posts. You don’t have to come out of those things stronger, sometimes if you can just come through them alive then that is already a huge achievement.”

Find More On The Band At: https://www.facebook.com/thekutgirlsrock