Jokers will be releasing there third album ‘Hurricane’ on 18th September 2015 (2nd October in the US) on Steamhammer/SPV as CD, LP and Download. 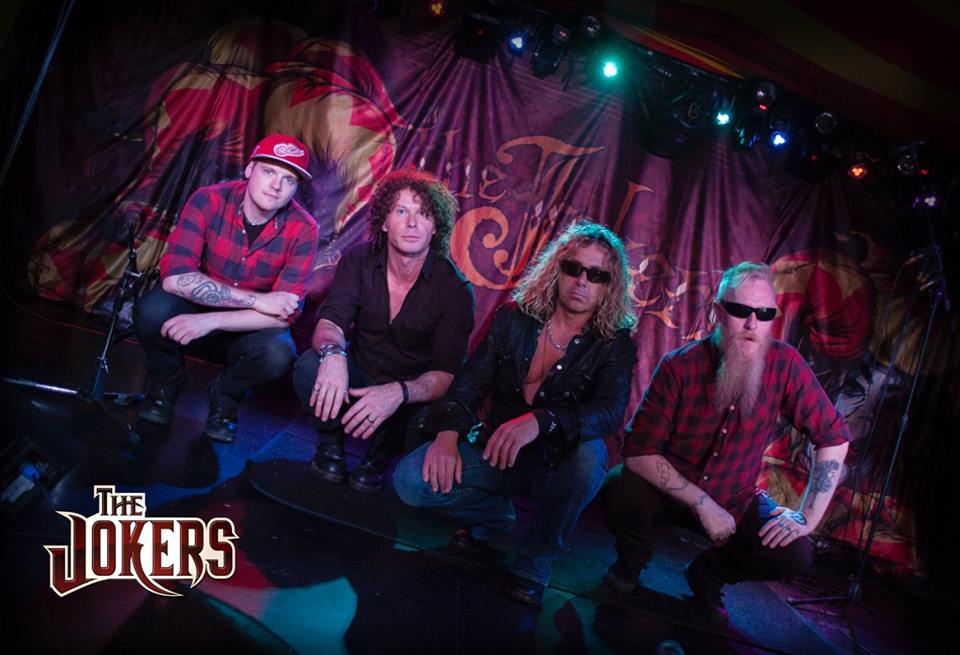 Jokers will be releasing there third album ‘Hurricane‘ on 18th September 2015 (2nd October in the US) on Steamhammer/SPV as CD, LP and Download.

‘Hurricane’, the third album by the four-piece surrounding vocalist Wane Parry and guitarist Paul Hurst leaves no doubt where their roots are and where their direction is taking them. “The style we play is ‘big rock’, that sound and feel runs through all our albums,” Hurst explains, adding: “Groove, riff-based songs with a strong top-line vocal melody and hooks. With Hurricane, we have still maintained this sound but tried to capture more of the raw live energy of the band in the recordings.” An energy which oozes through all 12 tracks (plus bonus material) on the album.

After their 2013 release “Rock’n’Roll Is Alive”, The Jokers used every opportunity to present their haunting rock songs to the public. Countless club gigs all over the UK, a three-week tour of Spain, appearances at renowned festivals, such as Planet Rockstock, Hard Rock Hell and Guildfest – The Jokers know that they usually find the most important inspirations for their music in the streets. In addition, the musicians started directly after the release of ‘Rock’n’Roll Is Alive‘ – along with their live activities – to integrate those influences into new material. As often as possible, Parry, Hurst and the two new additions Dan Evans (drums) and Phil Hartley (bass) met at their rehearsal room to work on the material for ‘Hurricane’. Talking of new additions: Parry and Hurst have obviously struck home when it comes to their two new band members: “Dan has been with the band for the last two years. His style is a cross between John Bonham and Stuart Copeland. Phil on bass has the look of a Viking but plays like Andy Fraser.”