The Hardest Working Bands of the Year

Now as we all know, bands work super-hard, whether it’s to make a living, keep their fans happy or both! I have compiled a list of some of the most hardworking (in my opinion) bands and artists out there this year. If I put everyone who I thought deserved a spot, this list would be never ending!! 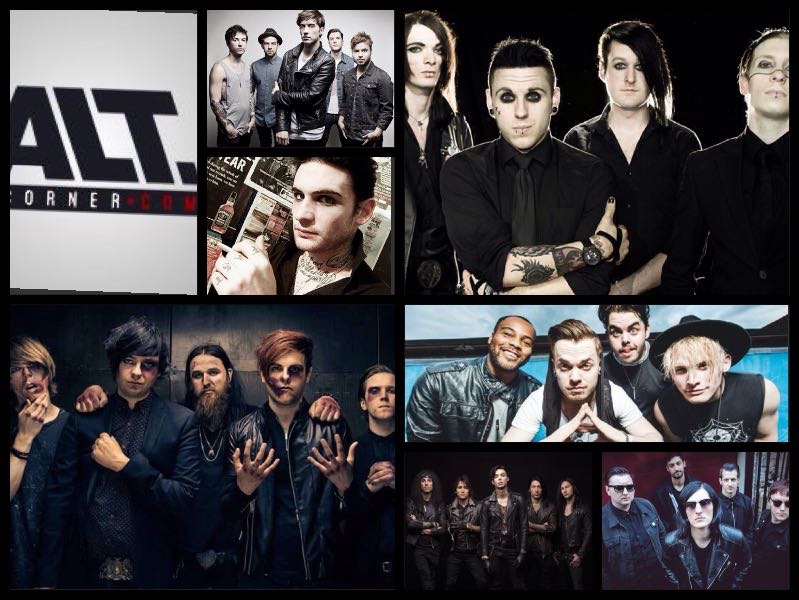 Now as we all know, bands work super-hard, whether it’s to make a living, keep their fans happy or both! They’re always working in some form or another, this is much more prevalent in the underground, alternative scene although it doesn’t get the publicity that their pop or mainstream counterparts. Not taking anything away from any of the bands, I have compiled a list of some of the most hardworking (in my opinion) bands and artists out there this year. If I put everyone who I thought deserved a spot, this list would be never ending!!

First up are Bristol new grave kings Ashestoangels, the band have shown exactly why they have been backed by Kerrang magazine in recent times with their work ethic being top-notch! They’ve done a February tour with 48 Hours, April tour as main support for William Control on The Punishment Tour part 2, a lot of one-off gigs, a support slot for Alesana among others (as frontman Adam Crilly commented during my research “At least 100 shows per year. Or give me DEATH” – dedication to the extreme there from Crilly). The band also devised, planned, booked, ran and totally owned their UK headline British Horror Story tour. They were nominated for ‘best British newcomer’ at the 2015 Kerrang Awards and have appeared at festivals including Takedown, Camden Rocks and Whitby. Along with devising and printing merchandise to help raise funds for the rest of the year in which they have received their biggest opportunity to date; supporting Black Veil Brides and Aiden in the US of A!

Black Veil Brides are like marmite, but love them or hate them, there’s no denying they’re one of the hardest working bands on the circuit right now! Following the release of BVB IV in October 2014, the current album cycle has taken the band on a year long world tour seeing them visit the UK and Europe twice, two massive American tours as well as visiting countries they’ve never been too before! A sub-headline slot at Download festival and a headline run on Warped Tour 2015 and headline slot at Warped Tour UK. The world tour sadly comes to an end this month, but that doesn’t mean they stop working, with album number five (or six if you count the Sex & Hollywood EP released in the States only) already being talked about and frontman Andy Biersack spending his rare downtime either starring in girlfriend Juliet Simms’ music videos or providing guest vocals on her tracks while also penning the long-awaited Andy Black solo record.

Young Guns may not have been in the UK much this year, however they’ve been spreading their infectious alt-rock throughout the US and the rest of the world! Alongside the release of mega-hit Ones And Zeros, they popped into Donington for a not-so-secret, secret set at Download festival, performed at 2000 Trees amongst a mini-run of headline dates before embarking on more around the world adventures including visiting Japan and a slot at Warped Tour UK during the middle of their ‘homecoming’ of sorts tour of the U.K this month.

The godfather of goth, Will Francis (AKA William Control/ Aiden) has been very busy touring the UK and USA on William Control’s The Punishment Tour before settling down to write Aiden’s final album (sob!) and now taking Aiden on the road with dates with Black Veil Brides and a headline tour ‘The Last Sunrise’ bringing the year to a close and shutting the door on the Aiden chapter of his life.

Florida punks Set It Off have sent most of the year on the road it seems! They’ve visited the UK not once but THREE times on tour as support for Crown The Empire and Mallory Knox with a headline tour in support of their Duality album and a Slam Dunk appearance sandwiched in between. A realise of Duality and Duality: Stories Unplugged EP comprised of acoustic versions of five album tracks and new single Wild Wild World (check the video out BTW!) and a run on Warped Tour alongside mainland European and American tours, there’s no rest for the wicked!

Creeper have not been around for long (just over a year in fact!), however, they’ve toured with Moose Blood TWICE, legendary horror punks The Misfits and are currently on tour with Frank Carter and The Rattlesnakes. The goth punk quintet have also had slots at Takedown, Download, 2000 Trees and Hevy festivals, signed to RoadRunner Records and released 2 EPs, including the massive Callous Heart. They don’t seem to be slowing down either with headline shows dotted throughout the calendar and a UK run on the massive State Champs and Neck Deep world tour at the start of next year!

Another very busy band has been Fearless Vampire Killers. The goth rock/death pop quintet have rarely been out of the spotlight with not one but THREE European tours as support for In This Moment, Black Veil Brides and Annisokay respectively, a rescheduled full UK headline tour in support of their Unbreakable Hearts album that was released late 2014, stints at several festivals including Download festival, Y Not festival and Warped Tour UK alongside organising and headlining their own Havoc festival. The band were also subject to some filming by ITV at one of their gigs this year! There have also been appearances at Summer In The City, meet-ups for their Obsidian Bond social network in both London and Doncaster and becoming the first band to have a stall at London’s Comic Con.
On top of this, they’ve released a double-A side single of Danger and Braindead, a video for the former, Like Bruises single and video and are releasing their Bruises mini-album on the 23rd October. The band have also been designing and releasing new merchandise, a comic called The Vigilante and constantly updating their social network with podcasts,movie chats and tour diaries and their YouTube channel with weekly videos. Add the fact that they have a pledgemusic campaign which fulfilling the pledges would have taken up a lot of their spare time, co-frontmen Kier Kemp and Laurence Beveridge DJing at Uprawr club nights and writing the next in the Grandomina book series respectively, there doesn’t seem to be a time when these five are not working! To top it all off, a surprise is being planned for after the Bruises release for Obsidian Bond, will be performing at Whitby Goth Weekend and they are playing a Christmas show in Swansea on December 16th means that even in the run up to the festive season, they aren’t slowing down!